The father of the gunman who allegedly opened fire on a Fourth of July parade in Highland Park this year is now facing charges in connection to the mass shooting.

HIGHLAND PARK, Ill. - Bond was set for the father of the gunman who allegedly opened fire on a Fourth of July parade in Highland Park this year.

Robert Crimo Jr. appeared in bond court Saturday morning where a judge set his bond at $50,000.

His lawyer told the judge Saturday that Crimo would be able to pay the required bond amount for his release.

At the 10-minute hearing, conducted via video link, Lake County Judge Jacquelyn Melius said she accepted an agreement between Crimo’s lawyer and prosecutors that bond be set at $50,000. Among the conditions of his release, the judge told him, was that he turn in any gun licenses, as well as any weapons at his home.

He was charged with seven counts of felony reckless conduct on Thursday and surrendered himself to law enforcement Friday. 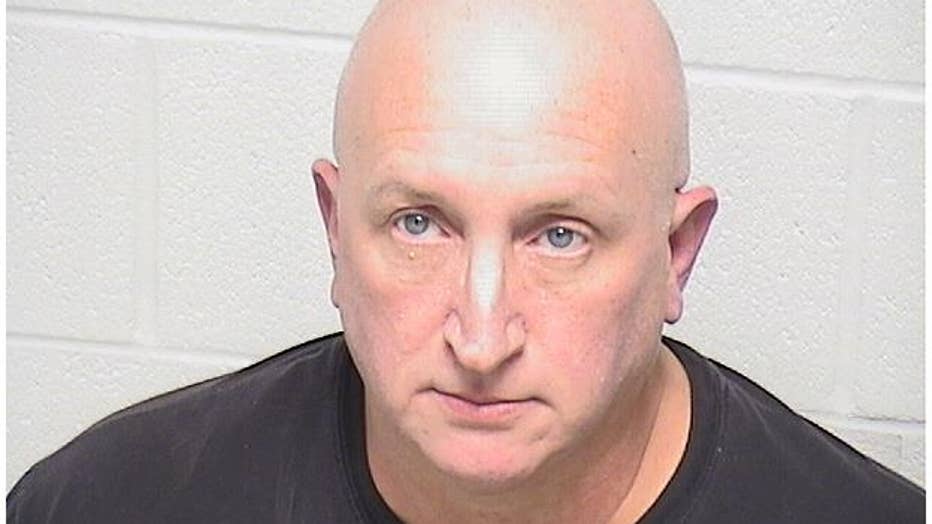 "Robert Crimo Jr., again the father, took a reckless and unjustified risk when he decided on Dec. 16, 2019, to sign his son's application for a firearm owner's ID, or FOID card. At the time he signed the application, his son was 19 and could not — let me say that again — could not get a FOID card, and because of that, could not legally purchase a firearm without his father's assistance in that application process," Lake County officials said.

Dozens of people were injured or killed in the Fourth of July shooting, which was thought to have been planned by Robert Crimo III, for several weeks.

Crimo III was indicted on 117 felony charges. He was charged with 21 counts of murder, three counts for each person who died. He also faces counts of attempted murder and aggravated battery for each of the 48 people wounded that day.

He pleaded not guilty on Aug. 3.

The shooting occurred at a spot on the parade route where many residents had staked out prime viewing points early in the day for the annual celebration. Dozens of fired bullets sent hundreds of parade-goers — some visibly bloodied — fleeing.

Crimo III was also allegedly disguised as a woman at the time of the shooting.

After the shooting, Crimo III allegedly blended in with the crowd and walked to his mother's home in the area where he borrowed her vehicle, Lake County officials said. A member of the community spotted Crimo III driving and called 911.

He was pulled over and arrested during a traffic stop about five miles north of the shooting.

A group of victims from the Forth of July Highland Park mass shooting are suing the manufacturer of the rifle used by the shooter.

Another rifle was recovered from Crimo III's vehicle when he was arrested. Police found more guns at his residence in Highwood.

All the guns were purchased legally in Illinois and under his name, officials said.

According to Lake County officials, there were two prior instances where police were called to the suspect's residence.

In April 2019, an individual contacted the police after Crimo III attempted suicide. This instance was turned over to mental health professionals.

In September 2019, a family member contacted police after Crimo III allegedly said he wanted to "kill everyone." Police responded and removed several knives, a sword and a dagger.

The report was in connection to a threat he allegedly made against his family. No one, including members of his family, was willing to move forward on a complaint, ISP said.

No arrests were made at that time.

Then, in December 2019, at 19, Crimo III applied for a FOID card and was sponsored by his father.

At the time, ISP said there was an insufficient basis to establish a clear and present danger and deny the application.

If you or a loved one is feeling distressed, call the National Suicide Prevention Lifeline. The crisis center provides free and confidential emotional support 24 hours a day, 7 days a week to civilians and veterans. Call the National Suicide Prevention Lifeline at 1-800-273-8255 (tel:18002738255). Or text HOME to 741-741 (Crisis Text Line). CLICK HERE for the warning signs and risk factors of suicide. Call 1-800-273-TALK for free and confidential emotional support.