Valley fever is an infection of the lungs and causes respiratory symptoms like a cough, difficulty breathing, fever, and tiredness or fatigue. In rare cases, the Valley fever fungus can spread to other body parts and cause severe disease.

Over 35 million tons of plastic pollution is produced on Earth each year, and about a fourth of that ends up in the water, scientists say.

Conditions are starting to improve after a week of winter weather across the southern U.S. FOX 4 Dallas' Shannon Murray joined LiveNOW from FOX's Josh Breslow with a look at conditions in that part of Texas.

Several states are dealing with dangerous ice in the wake of winter storms. FOX Weather's Nicole Valdes joined LiveNOW from FOX's Josh Breslow live from Memphis, Tennessee with a look at conditions.

Humidity and air pressure changes may allow you to smell a snowstorm before it begins.

Mountain View Fire Rescue said it was an unusual call for help and it took a team effort to pull the animal to safety.

After the highest initial count in two decades around Thanksgiving, atmospheric river-fueled storms led to the loss of the iconic western monarch butterflies. 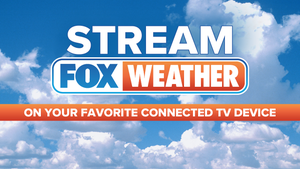