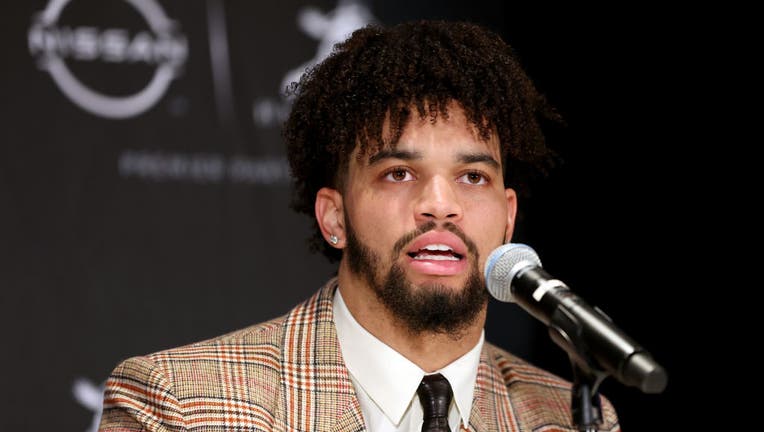 NEW YORK, NEW YORK - DECEMBER 10: Quarterback Caleb Williams of the USC Trojans speaks to the media during a press conference prior to the 2022 Heisman Trophy Presentation at New York Marriott Marquis Hotel on December 10, 2022 in New York City. (Pho

Ohio State's C.J. Stroud was third in the voting after coming in fourth last season. Georgia quarterback Stetson finished fourth. The top-ranked Bulldogs will face Stroud and the fourth-ranked Buckeyes in the College Football Playoff on Dec. 31. 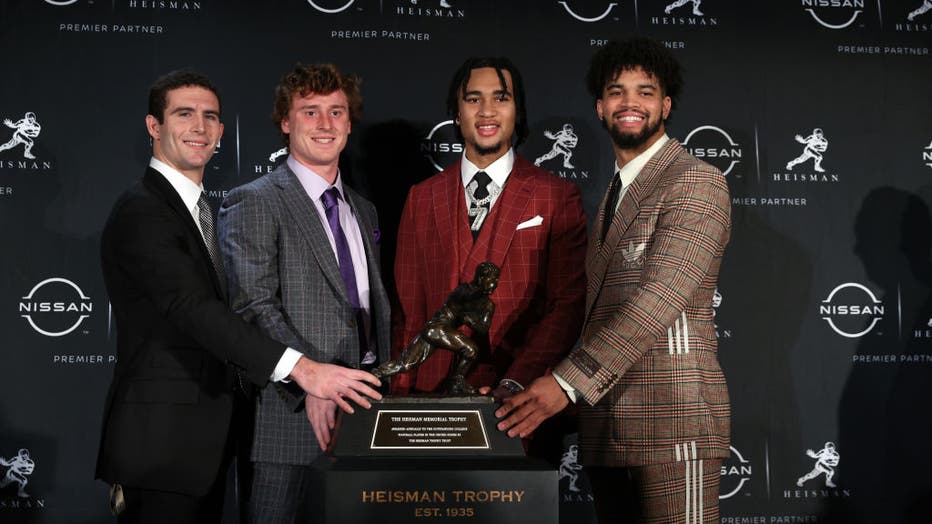 Duggan and the third-ranked Horned Frogs will play No. 2 Michigan in the other CFP semifinal on New Year's Eve.

Williams and No. 8 USC fell short of the Pac-12 championship and a spot in the playoff, but it was still a rebirth for a college football blue blood that has had only short spurts of success over the last decade. 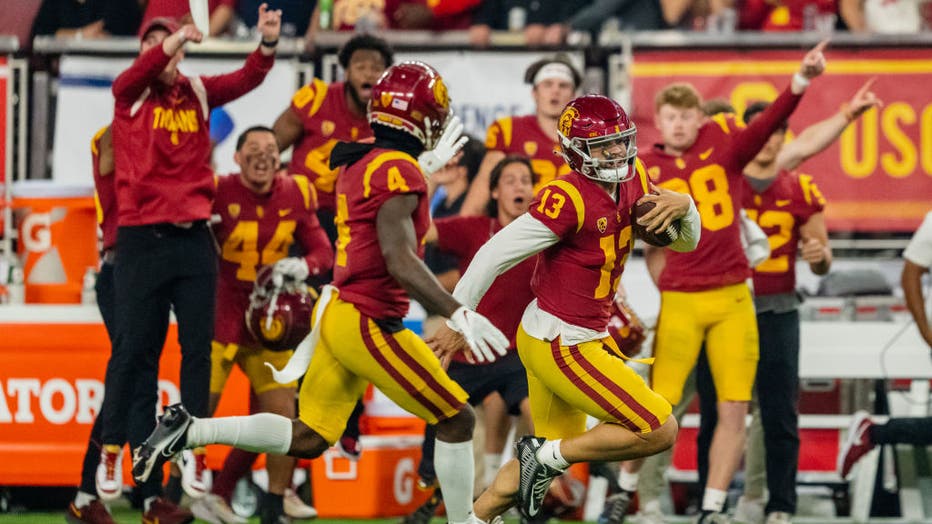 LAS VEGAS, NV - DECEMBER 2: Caleb Williams #13 of USC runs down field during a game between the USC Trojans and the Utah Utes at Allegiant Stadium on December 2, 2022 in Las Vegas, Nevada. (Photo by Jason Allen/ISI Photos/Getty Images).

The last time USC had a Heisman winner was 2005, when running back Reggie Bush was the second of consecutive Trojans players to win the award. Matt Leinart won the Heisman in 2004 on the way to a national championship.

Bush's Heisman win, the Trojans' seventh, was later vacated for NCAA violations that began the descent of USC.