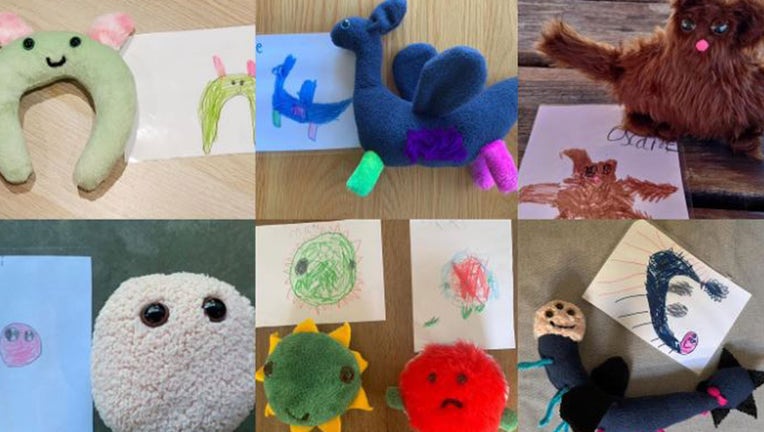 A teacher in Melbourne, Australia, made handmade toys for her students based on their drawings. (Credit: Reid Parker/teacher and children of class FC)

MELBOURNE, Australia - A teacher in Melbourne, Australia is gaining worldwide attention after making handmade toys for her students based on the drawings they created in their classroom.

Reid Parker, a student’s parent, posted the photos on social media to "share how wonderful they [the toys] were."

"I guess it came at the right time of the year, because it became a very widespread story and captured the hearts of a lot of people," he wrote.

His son, Oscar, and the rest of his Kindergarten class had been given unique toys from the teacher — each one based on a "monster" the kids had been asked to draw.

Parker told FOX Television Stations he wasn’t expecting "the accuracy" of what his son brought home.

"I was spellbound by how amazing they all looked, so asked the parents if I could wrap them into a larger post online," he shared.

As of Wednesday, Parker's post on Twitter has been viewed nearly 4 million times and liked by more than 106,000 people.

Parker told FOX that the kids "absolutely love their toys."

"We've gone home to New Zealand to visit family for Christmas and the as-yet-unnamed toy has come with us.
It's apparently a therizinosaurus, which he saw recently in 'Jurassic Park Dominion,'" he continued.

After his story went viral, Parker chose to set up a GoFundMe account to raise money for the teacher, who wishes to remain anonymous. 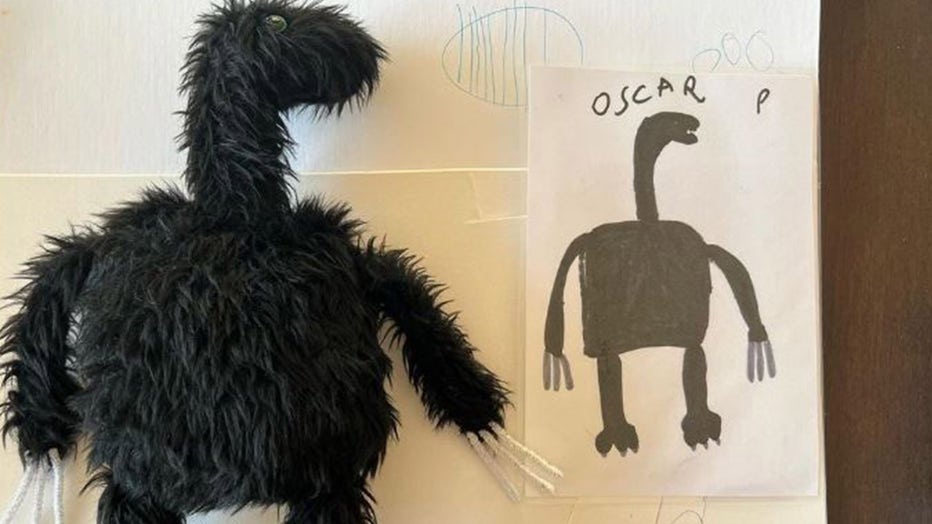 A teacher in Australia made the toy from a student's drawings (Credit: Reid Parker/ teacher and children of class FC)

"A lot of people have asked for ways to give a little gift to her to help pay for supplies, or just a ‘thank you’ for bringing them a little joy," he continued.

As of Wednesday, the GoFundMe account raised more than $3,400. You can make a donation to the teacher here.

In his post, Parker included a message to "pay teachers more."

Elaborating, Parker told FOX, "There are teachers out there who do amazing things for their students that aren’t always as tangible as what my son’s teacher has done. Just being an adult who listens to them can be enough to improve a kid’s life, or someone who is passionate about dinosaurs, or space, or art can jump start a child’s imagination."

He continued, "These people spend so much time with our children, we want to ensure they’re rewarded appropriately and not just thought of as glorified babysitters. There is certainly a difference in teachers’ pay between Australia and the U.S. but regardless, we need to ensure they’re paid enough so we can attract and keep the best of the best."