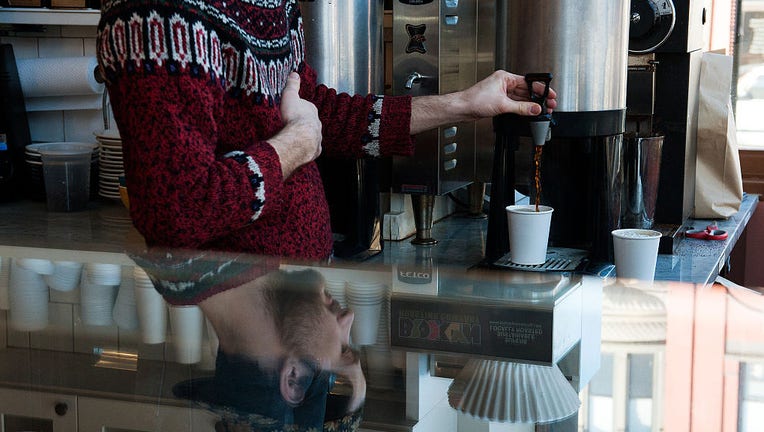 Just about everyone has faced a certain "moment" at a coffee shop.

It's when the barista spins around the tablet with a touchscreen that reads, "Would you like to leave a tip?"

While it’s become a common occurrence at many eateries and local shops, consumers during the holidays may feel even more pressure to provide a little extra something for those in the service industry.

HOLIDAY GUIDE TO TIPPING ‘THE PEOPLE WHO HELP YOU ALL YEAR’: AN EXPERT'S ADVICE FOR SEASONAL SPENDING

Leaving a tip at the counter is not necessary, lifestyle and etiquette expert Elaine Swann told Fox News Digital in a recent interview.

"Etiquette would dictate that that is not a requirement," she said.

Swann, the founder of The Swann School of Protocol in California, explained that leaving a tip is based on the worker's salary.

Waitress gets $1,300 tip after cancer battle

A group of 13 women gave a Wisconsin waitress a $1,300 trip after she battled cancer alongside her sister, who lost her fight with the disease in October.

Most servers who wait tables at restaurants or bars don’t earn a full salary and instead rely on tips to make a living.

Employees who work behind counters and registers most likely are earning standard salaries, however — so a tip would be "above and beyond" what they normally make, she said.

"Typically, what happens is the proprietor of that establishment — they're offering a perk to their employees and putting that perk on the backs of the consumers," she said.

"So there's a lot of social pressure that consumers are feeling right now to have to tip at that counter — and that is a little bit challenging," she added.

CAREER CHALLENGE AT THE HOLIDAYS: HOW DO YOU HANDLE THE OFFICE GIFT EXCHANGE?

Adding a tip feels "necessary" to the customer, since it’s already built into the system of checking out, Swann also said.

"But it does not line up with the same standards and practices as your tipping of a restaurant server," she also said.

It's nice, however, to include a tip if the service was exceptional, if you’re a regular at the establishment or if you placed a large order.

Customers who feel pressured to tip should know that the people standing behind the counter will earn their daily wage regardless of whether they’re tipped or not, said Swann.

The polite thing to do is act quickly, she said, decline leaving a tip on the screen and move on.

"Don't linger — and resist the urge to explain or make any excuses," she said.

"Just make it part of the natural transaction."

"Stand firm in knowing that [the employee] is taken care of … they’ll be OK."

Get updates to this story on FOXBusiness.com.