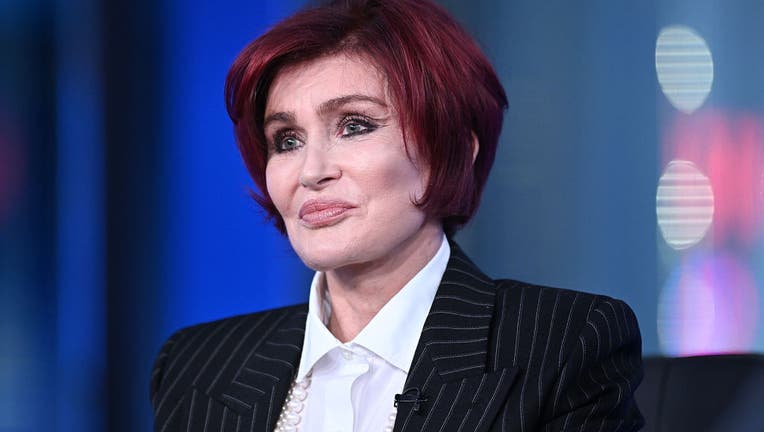 Sharon Osbourne's son Jack Osbourne shared an update on his mother's condition after she was rushed to the hospital.

The 37-year-old television personality assured fans that the 70-year-old former talk show host was now at home after being "given the all clear from her medical team." He also addressed reports that Sharon was filming an episode of the Travel Channel’s "Ghost Adventures" when she experienced a medical emergency.

"Ok, here is what I'll say - first things first MY MOTHER WASN'T FILMING AN EPISODE OF @ghostadventures," Jack wrote in a post on his Instagram story on Saturday. "She was filming an episode of Night of Terror with me. Hahaha."

He continued, "Now that we have made that clear…She has been given the all clear from her medical team and is now home. Thank you to everyone who has reached out with love and support."

"As to what happened to my mum - I'm gonna leave it to her to share about it when she's ready."

Earlier on Saturday, Santa Paula Police Chief Don Aguilar confirmed to Fox News Digital that Sharon was rushed to the hospital after a medical emergency,

WATCH ‘SHARON OSBOURNE TO HELL & BACK’ ON FOX NATION

Ventura County Fire Department told Fox News Digital that their team responded to a "medical call" at Glen Tavern around 6:30 p.m. Friday and transported one patient to Santa Paula Hospital.

Fox News Digital reached out to Glen Tavern and a representative said they had "no comment" about the situation.

The Glen Tavern Inn, located in Santa Paula, California, has been featured on an episode of the Travel Channel’s "Ghost Adventurers." Earlier reports had indicated that Sharon was filming an episode of the show when she was transported to the hospital.

Sharon, her husband Ozzy, their daughter Kelly and Jack also starred in the Travel Channel's "The Osbournes: Night of Terror," in which they hunt for ghosts and investigate the paranormal. Sharon and Ozzy are featured on another show on the Travel Channel called "The Osbournes Want to Believe," where the family journeys into the "unknown" amid UFO sightings and paranormal activities.

Sharon’s medical emergency comes on the heels of a challenging year for the Osbournes.

Her husband Ozzy, 73, revealed he has Parkinson’s disease in January 2020 and underwent major surgery this past June.

She spoke out about her husband’s difficult surgery during a recent appearance on her UK chat show Talk TV.

SHARON OSBOURNE SAYS SHE DOESN'T WANT TO RETURN TO TV DUE TO CANCEL CULTURE: 'IT'S NOT A SAFE PLACE TO BE'

Sharon at the time also revealed that this procedure was "really going to determine the rest of his life."

Luckily, Ozzy expressed that he had made significant improvements in his health since undergoing the major surgery.

Married since 1982, the Osbournes have entered a new phase of their relationship since the former Black Sabbath star has been diagnosed with Parkinson's disease.

In a vulnerable interview on the ITV show "Paxman: Putting Up With Parkinson's," Sharon shared, "When I look at my husband, my heart breaks for him."

She admitted in October, "Suddenly, your life just stops, life as you knew it."

The Osbournes, who celebrated their 40th wedding anniversary a few months ago, have been candid about the struggles they have faced in the past several years, both professionally and personally.

Sharon reluctantly left her job last year as a host of "The Talk."

In recent years, Ozzy has suffered several health scares due to his condition and has had to significantly alter how he spends his days.

In addition to Kelly and Jack, the couple also share daughter Aimee. Ozzy also has Louis and Jessica from his previous marriage to ex-wife Thelma Riley.