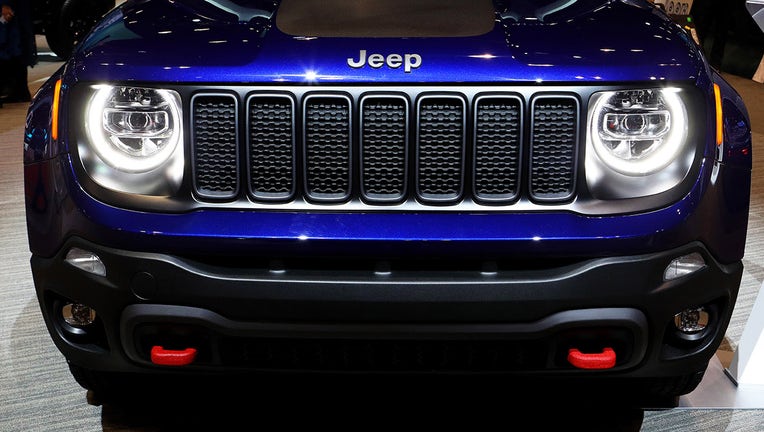 File: A 2020 Jeep Renegade is on display at the 112th Annual Chicago Auto Show at McCormick Place in Chicago, Illinois on February 7, 2020. (Photo By Raymond Boyd/Getty Images)

DETROIT - Most small SUVs flunked the latest frontal crash tests done by the insurance industry, but oddly enough, they're just as safe as they were before.

That's because the Insurance Institute for Highway Safety updated the test so it places more emphasis on keeping back-seat passengers safe.

Only the Ford Escape and Volvo XC40 got the top "good" rating in this year's testing released Tuesday. The Toyota RAV4 was rated "acceptable," while Audi's Q3, the Nissan Rogue and the Subaru Forester were "marginal."

"Before we were just focused on how well the driver was protected," Harkey said. "It's not that the vehicle has become any less safe."

The institute has a history of changing its widely watched tests in an effort to get automakers to make safety improvements, and Harkey says they normally respond to the changes.

While safety belts restrain back-seat passengers, they're susceptible to head and neck injuries, and in many of the SUVs, the belts are relatively low tech and simply tighten up in a crash.

Newer belts have sensors that determine a crash is imminent and they pull a passenger into the proper seating position before a crash, slowing the passenger's speed with the vehicle, Harkey said. After impact, they loosen a bit to prevent belts from rising off the pelvis and into the abdomen where they can cause severe internal injuries, he said.

Some automakers already have put more sophisticated belts in their back seats, something that can be done without a big model update, Harkey said. "The industry has always been good about responding to tests that we have introduced," he said. "We expect they will do so in this case, and we expect they will be able to do so quickly." 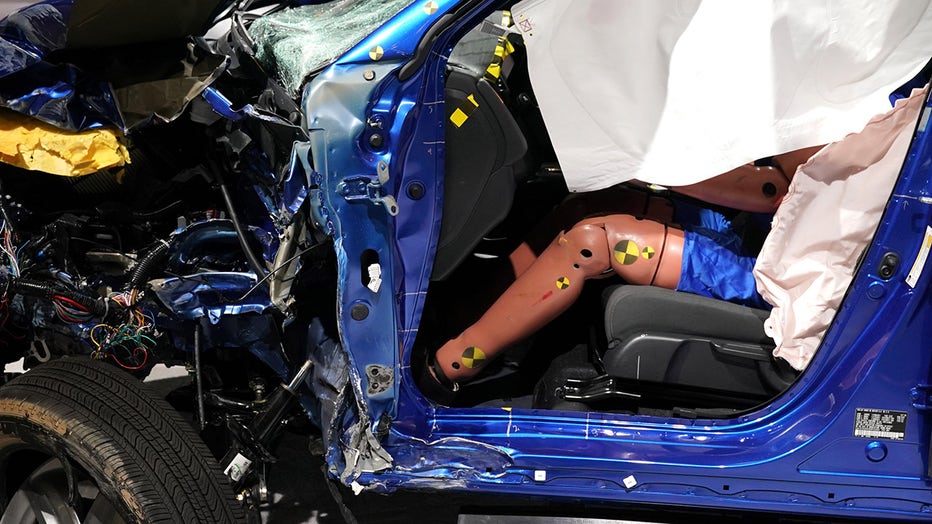 File: The 2019 Honda HR-V Insurance Institute for Highway Safety crash test car is seen during the press preview days of the 2019 New York International Auto Show at the Javits Center in New York on April 17, 2019. (TIMOTHY A. CLARY/AFP via Getty Ima

The institute used a crash dummy that represents a small woman or a 12-year-old child to test for injuries to rear-seat passengers, and Harkey says the dummy does a good job of showing risk to passengers of all sizes.

When the IIHS introduced the moderate overlap front crash test in 1995, most vehicles were rated poor or marginal. Automakers responded with stronger structures and air bags to make front-seat riders safer, and all 15 small SUV models used to get good ratings.

In the original moderate overlap test, a vehicle travels at 40 mph toward an aluminum barrier. About 40% of the vehicle's width hits the barrier on the driver's side.

Some of the SUVs tested have more sophisticated rear safety belts, but the timing has to be worked out to function better in the milliseconds before and after a crash, Harkey said. "Now they've got to go back and figure out are they firing at the right time?" he said.

Small SUVs are the most popular new vehicles sold in the U.S. So far this year, compact and subcompact SUVs combined account for 23.4% of all new vehicle sales, according to Edmunds.com.