Listen: The sounds of a dust devil on Mars

The sights and sounds from the surface of Mars. You may need to turn up the volume. (Credits: NASA / JPL-Caltech / LANL / CNES / CNRS / INTA-CSIC / Space Science Institute / ISAE-SUPAERO)

CAPE CANAVERAL, Fla. - What's a dust devil sound like on Mars? A NASA rover by chance had its microphone on when a whirling tower of red dust passed directly overhead, recording the racket.

It's about 10 seconds of not only rumbling gusts of up to 25 mph (40 kph), but the pinging of hundreds of dust particles against the rover Perseverance. Scientists released the first-of-its-kind audio Tuesday.

It sounds strikingly similar to dust devils on Earth, although quieter since Mars’ thin atmosphere makes for more muted sounds and less forceful wind, according to the researchers.

The dust devil came and went over Perseverance quickly last year, thus the short length of the audio, said the University of Toulouse’s Naomi Murdoch, lead author of the study appearing in Nature Communications. At the same time, the navigation camera on the parked rover captured images, while its weather-monitoring instrument collected data.

"It was fully caught red-handed by Persy," said co-author German Martinez of the Lunar and Planetary Institute in Houston. 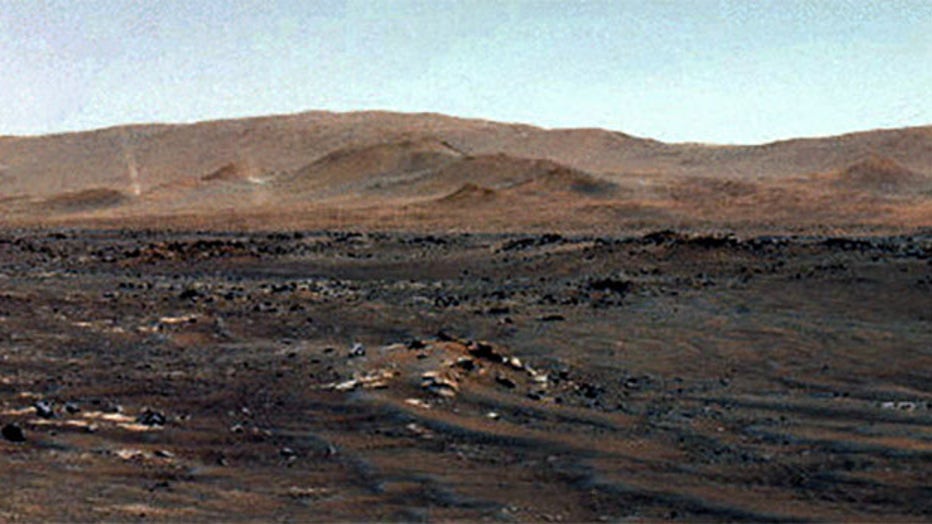 NASA’s Perseverance Mars rover used one of its navigation cameras to capture these dust devils swirling across Jezero Crater on July 20, 2021. (NASA/JPL-Caltech/SSI)

Photographed for decades at Mars but never heard until now, dust devils are common at the red planet. This one was in the average range: at least 400 feet (118 meters) tall and 80 feet (25 meters) across, traveling at 16 feet (5 meters) per second.

The microphone picked up 308 dust pings as the dust devil whipped by, said Murdoch, who helped build it.

Given that the rover’s SuperCam microphone is turned on for less than three minutes every few days, Murdoch said it was "definitely luck" that the dust devil appeared when it did on Sept. 27, 2021. She estimates there was just a 1-in-200 chance of capturing dust-devil audio.

Of the 84 minutes collected in its first year, there's "only one dust devil recording," she wrote in an email from France. 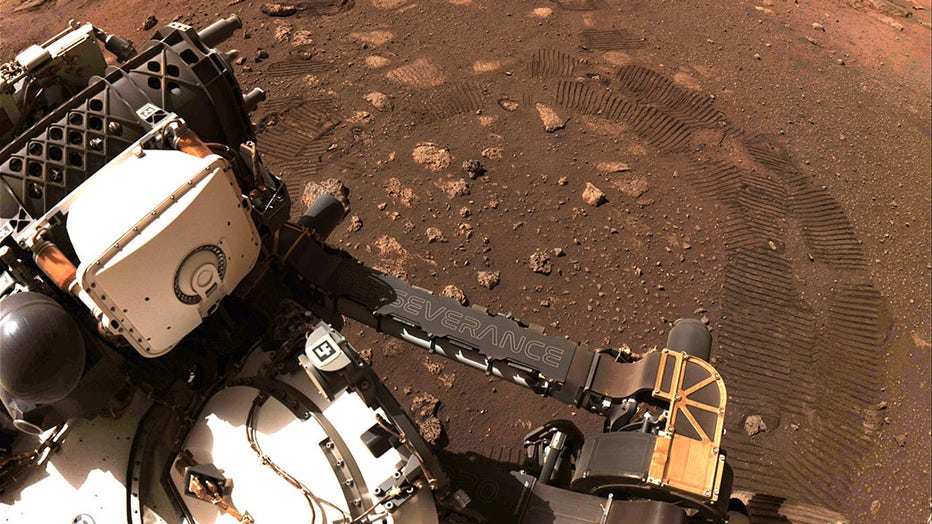 This image was taken during the first drive of NASA’s Perseverance rover on Mars on March 4, 2021. (NASA/JPL-Caltech)

This same microphone on Perseverance’s mast provided the first sounds from Mars — namely the Martian wind — soon after the rover landed in February 2021. It followed up with audio of the rover driving around and its companion helicopter, little Ingenuity, flying nearby, as well as the crackle of the rover’s rock-zapping lasers, the main reason for the microphone.

These recordings allow scientists to study the Martian wind, atmospheric turbulence and now dust movement as never before, Murdoch said. The results""demonstrate just how valuable acoustic data can be in space exploration."

On the prowl for rocks that might contain signs of ancient microbial life, Perseverance has collected 18 samples so far at Jezero Crater, once the scene of a river delta. NASA plans to return these samples to Earth a decade from now. The helicopter Ingenuity has logged 36 flights, the longest lasting almost three minutes.