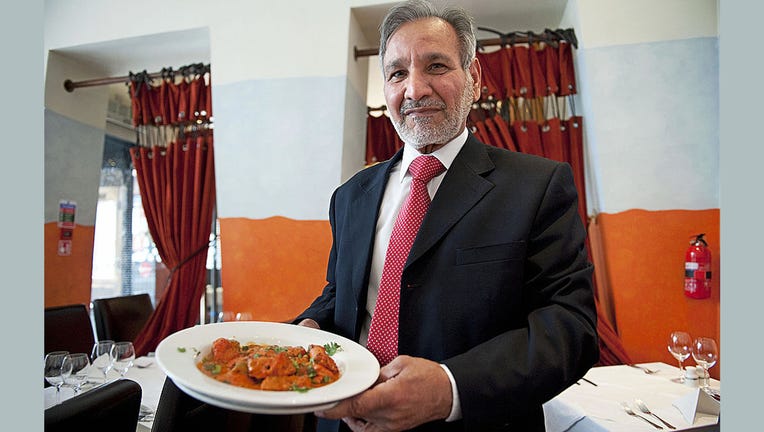 GLASGOW, Scotland - Ali Ahmed Aslam, a chef often credited with inventing the popular chicken tikka masala dish, has died, according to a post by his restaurant and multiple reports. He was 77.

Aslam’s death was announced on Monday by his Shish Mahal restaurant in Glasgow, Scotland, which closed for 48 hours in a sign of respect and to allow staff to mourn.

Aslam first came up with the chicken tikka masala dish in the 1970s at Shish Mahal when a customer asked if there was a way of making his chicken tikka less dry, according to an interview with Agence France-Presse in 2009.

"Chicken tikka masala was invented in this restaurant, we used to make chicken tikka, and one day a customer said, 'I'd take some sauce with that, this is a bit dry'," Aslam told AFP.

"We thought we'd better cook the chicken with some sauce," he continued in the 2009 interview. "So from here, we cooked chicken tikka with the sauce that contains yogurt, cream, spices."

The chicken tikka masala dish consists of boneless chicken pieces marinated in a spicy curry and tomato sauce. While it’s difficult to prove its true origins, with some convinced the dish originated in India, chicken tikka masala went on to become a large part of U.K. culinary culture and is generally regarded as a toned-down curry dish for Westerners. 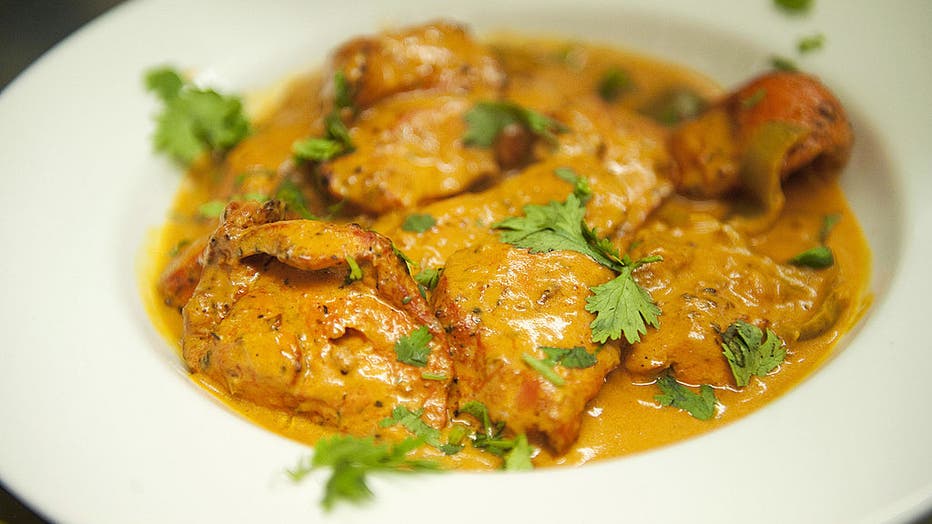 FILE - A plate of Chicken Tikka Masala is pictured in the Shish Mahal restaurant in Glasgow, Scotland, on July 29, 2009. (Photo credit: Andy Buchanan/AFP via Getty Images)

Aslam told AFP that the chicken tikka masala is prepared according to a customer's taste.

"Usually they don't take hot curry, that's why we cook it with yogurt and cream," he said.

In 2009, Aslam campaigned unsuccessfully for the dish to be granted "Protected Designation of Origin" status by the European Union, which protects the name of a product that comes from a specific region and follows a particular traditional production process. Other foods with this status include the famous Italian wine Chianti and Greek feta cheese.

A technical fault at an Italian winery caused water to displace the water supply of a nearby village.

Mohammed Sarwar, the former member of parliament (MP) for Glasgow Central and Britain’s first-ever Muslim MP, tabled a motion in the House of Commons that same year calling for E.U. protection, according to AFP and the BBC.

Aslam, originally from Punjab province in Pakistan, moved with his family to Glasgow as a young boy, according to AFP. He opened Shish Mahal in Glasgow's west end in 1964.

He leaves behind a wife, three sons, and two daughters, according to the news outlet.