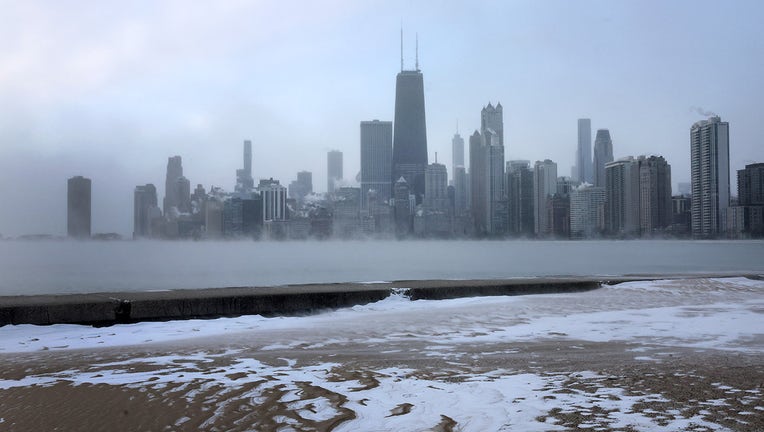 Vapor rises from Lake Michigan near downtown as temperatures hover about -6 degrees on December 22, 2022 in Chicago, Illinois. (Photo by Scott Olson/Getty Images)

A local Iowa sports reporter assigned to reporting on the blizzard conditions currently gripping the Midwest turned heads online Thursday with a clip of his hilariously grumpy reactions to having to be outside in the cold for the job.

A clip of KWWL-TV sports reporter Mark Woodley expressing his displeasure reporting in the cold outside in Waterloo, Iowa, during blizzard conditions gained several million views on Twitter.

"Can I go back to my regular job?" Woodley asked in the video, right in the middle of the local station’s "Tracking the Blizzard" coverage.

WINTER STORM MOVING ACROSS US RESULTS IN WARNINGS, COLD WEATHER ALERTS FOR MORE THAN 150 MILLION AMERICANS

Woodley posted the compilation in good humor, adding a caption which stated, "This is what you get when you ask the sports guy to come in to cover a blizzard in the morning show."

The comical clip featured Woodley — who remained relatively good-natured throughout — slinging sarcastic one-liners about all the fun he was having while standing outside at "3:30 a.m." as snow blanketed his surroundings.

In one instance, Woodley explained, "I normally do sports. Everything is canceled here for the next couple of days. So what better time to ask the sports guy to come in about five hours earlier than he would normally wake up, go stand out in the wind, and the snow, and the cold, and tell people not to do the same?"

WINTER STORM MOVING ACROSS US RESULTS IN WARNINGS, COLD WEATHER ALERTS FOR MORE THAN 150 MILLION AMERICANS

In another portion of the video, Woodley replied to a question from the studio anchor about how his report was going with sarcasm: "It’s absolutely fantastic, Ryan. You know, I’m used to these evening shows that are only 30 minutes long and generally on those shows I’m inside so, uh, this is a really long show. Tune in for the next couple hours to watch me get progressively crankier and crankier."

Woodley even ribbed his coworkers in sidesplitting moments as he suffered the cold in front of the camera. Chirping at another KWWL-TV weather team member, he asked, "How do I get that Storm Chaser 7 duty? I feel like Clint got the better end of that deal, you know? That thing’s heated, um, the outdoors, currently is not."

Not holding back on his supposedly cozier colleagues, he added, "I’m pretty sure, Ryan, that you guys added an extra hour to this show just because somebody likes torturing me." 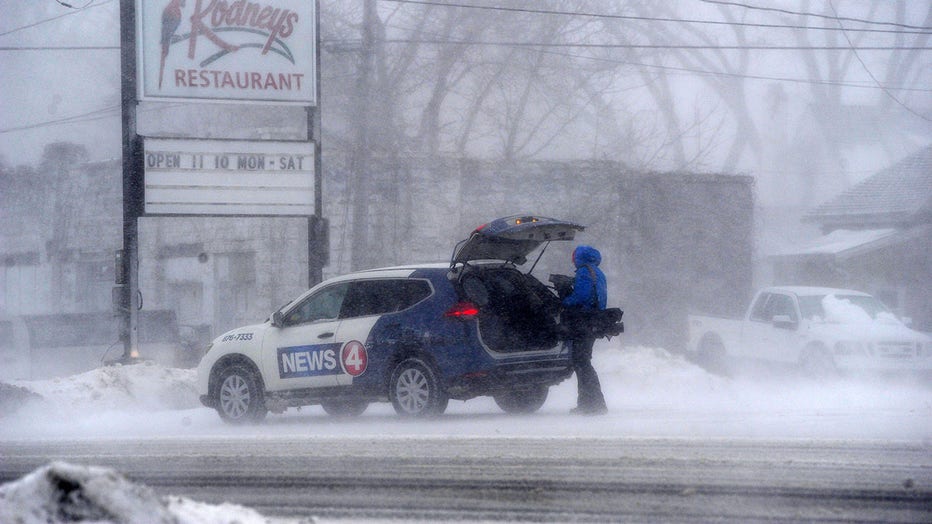 A member of the media battles snow and ice as Lake Erie waters wash over the shoreline on December 23, 2022 in Hamburg, New York. The Buffalo suburb and surrounding area are expecting wind gusts over 70 miles per hour battering homes and businesses t

In an interview with Insider, Woodley assured any concerned viewers that he was reporting "outside about 30 feet from the backdoor of KWWL-TV's main station," so he, admittedly, had the chance to warm up between takes.

Woodley also wanted to relay to viewers that despite the comedy, he and his team were taking the storm very seriously. He added, "It's a pretty serious storm. We take it very seriously. I want people to know it's not a complete joke to me. I kind of felt if I brought a little personality to it, people would pay attention."

LINK: GET MORE ON THIS STORY FROM FOXNEWS.COM