President Joe Biden set to deliver his prime-time presidential address about the "soul of the nation" at 8 p.m. ET Thursday in Philadelphia. He's expected to discuss his administration's biggest successes so far, ongoing threats to American democracy and what's at stake in the November midterm elections.

Former President Donald Trump slammed the Department of Justice following the agency's opposition to his request for a "special master" to review documents seized from his Mar-a-Lago estate, claiming he had already "declassified" the materials. In the 40-page response filed Tuesday, the Justice Department opposed the appointment of a special master to review documents seized from Trump's Mar-a-Lago estate, saying he "lacks standing" because the records in question belong to the United States, not him. In addition, the DOJ's filing said documents were likely "concealed and removed from the Storage Room and that efforts were likely taken to obstruct the government’s investigation." In a flurry of Truth Social posts, Trump said it was "terrible" that the FBI "during the Raid of Mar-a-Lago, threw documents haphazardly all over the floor (perhaps pretending it was me that did it!), and then started taking pictures of them for the public to see. Thought they wanted them kept Secret? Lucky I Declassified!" Trump says FBI took documents "out of cartons and spread them around on the carpet" in different Truth social response. "There seems to be confusion as to the “picture” where documents were sloppily thrown on the floor and then released photographically for the world to see, as if that’s what the FBI found when they broke into my home," Trump posted. "Wrong! They took them out of cartons and spread them around on the carpet, making it look like a big “find” for them. They dropped them, not me - Very deceiving…And remember, we could have NO representative, including lawyers, present during the Raid. They were told to wait outside."

The Department of Justice (DOJ) filed its response opposing the appointment of a "special master" to review documents seized from former President Donald Trump's Mar-a-Lago estate. The department argued in the filing that Trump's request for a special master "fails for multiple, independent reasons," saying it's both "unnecessary" and would "harm national security interests." FBI agents raided Trump's property earlier this month as part of an investigation into whether Trump illegally possessed documents relating to national security at his private residence. Members enjoy a variety of benefits: It's not just the most recommended roadside assistance, it's also select DMV services, on-the-spot car battery replacement, identity theft monitoring, and more. Learn More Attorney General Merrick Garland said he approved the raid himself and that the DOJ did "not take such a decision likely." Trump has attacked the raid as politically motivated, which was the basis for his request of an independent review, via a "special master," of the documents the FBI took from his home. "Politics cannot be allowed to impact the administration of justice. President Donald J. Trump is the clear frontrunner in the 2024 Republican Presidential Primary and in the 2024 General Election, should he decide to run," Trump's lawyers wrote in their request last week. "Law enforcement is a shield that protects Americans. It cannot be used as a weapon for political purposes." The Justice Department's Tuesday filing comes after the Florida federal judge overseeing the case, Aileen M. Cannon, Saturday indicated her "preliminary intent" to grant Trump's request for a special master. It also comes before a scheduled Thursday hearing on Trump's motion. Cannon notably has not yet granted another request from Trump – that she block the government from reviewing the materials it has seized from Trump's estate until a special master is appointed. That means the DOJ is able to continue to review the documents in the meantime, which it said it is doing in a separate filing Monday. The government initiated the search in response to what it believed to be a violation of federal laws: 18 USC 793 — gathering, transmitting or losing defense information; 18 USC 2071 — concealment, removal or mutilation; and 18 USC 1519 — destruction, alteration or falsification of records in federal investigations. Trump and his lawyers, meanwhile, say that the documents were brought to his home while he was the president and that he ordered them declassified under broad authority he claims is given to the president.

More than 40 million Americans could see their student loan debt reduced — and in many cases eliminated — under the long-awaited forgiveness plan President Joe Biden announced Wednesday, a historic but politically divisive move in the run-up to the midterm elections.

President Joe Biden is expected to announce a much-anticipated loan forgiveness program Wednesday, sources familiar with the plan told the Associated Press. Americans are poised to foot a nearly $300 billion deal with President Biden’s expected announcement to forgive thousands in federal student loan debt and extend a repayment pause to next year. According to the Penn Wharton Budget Model, a one-time maximum debt forgiveness of $10,000 for borrowers who make less than $125,000 will cost around $300 billion for taxpayers. The cost increases to around $330 billion if the program is continued over the standard 10-year window, according to the figures. The precise details of Biden's plan were being kept to an unusually small circle within the Biden administration and were still not finalized on the eve of the announcement, sources told the Associated Press.

White House Press Secretary Jen Psaki announced the United States would be sending a delegation, includingf FBI officials, to Haiti in response to the assassinations of Haitian President Jovenel Moise.

Haitian authorities streamed footage on July 8, 2021, showing multiple suspects arrested in connection with the assassination of President Jovenel Moise. Credit - Prime Minister of the Republic of Haiti via Storyful

House Speaker Nancy Pelosi addressed the state of the 2020 presidential election during her weekly news conference on Nov. 6.

The presumptive Democratic presidential nominee on June 30 slammed the Trump administration's response to the coronavirus pandemic and his reaction to a bombshell New York Times report.

There are currently 18 Democrats and three Republicans, including President Donald Trump, making a bid for the White House in 2020.

The field of 2020 presidential candidates is crowded, with 19 Democrats currently making a bid for the White House along with four Republicans — one of whom is President Donald Trump. 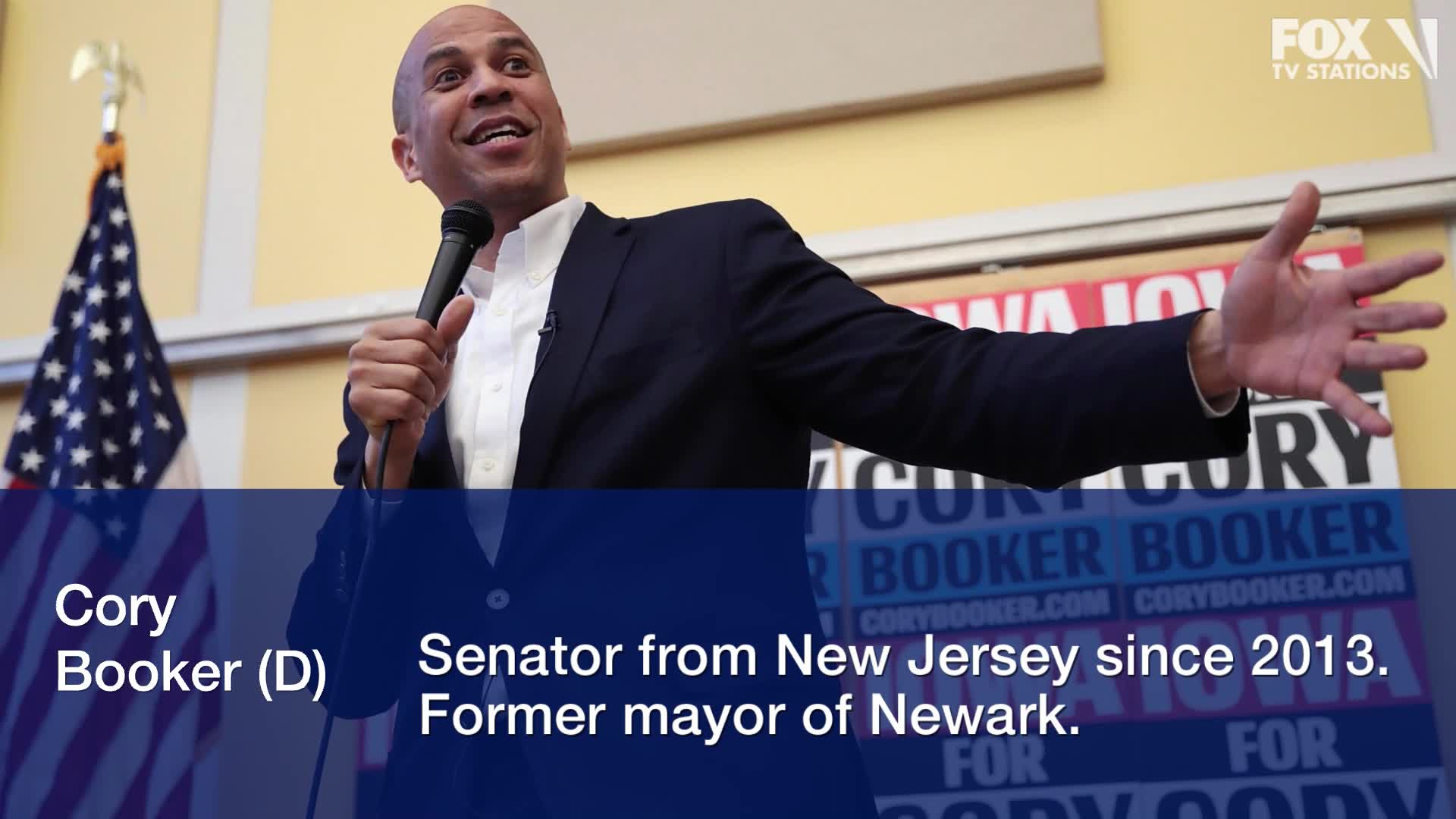 With Steve Bullock officially entering the race for the Democratic presidential nomination in the 2020 election, the field of total presidential candidates has grown to 24, 23 of which are Democrats. Here's a look at those 25 candidates and some of the issues they plan to focus on during their campaigns.