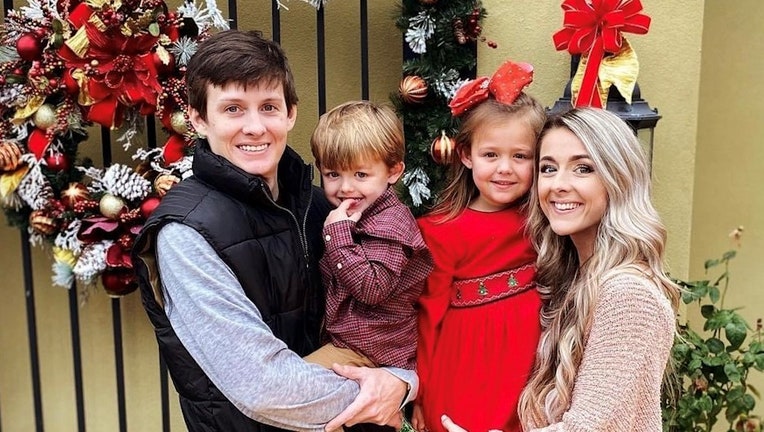 Kelsie and Hamilton Platt along with their children. (Credit: Ed Rowan)

MOBILE, Ala. - A widow is suing FedEx, claiming the company’s faulty tires caused a deadly crash that killed her husband.

According to documents obtained by FOX Television Stations, 32-year-old Hamilton Platt was killed on September 21.

The driver then stopped the truck in the middle of the interstate as opposed to moving the vehicle to the shoulder lane.

Kelsie’s lawyer, Ed Rowan, alleged her husband was driving two cars behind the truck when the vehicle in front of him swerved to avoid hitting the FedEx truck.

Rowan said that caused Hamilton to rear-end the FedEx truck which sparked a fire. Rowan said Hamilton survived the initial impact but was "aware of his impending death, and that he was burning alive."

His widow is suing on multiple counts, including wrongful death. According to WPMI, Kelsie said she learned about the crash on social media.

"My son isn't doing that great," she told the outlet. "He doesn't understand heaven and that daddy is in heaven. There for a little while, he was angry with the idea of Jesus and God that they were keeping him up there."

FedEx has released a statement regarding the lawsuit.

"We continue to extend our deepest sympathies to the family and friends of Mr. Platt," the company said in a statement to FOX Television Stations. "We have been fully cooperating with investigating authorities. We will defend the lawsuit."