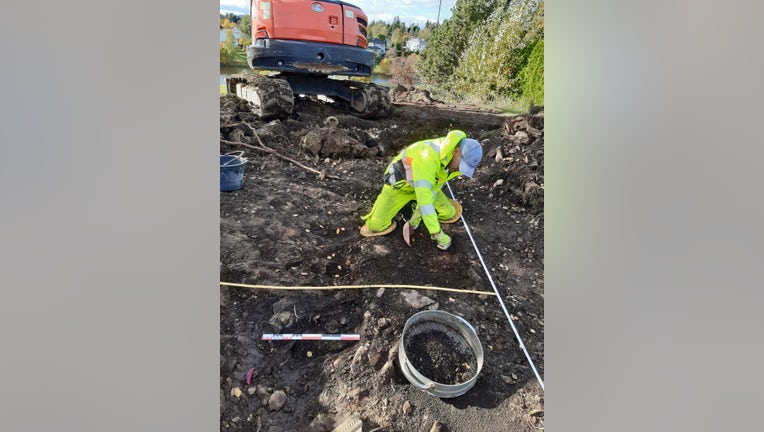 Picture this. You're doing a bit of casual gardening in your backyard when all of a sudden you come across an ancient Viking grave site equipped with shields, knives, the whole nine yards—worried about curses?

Well, that just happened in a backyard in Oslo, Norway, where archeologists were brought in to excavate a site in the city's Holmen neighborhood.

The city's antiquities authority, Byantikvaren i Oslo, posted pictures of the burial site on Facebook showing things like shields and ring buckles used for cloaks being unearthed.

Knives, a sickle and horse equipment were also found according to the agency.

"The grave was located directly under a thin layer of topsoil and turf right on the east side of the highest point on the site, with a fantastic view," Marianne Bugge Kræmer, the archaeologist who uncovered the grave, told Science in Norway on Thursday, Dec. 22.