WATSONVILLE, Calif. - Watsonville police officers and good Samaritans were able to hoist a stolen car off a 65-year-old cyclist, who was trapped underneath its weight.

Police released Dec. 15 body camera video on Wednesday, showing how officers and about five or six men were able to lift the car off the man on Main Street and Pacifica Avenue.

Police said on that day, officers were approaching the stolen car when 22-year-old Enrique Garcia jumped out of the driver's side and ran off.

The moving car then struck the cyclist, trapping him underneath the car.

In a Facebook post, police interviewed Marvin Luna, one of the good Samaritans, who heard police yelling for help while he was on a lunch break.

"I just did what I could," Luna said. "Everything was happening so fast. All I really wanted to do was help."

The body camera video shows the men heaving to lift the car off the cyclist. As the men grunt with the weight of a car, someone shouts: "Lift! Lift! Lift!"

"Seconds matter," he said. "He was gasping for air."

Police said Garcia was chased down by officers and later booked into the Santa Cruz County Jail. 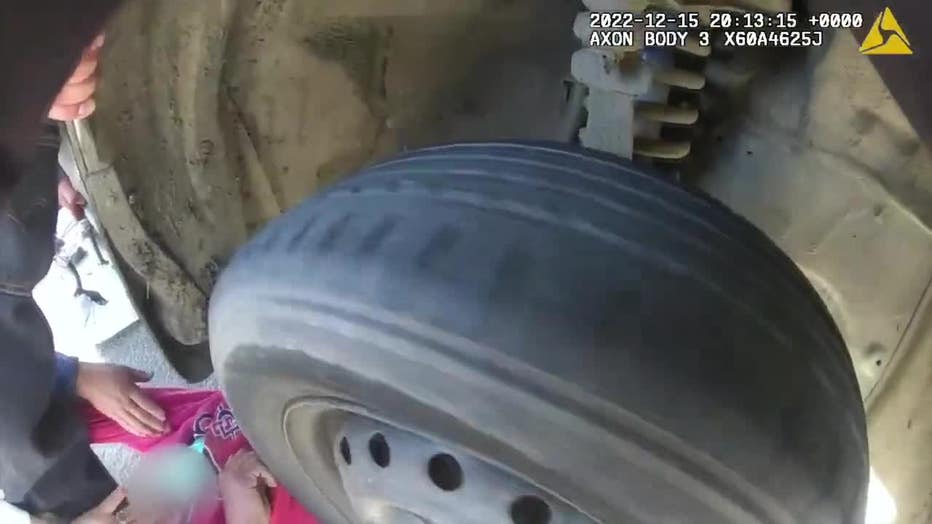 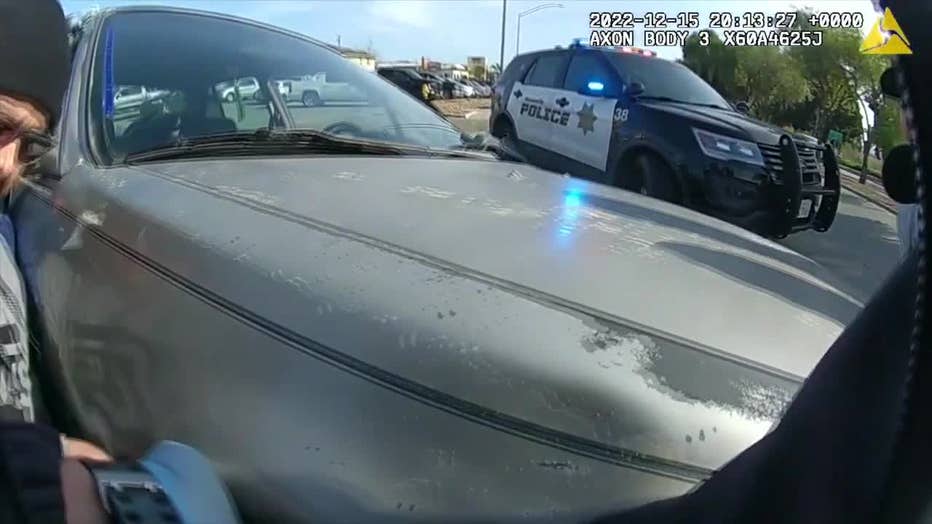 Watsonville police officers and good Samaritans were able to hoist a stolen car off a 65-year-old cyclist, who was trapped underneath its weight. Dec. 15, 2022