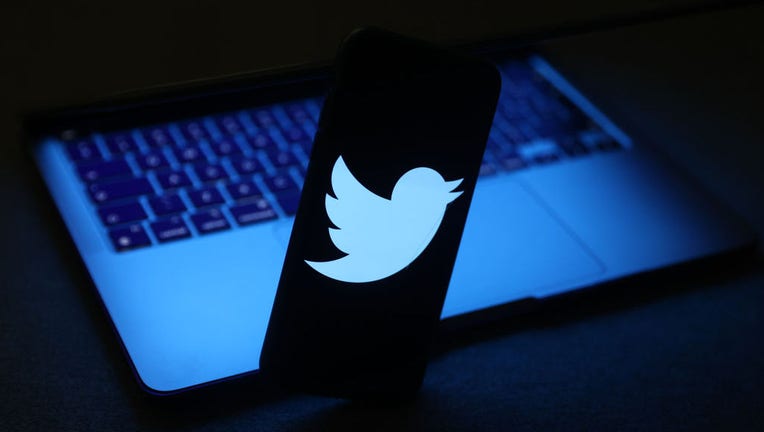 FILE - Twitter logo displayed on a phone screen and a laptop are seen in this illustration photo taken on Nov. 27, 2022. (Photo by Jakub Porzycki/NurPhoto via Getty Images)

Twitter is now showing the number of times a tweet has been viewed, noting how "replies and likes don’t tell the whole story."

The company on Thursday announced the rollout of Twitter view count, which is shown alongside other analytics like the number of retweets, quote tweets, and likes a post gets.

"We’re making it easier to tell just how many people have seen your Tweets with the addition of view counts, shown right next to likes. Now on iOS and Android, web coming soon," the company said.

Twitter CEO Elon Musk first teased this feature on Dec. 1, noting how the view count is shown for all videos on the platform.

"The system is far more alive than it would seem," Musk added at the time.

Twitter users have long been able to turn on analytics for their accounts and see how many "impressions" a post has received. Now, the view count is available for everyone.

The new feature comes after just days after millions of Twitter users asked Musk to step down in an online poll the billionaire himself created and promised to abide by.

"I will resign as CEO as soon as I find someone foolish enough to take the job!" Musk tweeted. "After that, I will just run the software & servers teams."

Aaron Rupar, one of several journalists temporarily suspended from Twitter by Elon Musk, speaks with LiveNow about the future of the social media platform.

In the new update, Twitter said anyone who views a tweet counts as a view, regardless of where they see it or whether or not they follow you. This can include seeing a tweet on the Home, Search, or Profile tab, as well as seeing a tweet embedded in an article, according to the company.

"Even an author looking at their own Tweet counts as a view," it said.

Some tweets will not have view counts available, which include Community tweets, Twitter Circle tweets, and "older" tweets.

After the rollout this week, Musk said tweets on the platform "are read ~100 times more than they are liked."

As The Verge noted, adding more publicly visible engagement data on the social media platform is somewhat opposite of how other platforms have gone in recent years. Instagram and Facebook now let users hide their like counts.

"This way, if you like, you can focus on the photos and videos being shared, instead of how many likes posts get," Meta said in 2021.

Since taking over the San Francisco social media platform in late October, Musk’s run as CEO has been marked by quickly issued rules and policies that have often been withdrawn or changed soon after being made public.

But that decision generated so much immediate criticism, including from past defenders of Twitter's new billionaire owner, that Musk promised not to make any more major policy changes without an online survey of users.

"My apologies. Won’t happen again," Musk tweeted, before launching the new 12-hour poll asking if he should step down as head of Twitter. "I will abide by the results of this poll."

"As the saying goes, be careful what you wish, as you might get it," he tweeted later.