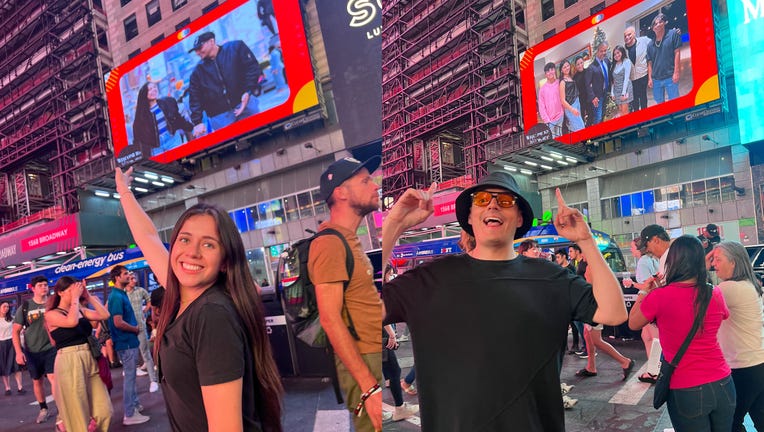 People stand in front of their photos on the billboard in Times Square. (Credit: Provided)

NEW YORK - Have you ever dreamed of appearing on a giant billboard above New York City’s Times Square? Perhaps you’d like to wish your mother a "happy birthday" in a memorable way or ask a loved one to join you in marriage.

People can now post their own photos on a massive billboard in the heart of Times Square to be displayed throughout the day for $150. The billboard is 31 feet tall by 55 feet wide and is located at 1560 Broadway — between 46th and 47th streets — right above the Pelé Soccer store.

The project, called Welcome-to-Times-Square.com, was launched by Miami-based lawyer Jaime Suarez and began with the idea of helping local brands advertise in Times Square at an affordable price. But the project took an "interesting turn" when Suarez then had the idea of letting regular people post their own pictures, directly from their phones, according to a press release.

"No company has ever dared to enter the people’s personal realms when it comes to Times Square’s billboards and this unexpected, yet typically New York project is a lighthearted and delightful invitation to ‘talk’ about what’s important to you, what and who makes you happy, an invitation so longed for during these unprecedented times that it cannot be refused," the press release about the project states. 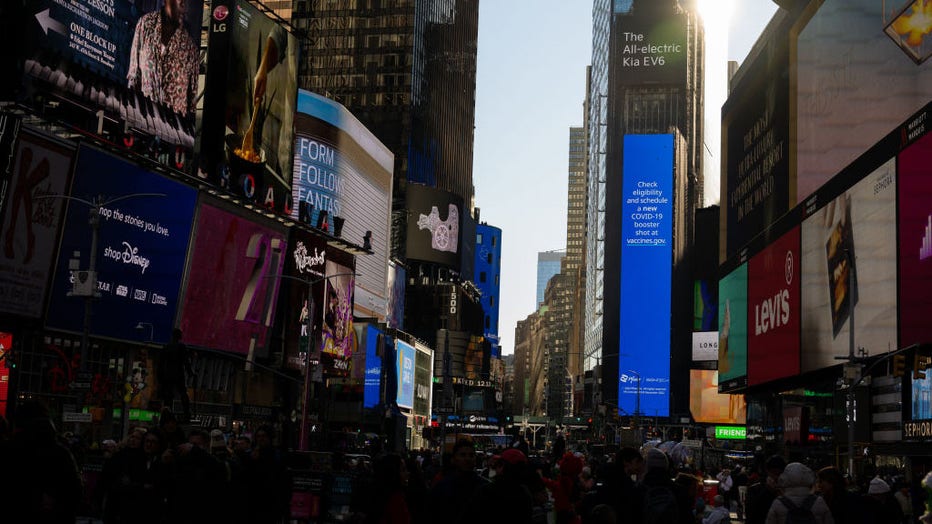 Ideal people for this project include someone who wants to wish a loved one a happy birthday or show their love to a spouse, according to the press release. Other consumers could be planning a marriage proposal or wishing to say congrats to a friend for landing a new job.

Perhaps someone simply wants to be famous for a day. That’s okay, too.

Times Square draws an estimated 50 million visitors each year, and around 340,000 pedestrians pass through Times Square on a typical day, according to the tourism site NYC Go — so there is no shortage of eyeballs.

Slots can be booked at TimesSquareBillboard.com, where people can pick a date, upload a photo, and pay $150. The photo will then appear on the billboard for 15 seconds once an hour for 24 hours on the date they selected.

"We will send you your exact hourly time slot to the email you provided while booking at least one day prior to your display date," the website states.

For those who can’t make it to Times Square in person, they can also watch a live stream on the project’s billboard page here.