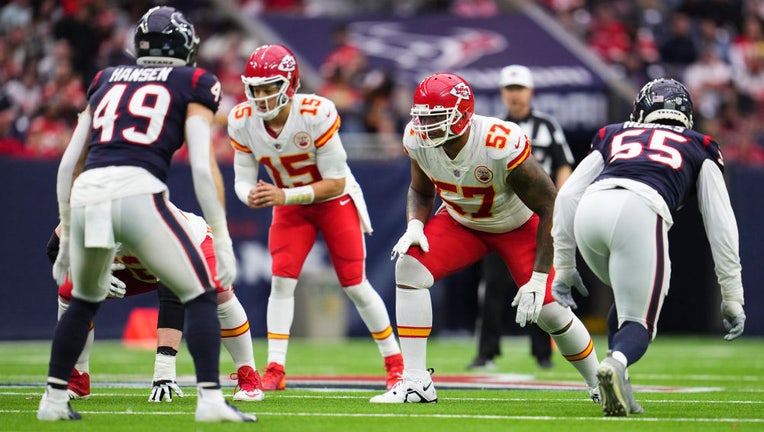 Orlando Brown Jr. #57 of the Kansas City Chiefs gets set against the Houston Texans at NRG Stadium on December 18, 2022 in Houston, Texas. (Photo by Cooper Neill/Getty Images)

Fans eager to see their favorite NFL team in action during the season now have a new way to watch games beginning next year.

The popular NFL Sunday Ticket package is leaving DirectTV and coming to YouTube TV.  The service will be available as an add-on package on YouTube TV and standalone a-la-carte on YouTube Primetime Channels starting in the 2023 NFL season in a multi-year deal between the NFL and Google, according to the NFL.

Sunday Ticket was first launched in 1994 and aired on DirectTV’s satellite service.

NFL Sunday Ticket televises out-of-market regular-season NFL games (based on viewer’s location) broadcast on FOX and CBS to offer fans the flexibility to see their team play every week regardless of where they live, the NFL noted.

The NFL says updated Sunday Ticket features and how fans can use the service will be announced before the 2023 NFL season. The league is also working with YouTube to make Sunday Ticket available in businesses, including bars and restaurants.

"We're excited to bring NFL Sunday Ticket to YouTube TV and YouTube Primetime Channels and usher in a new era of how fans across the United States access, watch and follow the NFL," NFL Commissioner Roger Goodell said in a statement. "For a number of years we have been focused on increased digital distribution of our games and this strategic partnership is yet another example of us looking towards the future and building the next generation of NFL fans."

This latest deal between the NFL and Google extends a partnership between these entities since the league launched its official NFL channel on YouTube in 2015. Since then, the NFL YouTube channel has grown, highlighted by channels for all 32 NFL teams and league channels, including NFL Network and NFL Films, according to the NFL.

"YouTube has long been a home for football fans, whether they're streaming live games, keeping up with their home team, or watching the best plays in highlights," Susan Wojcicki, CEO of YouTube said in a statement provided by the NFL. "Through this expanded partnership with the NFL, viewers will now also be able to experience the game they love in compelling and innovative ways through YouTube TV or YouTube Primetime Channels. We're excited to continue our work with the NFL to make YouTube a great place for sports lovers everywhere."

And if you plan to subscribe to either service to catch NFL games in 2023 through Sunday Ticket, here's the difference between YouTube TV and YouTube PrimeTime Channels.

YouTube TV is a subscription streaming service allowing viewers to watch live and on-demand TV from over 100 channels on their phones, tablet, TV, and computer. YouTube PrimeTime Channels are accessible through streaming services using the YouTube app, the NFL noted.