Climate activists gathered in Lutzerath, Germany, on Saturday, January 14, to protest against the expansion of a opencast lignite mine that would require the demolition of the town. (Credit: Tim Vollert via Storyful)

German police reportedly removed 20-year-old climate change activist Greta Thunberg from the site of a mass protest over the demolition of an abandoned village for the expansion of a coal mine.

Thunberg, a self-proclaimed Swedish "autistic climate justice advocate," joined thousands of demonstrators who showed up Saturday to protest the clearance of the hamlet of Luetzerath, walking through the nearby village of Keyenberg and past muddy fields in western Germany.

On Sunday, Thunberg again failed with police requests to leave the site, before two officers carried her away, the German newspaper BILD reported, showing a photo of Thunberg smiling with two officers, each wearing a helmet outfitted with a face shield, on each side taking her by the arms.

According to BILD, German police said that 70 officers were injured and nine protesters were taken to the hospital in an ambulance during the weekend demonstrations though no one was seriously injured. Organizers of the protest, however, claimed Saturday several demonstrators were critically hurt. 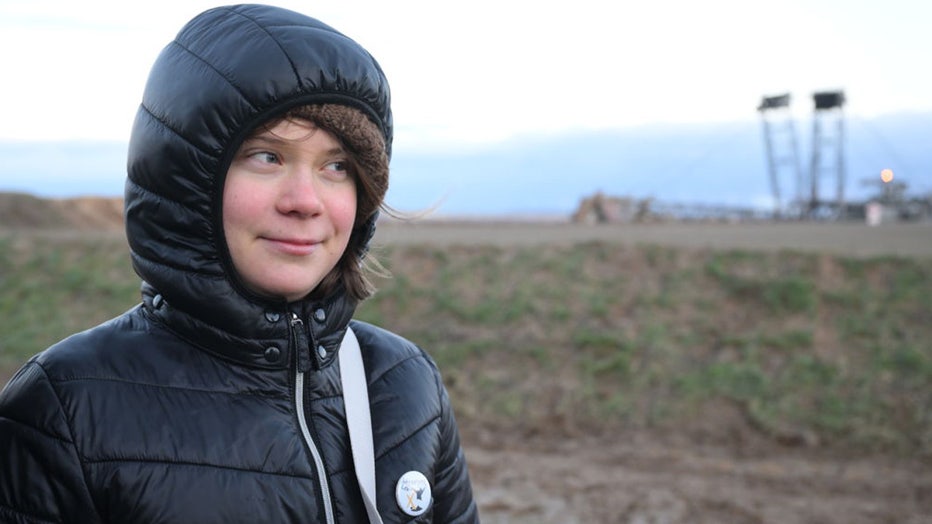 FILE - Climate activist Greta Thunberg stands between Keyenberg and Lützerath on the edge of the open pit mine.  (Federico Gambarini/picture alliance via Getty Images)

The operation to evict climate activists who flocked to the site in Luetzerath, west of Cologne, kicked off Wednesday morning and progressed steadily over the following days. Police cleared people out of farm buildings, the few remaining houses and a few dozen makeshift constructions such as tree houses.

On Saturday, thousands of people demonstrated nearby against the eviction and the planned expansion of the Garzweiler coal mine. There were standoffs with police as some protesters tried to reach the village, which is now fenced off, and the mine. 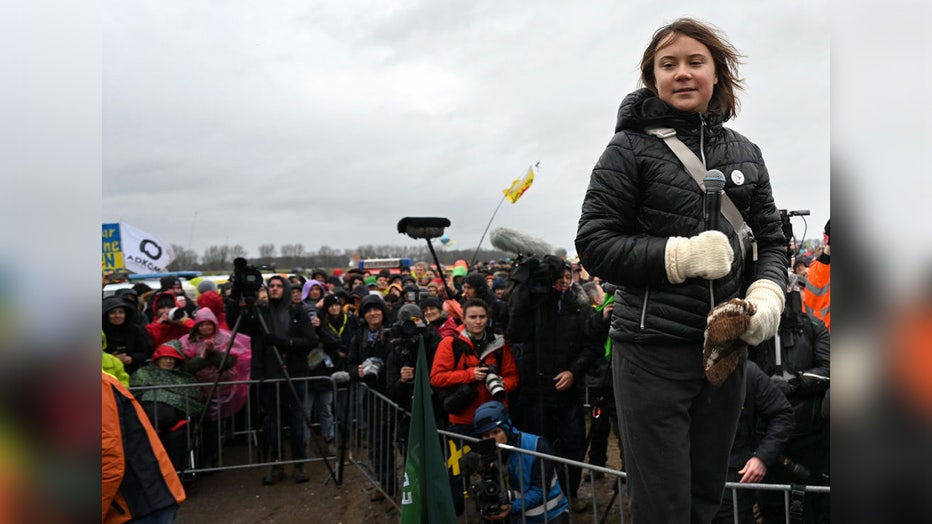 Environmentalists say bulldozing the village to expand the Garzweiler mine would result in huge amounts of greenhouse gas emissions. The government and utility company RWE argue the coal is needed to ensure Germany’s energy security. Russia’s invasion of Ukraine last February has heightened concerns for Europe to ensure its energy independence from the Kremlin.

The German regional and national governments, both of which include the environmentalist Green party, reached a deal with RWE last year allowing it to destroy the abandoned village in return for ending coal use by 2030, rather than 2038. The Greens' leaders argue that the deal fulfills many of the environmentalists’ demands and saved five other villages from demolition and that Luetzerath is the wrong symbol for protests. Activists reject that stance. 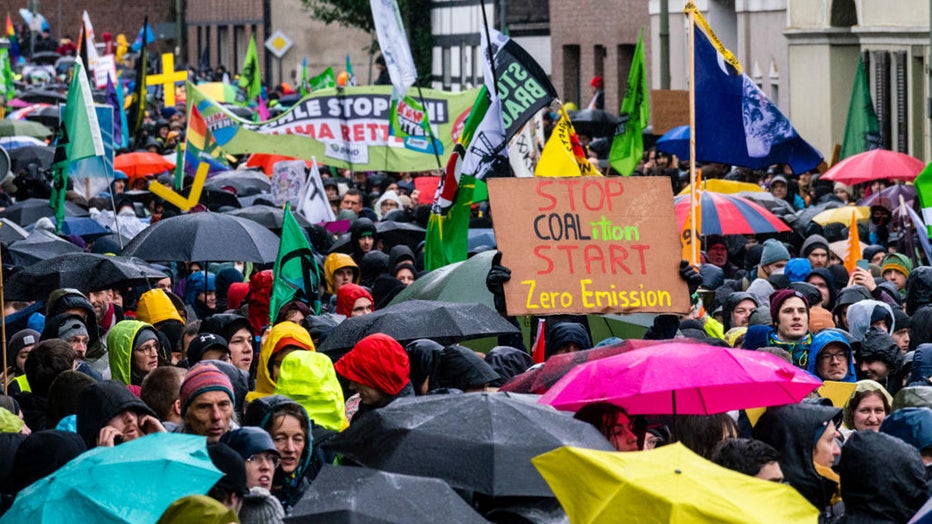 FILE - People participate in a protest march over the pending razing of the settlement of Luetzerath on Jan. 14, 2023, near Keyenberg, Germany.  (Bernd Lauter/Getty Images)

Police said in a statement Sunday that nearly 300 people have been removed so far from Luetzerath. They added that "the rescue by RWE Power of the two people in underground structures continues; beyond that, the clearance by police is complete." They said that 12 people were detained in connection with Saturday's incidents. Demolition of the buildings in Luetzerath is already underway.

On Saturday, police said Thunberg briefly sat on an embankment at the edge of the mine and officers carried her a few steps away after didn't comply with calls to move for her own safety, German news agency DPA reported, adding that she then went on her way. Video shows Thunberg linking arms with other protesters as police attempt to push the group of them away from the demolition site. 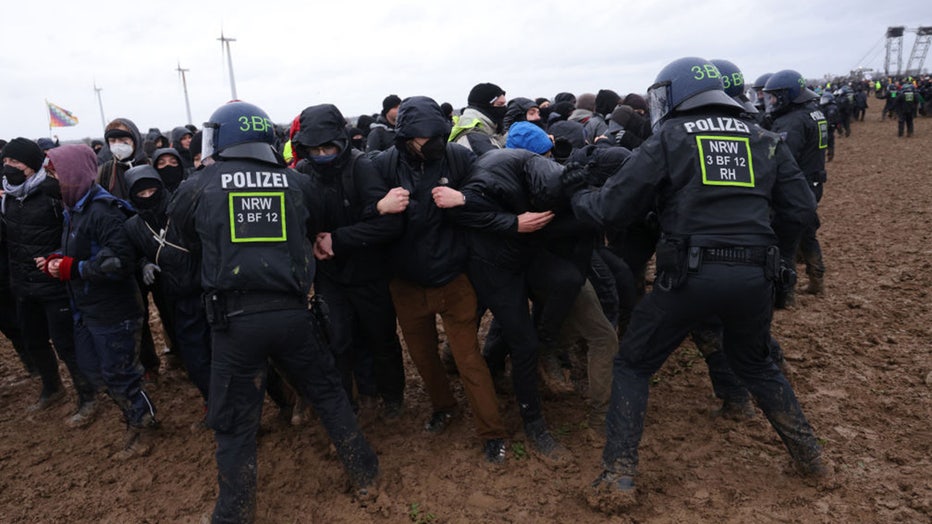 FILE - Protesters advancing to Luezterrath clash with police during a march over the pending razing of the settlement of Luetzerath on Jan. 14, 2023, near Keyenberg, Germany. (Sean Gallup/Getty Images)

By Monday, police said the last two protesters who had remained inside a self-dug tunnel for days to prevent heavy equipment from being brought in to bulldoze the hamlet had left the site.

The Associated Press and Storyful contributed to this report.