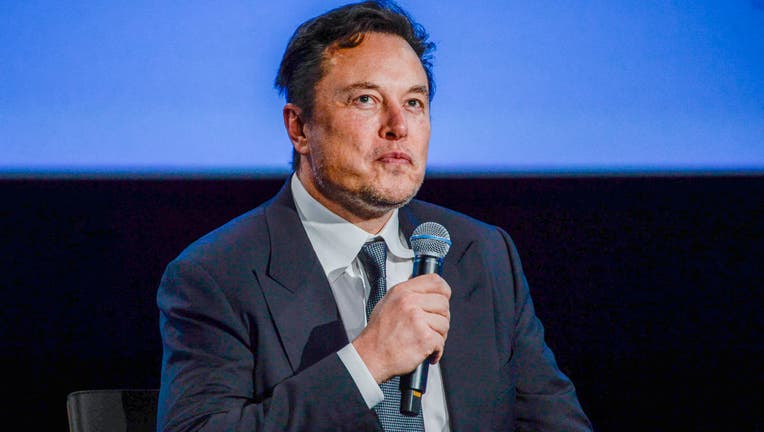 Tesla CEO Elon Musk looks up as he addresses guests at the Offshore Northern Seas 2022 (ONS) meeting in Stavanger, Norway on August 29, 2022. - The meeting, held in Stavanger from August 29 to September 1, 2022, presents the latest developments in No

More than half of the 17.5 million users who responded to Elon Musk’s poll that asked whether the billionaire should step down as head of Twitter voted yes when the poll closed on Monday.

There was no immediate announcement from Twitter, or Musk, about whether that would happen, though he said that he would "abide by the results."

Musk has clashed with some users on multiple fronts and on Sunday, he asked Twitter users to decide if he should stay in charge of the social media platform after acknowledging he made a mistake in launching new speech restrictions that banned mentions of rival social media websites.

But that decision generated so much immediate criticism, including from past defenders of Twitter's new billionaire owner, that Musk promised not to make any more major policy changes without an online survey of users.

"My apologies. Won’t happen again," Musk tweeted, before launching the new 12-hour poll asking if he should step down as head of Twitter. "I will abide by the results of this poll."

"As the saying goes, be careful what you wish, as you might get it," he tweeted later.

Twitter has been engulfed in chaos since billionaire Musk took the helm, cutting the company’s workforce in half, upending the platform’s verification system, reinstating previously banned accounts — including those of white nationalists — and suspending journalists who've been covering him.

It’s an upheaval that is still continuing — fueled by Musk’s actions after he took over, his approaches to free speech and advisory oversight, how users’ feeds are changing, who can say what — and, of course, the tweets he casts into the world each day. The shift in Twitter under Musk has caused some users to abandon the platform, others to double down on it and some critics to express worry about its direction and the voices it is amplifying.

Musk has often turned to polls to make decisions about the platform and its users, sparking some controversy.

Musk reinstated Donald Trump’s account on Twitter last month, reversing a ban that has kept the former president off the social media site since a pro-Trump mob attacked the U.S. Capitol on Jan. 6, 2021, as Congress was poised to certify Joe Biden’s election victory. Musk made the announcement in the evening after holding a poll that asked Twitter users to click "yes" or "no" on whether Trump’s account should be restored. The "yes" vote won, with 51.8%.

Also, last month, Musk said he would sell 10% of his holdings in the company, worth more than $20 billion, based on the results of a poll he conducted on Twitter.

Recently, Musk announced that he had lifted the suspensions of the journalists who allegedly violated the platform's "doxxing" policy following the results of a poll he conducted among Twitter users.

"The people have spoken. Accounts who doxxed my location will have their suspension lifted now," Musk tweeted late Friday night.

Musk conducted a 24-hour poll asking whether the accounts should be restored "now" or "in 7 days." Twitter users overwhelmingly voted "now" in a 59-41 point split. Nearly 3.7 million Twitter users answered the poll. That followed a separate poll Musk conducted on Thursday where "now" also led over "tomorrow," "in 7 days" and "longer," but Musk concluded that poll had "too many options."

In October, Musk completed his $44 billion takeover of Twitter. Among his first moves was to fire the social media platform’s top executives, including the woman in charge of trust and safety at the platform, Vijaya Gadde.

This story was reported from Los Angeles. FOX News, the Associated Press, and Kelly Hayes contributed.