Local media reports Andrew Tate, the divisive social media personality, has been detained in Romania in connection with a human trafficking investigation.

Tate, a British-U.S. citizen who previously was banned from various social media platforms for expressing misogynistic views and hate speech, was reportedly detained along with his brother Tristan in the Ilfov area north of Romania’s capital, Bucharest.

Romanian prosecutors detained internet personality and former professional kickboxer, Andrew Tate, as part of a human trafficking and rape investigation, according to reports. DIICOT via Storyful

Romania’s anti-organized crime agency said in a statement late that four suspects, including two British citizens and two Romanians, were arrested on charges of being part of an organized crime group, human trafficking and rape.

The agency, DIICOT, said the British citizens recruited women who were subjected to "acts of physical violence and mental coercion," sexually exploited by group members and forced to perform in pornography intended to reap "important financial benefits." 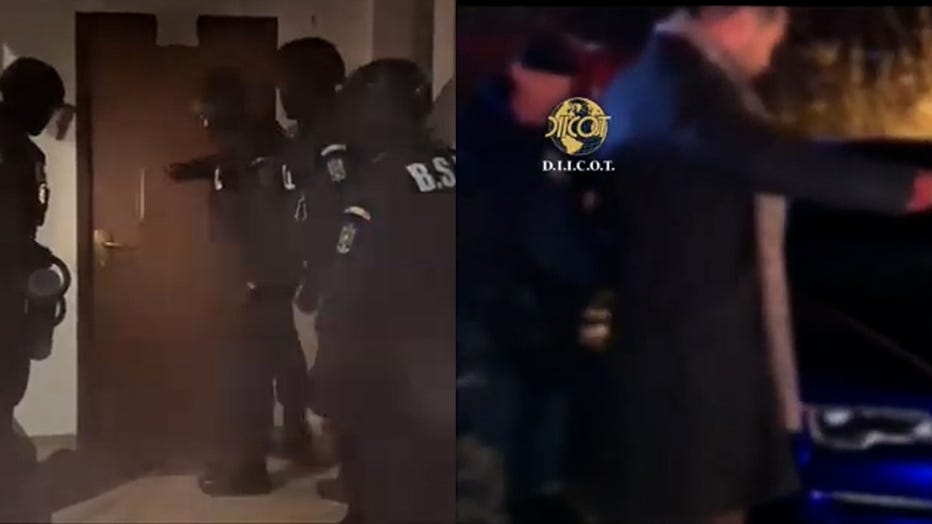 Screengrabs from a video shared by Romania’s Directorate for Investigating Organized Crime and Terrorism (DIICOT) show officers detaining Andrew Tate late on Dec. 29, 2022, in Romania on charges of human trafficking and rape. Credit: DIICOT via Story

The statement did not name the Tate brothers. Photographs published by Romanian media outlets pictured Tate being led away in handcuffs by masked law enforcement officers.

DIICOT said it identified six people who were sexually exploited by the organized criminal group, and that five homes were raided on Thursday. The suspects were detained for 24 hours.

Earlier this week, Tate posted a video on Twitter of a mountainous region of Romania, the Eastern European country where he is reported to have lived for the last five years.

Tate also was embroiled this week in a war of words with 19-year-old climate activist Greta Thunberg after he shared a picture of himself standing next to a Bugatti on Twitter and bragged that he owned 33 cars.