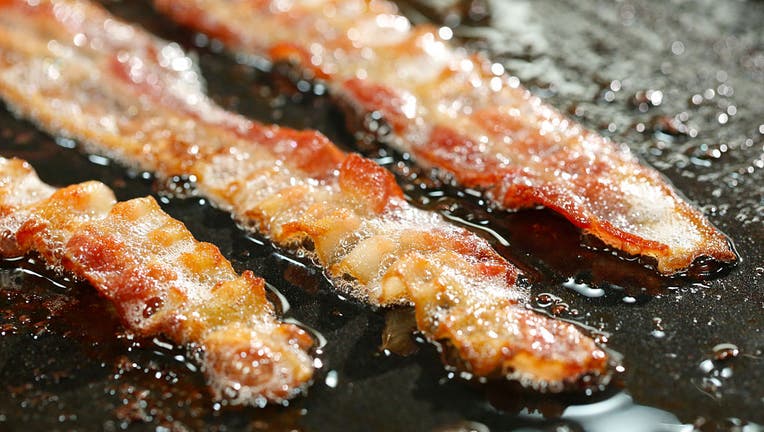 VILLETANEUSE, France - A new study warns consumers that additives in processed meats, such as bacon and sausage, could increase the risk for type 2 diabetes.

Researchers studied data from more than 104,000 participants from 2009 to 2021. The participants self-reported how much nitrites they consumed.

Researchers found that those who consumed nitrites such as food additives had a greater risk of developing type 2 diabetes.

The study’s authors hope their research will lead to more regulations regarding food additives in processed meats. However, they said the study needs to be replicated among other populations as well.

Study: Too much bacon causes risk of bowel cancer

A new study published in the International Journal of Epidemiology links moderate consumption of red or processed meat to an increased risk of colorectal, or bowel cancer.

However, in 2015, World Health Organization experts said eating processed meats can cause cancer.

The meat industry has contested the WHO’s finding, saying it is based on studies that show a possible link but don’t prove a cause, and that single foods shouldn’t be blamed for cancer. Many health experts also say there’s no reason to worry about an occasional hot dog or bologna sandwich.

According to the U.S. Centers for Disease Control and Prevention, more than 37 million Americans have diabetes, and nearly 90-95% of them have type 2 diabetes.

Type 2 diabetes impairs the body’s ability to use insulin to regulate blood sugar, leading to high levels that can cause heart problems, organ damage and blindness. Prediabetes means higher than normal blood sugar levels that can lead to full-blown diabetes.

FOX News and the Associated Press contributed to this report. This story was reported from Los Angeles.