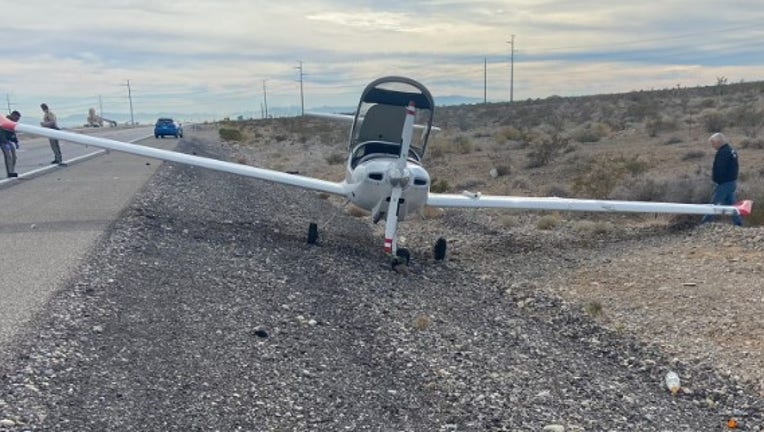 LAS VEGAS - Nevada State Police said at least three people were hurt when a plane made an emergency landing on a highway Saturday.

The plane landed on U.S. 95 southbound at Lee Canyon.

However, the plane's wing struck a Nissan. The driver of the Nissan and the two plane's occupants were taken to a local hospital with non-life-threatening injuries.