John Adams, who pounded a drum while sitting in Cleveland's outfield bleachers during baseball games for five decades, has died. He was 71.

It clears the way for MLB stars like José Abreu, Yordan Alvarez, and Randy Arozarena to represent their home country in the World Baseball Classic next year.

The current bid for the ball, which broke Roger Maris' American League record for homers in a season, sits at $1.2 million, according to Goldin Auctions.

The 99-day MLB lockout has come to a close of March 10, according to the Associated Press, as players voted to accept the league's latest labor deal offer, thus salvaging a 162-game regular season.

The MLB has transitioned to a twilight zone with the lockout going into effect on Wednesday night. Last night, the MLB officially locked out the players for the first time since 1990 after an agreement could not be made on a new collective bargaining agreement (CBA). A quick scan of the MLB’s official website, MLB.com, sees a complete wipeout of any articles, photos or mentions of current players. They’ve been replaced with videos and statements from MLB commissioner Rob Manfred and tons of coverage of ongoing Hall of Fame voting.

Governor Brian Kemp says MLB's decision to move this summer’s all-star game will have a drastic impact on the local economy and tourism industry, costing hotels thousands of hotel bookings cancellations. Subscribe to NewsNOW from FOX! https://www.youtube.com/newsnow?sub_c...​ Where to watch NewsNOW from FOX: https://www.newsnowfox.com/​ Follow us @NewsNOWFOX on Twitter: https://twitter.com/NewsNOWFOX​ Raw and unfiltered. Watch a non-stop stream of breaking news, live events and stories across the nation. Limited commentary. No opinion. Experience NewsNOW from FOX. 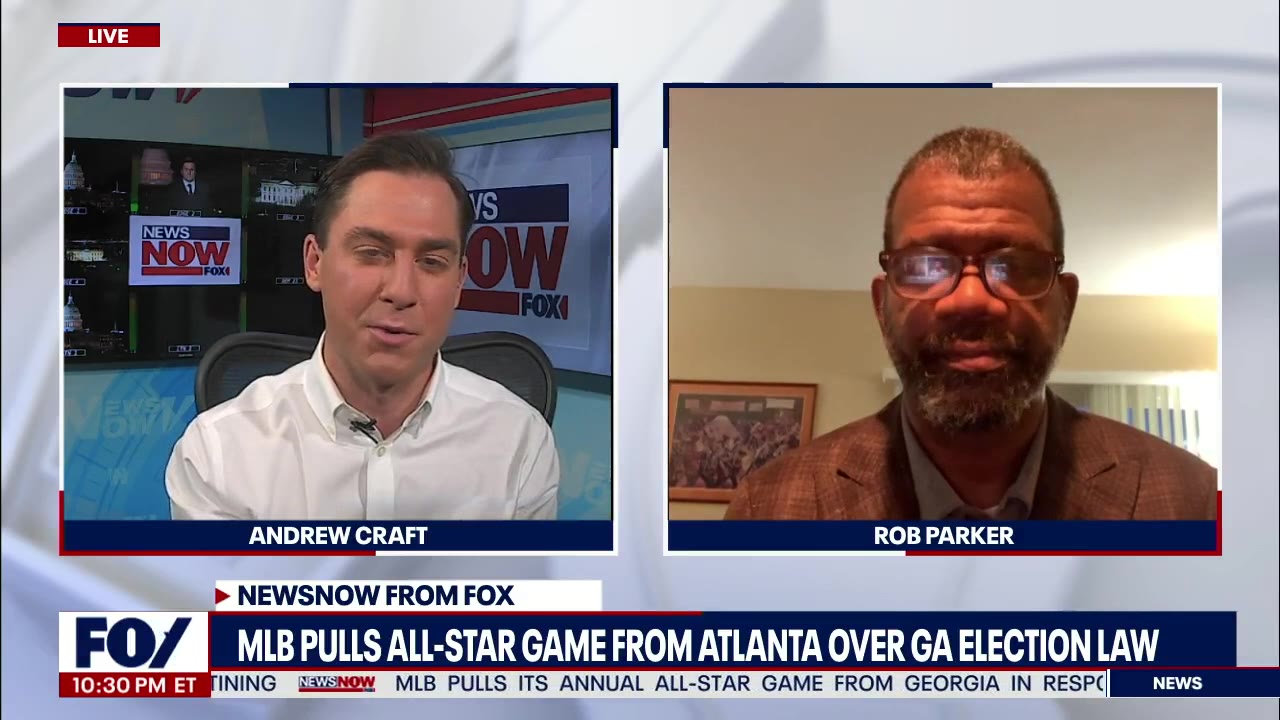 Rob Parker joins NewsNOW from FOX to discuss the MLB All-Star game being moved from Georgia.

The 2021 MLB season officially has begun, after a pandemic-shortened 2020 season. Bryce Harper made headlines with his customized cleats featuring the Philly Phanatic.

While the virus outbreak is ongoing, here's what the NBA, MLS, MLB, NHL and NFL have said regarding plans to resume play.

The MLB is investigating after a longtime umpire wrote on Twitter he would buy an AR-15 ahead of a feared second U.S. civil war if President Trump were to be impeached.