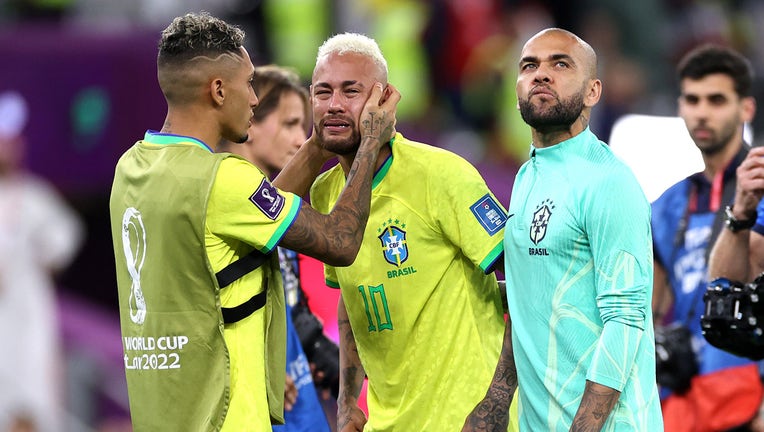 DOHA, Qatar - The World Cup quarterfinals started on Friday in Qatar with at least one surprising team still in contention to win soccer's biggest prize.

Morocco produced the latest upset in a tournament that has had its share of them, beating Spain in the round of 16 on Tuesday to become the first Arab nation to reach the World Cup quarterfinals. The Moroccans, who also became only the fourth African team to reach this stage, beat the 2010 champions in a penalty shootout.

In the group stage, Saudi Arabia caused one of the biggest upsets in tournament history by beating Argentina in its opening match. Japan beat both Germany and Spain. The Germans and 2018 semifinalist Belgium both were eliminated before the knockout rounds.

Also still around i defending champion France, with Kylian Mbappe seemingly unstoppable, England, Croatia, the Netherlands and, of course, Portugal — with or without Cristiano Ronaldo in the starting lineup. 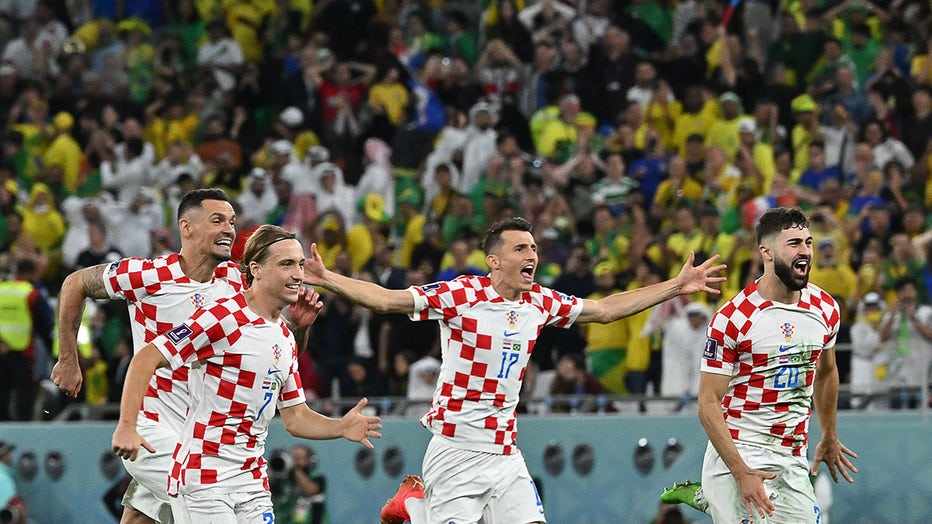 Modric converted one of the penalties as Croatia knocked Brazil out of the World Cup on Friday, beating the five-time champions 4-2 in a shootout to reach the semifinals for the second straight time.

Neymar tied Pele's record for most goals for the national team, giving Brazil the lead in extra time. But he wasn't among the four Brazilian players to take a penalty in the shootout, instead reduced to tears on the field at Education City Stadium while the red-and-white clad Croatians celebrated.

Croatia goalkeeper Dominik Livakovic saved the penalty first attempt by Rodrygo and Marquinhos later hit the post. Livakovic had already produced some key stops as the teams drew 0-0 in regulation and 1-1 in extra time.

"We are raised as fighters, giving our best," Livakovic said. "And that's the recipe for success."

Five of Croatia’s last six matches at World Cups have gone to extra time, including its penalty shootout win over Japan in the round of 16 in Qatar. The team has been successful in eight of its last 10 knockout matches at the tournament.

Nikola Vlasic, Lovro Majer and Mislav Orsic also converted their penalties for Croatia, while Casemiro and Pedro scored for Brazil.

Both goals came in the additional 30 minutes, first with Neymar scoring late in the first half of extra time to give Brazil the lead, and then with Bruno Petkovic equalizing in the 117th.

Neymar’s goal moved him into a tie with Pelé as Brazil’s all-time leading scorer with 77 goals, but the forward again fell short of winning a major title with Brazil and had to be consoled by veteran defender Dani Alves as he cried after the match.

Croatia will next face either Argentina or the Netherlands to try to return to the World Cup final four years after losing the title to France.

Brazil was looking to reach the semifinals for the first time since 2014. The team hadn’t made it that far since hosting the tournament eight years ago, when the Selecao was embarrassed by Germany 7-1.

Brazil was trying to defeat a European opponent in the knockout stage of the World Cup for the first time since the 2002 final against Germany, when the team won for the last time.

Five-time champion Brazil looks ready to go deep at this year's World Cup, with Neymar recovered from an ankle injury and the country’s greatest player, Pele, an inspiration as he watches from his hospital bed.

The 82-year-old soccer great is receiving treatment in Sao Paulo as he recovers from a respiratory infection that was aggravated by COVID-19, but his presence can be felt among Brazil’s players and fans, with banners, flags and T-shirts bearing his image.

On the field, Neymar and Co. are serious contenders, beating South Korea 4-1 in the round of 16.

Croatia is an aging team but has the knowhow at the World Cup after reaching the semifinals four years ago. 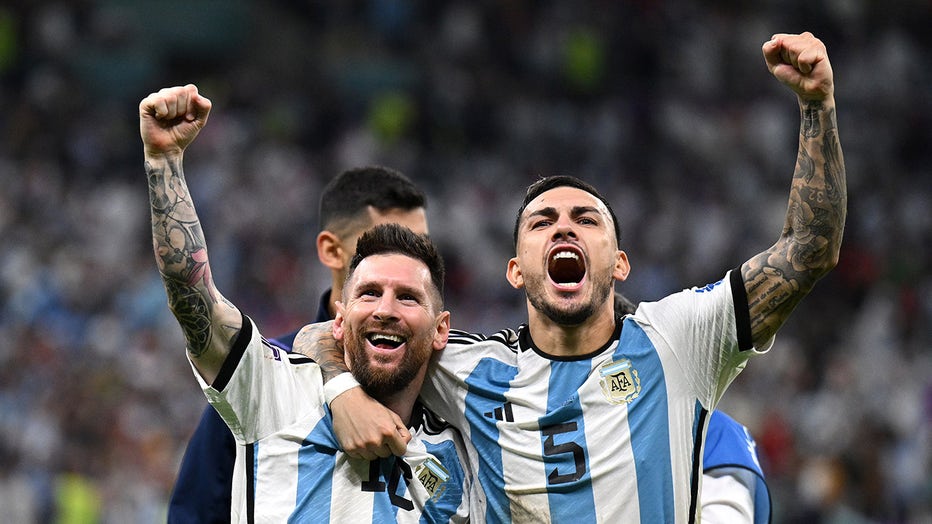 Lionel Messi and Leandro Paredes of Argentina celebrate after their win in the penalty shootout during the FIFA World Cup Qatar 2022 quarter final match between Netherlands and Argentina at Lusail Stadium on December 09, 2022 in Lusail City, Qatar. (

Lionel Messi’s quest to win the World Cup moves into the semifinals after Argentina beat the Netherlands 4-3 in a penalty shootout Friday.

The match finished 2-2 after extra time, with Messi scoring one goal and setting up another. The Netherlands equalized in the 11th minute of second-half stoppage time.

Argentina will play Croatia in the semifinals on Tuesday after the 2018 runner-up beat Brazil earlier Friday.

It is only the second time Argentina has reached the last four since 1990. In 2014, Messi was part of the team that lost to Germany in the final.

He looks in the mood to get there again in a tournament that he is turning into his own personal highlight reel.

When Lautaro Martinez's penalty hit the net, Messi didn't head to the striker — unlike the rest of the team — but sprinted to his goalkeeper and jumped into his arms.

Messi had produced a mesmerizing piece of skill to set up the opening goal for Nahuel Molina in the 35th minute and then converted a penalty in the 73rd to make it 2-0 with his fourth goal of this year’s World Cup.

It took him to 10 goals in the World Cup, tied with Gabriel Batistuta for the most for Argentina, and 94 goals in total in his 169 international games.

The game was taken to extra time after a goal deep in second-half stoppage time by Wout Weghorst, who entered as a substitute in the 78th and made it 2-1 five minutes later.

It was the latest second-half goal scored in a knockout-stage game at a World Cup and was cleverly worked, with Teun Koopmeiners feinting to curl a free kick into the area only to play it short and deceive the Argentine defense. Weghorst took a touch, held off his marker and slotted home a finish on the stretch.

Thed game featured 17 yellow cards, including one for Messi, who had blood coming from his upper lip at one stage.

Enzo Fernandes hit the post near the end of extra time and was the only Argentina player to fail to score in the shootout.