Mississippi officials give update on 2 officers shot and killed in Bay St. Louis

Bay St. Louis Police Sgt. Steven Robin and officer Branden Estorffe spoke to veterinarian Amy Anderson for nearly a half-hour before she fired at them while sitting in a parked vehicle in a hotel parking lot.

BAY ST. LOUIS, Miss. - A longtime veterinarian and mother has been identified as the woman who shot and killed two police officers in Mississippi on Wednesday, according to local reports.

Amy Anderson, 43, of Ocean Springs, Mississippi, was sitting in a parked SUV with a female child younger than 10 years old when the officers were sent to the parking lot of a Motel 6 in Bay St. Louis around 4:30 a.m. on a welfare check, the Mississippi Department of Public Safety said in a statement.

Bay St. Louis Police Sgt. Steven Robin and officer Branden Estorffe spoke to Anderson for nearly a half-hour before she fired at them while sitting in the vehicle, investigators said. During the conversation, the officers called for Child Protection Services, the police statement said. 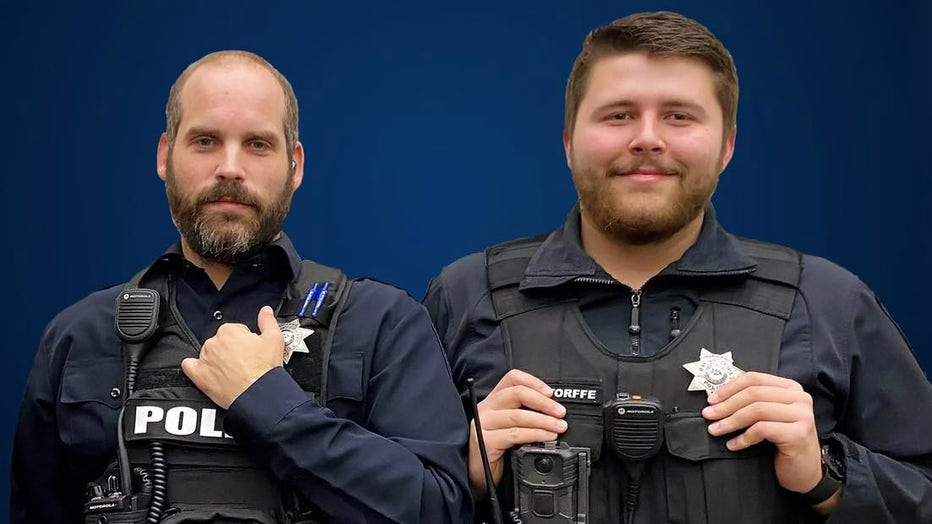 Additional officers who rushed to the scene found Anderson dead from a gunshot wound to the chest. An earlier statement said the woman shot herself, but investigators have since learned that one of the officers fired his weapon during the shooting. An autopsy will determine whether she committed suicide, according to The Mississippi Press.

It was still unclear what happened to the girl inside the SUV.

"He knew it was his job to make great cops out of young rookies," Schwartz said.

Officer Estorffe had been with the Bay St. Louis Police Department since July 2021, having "pridefully followed in his father’s footsteps as a civil servant in law enforcement." Schwartz said Estorffe was known for his great smile and sense of humor.

"He was an exceptional cadet. He was truly going places in law enforcement and our police department," Schwartz said.

The Sun-Herald reports that Anderson was a longtime veterinarian who has worked at vet offices in Mobile, Vicksburg, Ocean Springs and Gulfport, according to her Facebook page. In 2005, Anderson told the Vicksburg Post that she’d "wanted to be a veterinarian since I was old enough to know what it was."

Investigators are still trying to piece together what led to the fatal shootings.