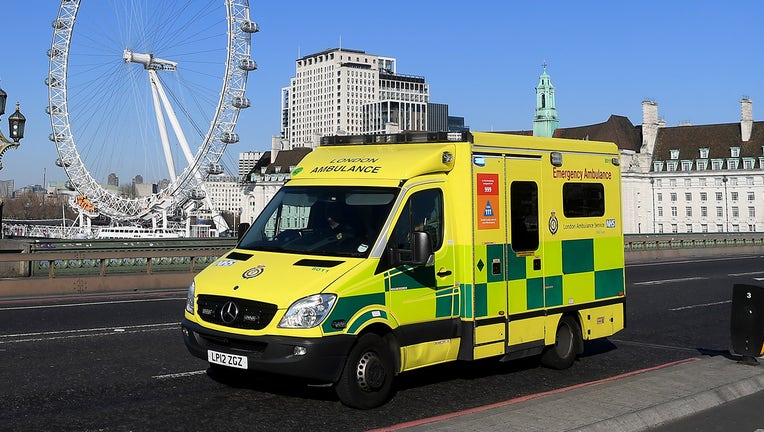 LONDON - Thousands of ambulance workers in Britain began a one-day strike on Wednesday, with unions and the government swapping accusations of blame for putting lives at risk.

The government advised people not to play contact sports, take unnecessary car trips or get drunk in order to reduce their risk of needing an ambulance, as paramedics, call-handlers and technicians across England and Wales staged their biggest walkout in three decades.

Three ambulance unions were striking for either 12 or 24 hours. They have pledged to respond to life-threatening calls, but officials said they couldn't guarantee everyone who needed an ambulance would get one.

"The system will be under very severe pressure today," Health Secretary Steve Barclay told Sky News. "We’re saying to the public to exercise their common sense in terms of what activities they do, being mindful of those pressures that are on the system."

Stephen Powis, national medical director of the National Health Service in England, advised people not to get "blind drunk."

"It’s the season of parties, pre-Christmas, so do enjoy yourself but obviously don’t get so drunk that you end up with an unnecessary visit" to a hospital emergency room, he said.

Health care staff and other public sector workers are seeking big raises in the face of decades-high inflation that was running at 10.7% in November.

Union leaders accused the government of deliberately prolonging the strike.

"I have never seen such an abdication of leadership as I have from Rishi Sunak and the health secretary," said Sharon Graham, leader of the Unite union that represents some ambulance staff.

Visiting a picket line in central England, she said "this government can make different choices. They can say that ‘actually we choose to invest in the people in the (health service).’ But they are looking at different choices, because they don’t want this to end. I think they want this crisis to be there."

Nurses have also held two days of strikes this month, piling pressure on a health system that is already under strain from surging demand as pandemic restrictions ease, alongside staff shortages from burnout and Brexit, which has made it harder for Europeans to work in the U.K.

Official statistics show that ambulances in many areas are routinely stuck waiting outside hospital emergency departments, sometimes for hours, because there are no beds for the patients.

"A lot of the time, I’ll sign on to an ambulance and the first job of the day is to go down to the hospital, relieve the night or day crew, and then I will spend my whole shift outside the hospital," said Harry Maskers, an emergency medical technician from Cardiff, Wales.

"I feel like unless I take action, this pattern will continue," he said.

Rail strike would have nationwide impact

With a looming rail strike, LiveNOW from FOX's Josh Breslow spoke with FOX 13 Tampa's Matt McClellan about the impacts in Florida and across the country.

Ambulance crews are due to strike again on Dec. 28. Railway staff, passport officers and postal workers are also planning walkouts over the Christmas holiday season. The U.K.’s most intense strike wave for decades is a response to a cost-of-living crisis driven by soaring food and energy prices in the wake of the COVID-19 pandemic and Russia’s invasion of Ukraine.

The government is calculating that public opinion will turn on the unions as people across the U.K. face postponed hospital appointments, canceled trains and travel delays during the winter holiday season. But opinion polls show a high level of support for the workers.