WASHINGTON, D.C. - It's long known that women in prison get sexually assaulted.

But after eight months of investigation, the U.S. Senate tried to quantify just how often – revealing that their inquiry began with the rampant abuse of high-level officers, including the warden and chaplain, at the all-women's prison in Dublin, Calif.

A Senate subcommittee on Tuesday released a 68-page report to the public, stating that Bureau of Prisons employees sexually abused female inmates in 19 of the 27 federal prisons that have held women over the last decade and that true number is most likely much higher.

"Our findings are deeply disturbing and demonstrate, in my view, that the BOP is failing systemically to prevent, detect, and address sexual abuse of prisoners by its own employees," U.S. Sen. Jon Ossoff (D-Georgia), chair of the Permanent Subcommittee on Investigation, said on Tuesday. "The purpose of today’s hearing is to understand what’s gone so badly wrong — to establish and examine the facts upon which we must build reform. Progress begins with the truth. It requires a full and unflinching examination of grievous failure."

In addition, there is currently a backlog of 8,000 cases assigned to the BOP's Internal Affairs unit, including hundreds of sexual abuse cases. The report found that the Internal Affairs' practices are "seriously flawed."

In addition, the BOP failed to implement the Prison Rape Elimination Act signed into law under President George W. Bush, especially at the Federal Correctional Institute in Dublin, where former warden Ray J. Garcia last week was found guilty of grooming, fondling and digitally penetrating at least three women dating back to 2019.

Not only that, but Garcia was in charge of leading those PREA trainings, and put his finger in a woman's vagina while PREA inspectors were visiting his prison in the next room.

Garcia is one of five correctional officers charged with sexual abuse – a total of four have now been found or pleaded guilty. It's the most criminal sex abuse cases at any one federal prison in the country. Still, former warden Wiley Jenkins told investigators he felt these illegal acts were simply "one-offs" and did not reflect any broader issues at the prison.

The findings of the report were headed by Ossoff and Sen. Ron Johnson (R- Wisconsin), and cites KTVU reporting among its findings.

Across the country, from coast to coast, women told similar stories of assault and retaliation.

The subcommittee investigators found that at least six male BOP employees sexually abused at least 10 women at FCI Coleman in Florida, yet these officers were never investigated and prosecuted.

One of the former officers, Keith Vann, admitted to investigators: "I had sexual intercourse and oral sex with inmate (redacted) on multiple occasions…I don't know the exact number of times but it occurred on more than one occasion." Other officers, Scott Campbell, Timothy Phillips and Christopher Palomares, also told investigators they touched women, squeezed them and once, had a sexual three-way.

At MCC New York, former officer Colin Akparanta sexually abused at least seven women under his supervision between 2012 and 2018. He was sentenced to three years in prison on Dec. 8, the same day Garcia was found guilty in U.S. District Court in Oakland.

On Tuesday, Carol Richardson testified that Akparanta used to show her compassion and brought her medicine and food. And then he got rough with her.

"I felt worthless, like I was something less than human that he could do with as he wished," she testified. "I was terrified that he or other BOP staff would retaliate against me or take away my privileges. I was afraid of being questioned and doubted. I felt the shame and blamed myself for not speaking up about the abuse. I felt like I should have yelled and screamed when he was sexually assaulting me. Even though at that time I felt that I had no real voice."

And nearby at MDC Brooklyn, two former lieutenants, Carlos Martinez and Eugenio Perez and one officer, Armando Moronta, were charged in 2017 for sexually abusing nine women during the night shift. All the officers were found or pleaded guilty. Perez was sentenced to 25 years in prison.

And still, these prisons all passed their PREA audits with flying colors, including at Dublin despite the "culture of abuse" that permeated the facilities, the report stated.

The group vested with the power of investigating these sex abuse allegations has some cases that have been pending for five years. With such a delay, holding "wrongdoers accountable" is nonexistent, the report stated.

It is a felony for any prison employee to engage in a sexual act with an incarcerated person, a charge with is punishable by up to 15 years in prison. Under the law, a person who is in custody, cannot give consent. 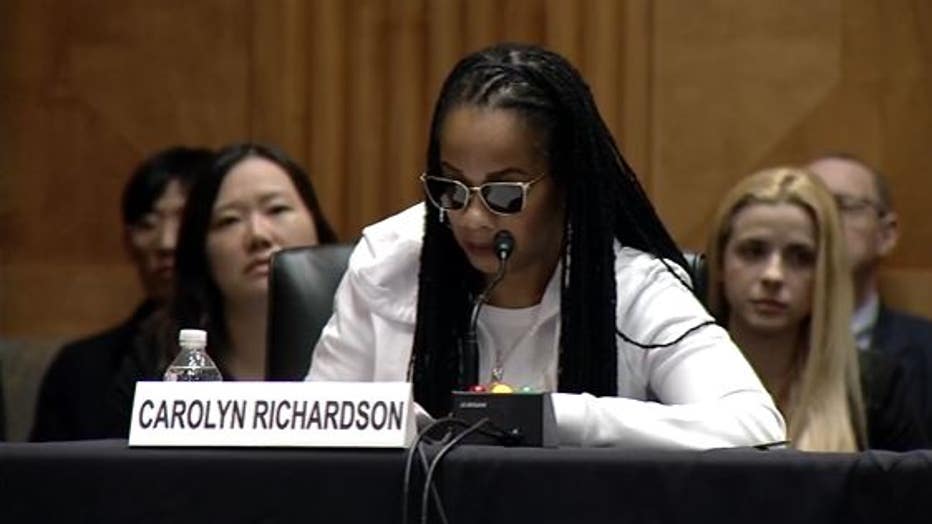 As for solutions, Professor Brenda V. Smith of American University, a national expert on sexual abuse in custodial settings, testified that "vigorous prosecution" is one way to hold officers accountable.

But Sen. Johnson pointed out the underlying key issue: There is no way for women to report abuses, without their emails and phone calls being monitored by officers – and they don't end up telling anyone about their trauma because they suffer severe retaliation for doing so.

Johnson asked the women who testified if they could think of any way to safely report what happened to them while they were incarcerated. They all said no.

"That is the crux of the problem that needs to be solved," Johnson said.

Many significant problems are still ongoing at the Dublin prison, despite having a new female warden. In fact, there are still persistent complaints of women not being able to speak with their lawyers and mental health counselors – considered safe havens whom they might be able to report abuses to.

The BOP said it was aware of Swalwell's letter but would not comment publicly on it.

At the hearing, BOP Director Colette Peters, who took on the role six months ago, promised that things would change, including upgrading security cameras at the prisons – which still haven't been installed at FCI Dublin – and firing abusers.  Ossoff’s Prison Camera Reform Act passed the Senate last year, but has still not passed in the House. It would require all prisons to have security camera coverage.

Peters acknowledged that the prison system has embraced a "culture of abuse."

And she said it's her job to change this culture, allowing women and their relatives to report abuses safely.

While the system is imperfect, Peters said the "convictions out of California" are hopefully signaling a warning to any officer who even thinks of committing an act of sexual abuse.

Ossoff reminded Peters that her tenure will be judged by whether she makes the necessary reforms.

Linda De La Rosa, a woman who was sexually abused at FMC Lexington in Kentucky and retaliated against for reporting her abuser, did not know if those vows from on high would hold.

All she knows is that the BOP failed her.

And she testified at the hearing that she wants it to stop.

"Senators, I make one request to stop this from happening from repeating. Now," she said. "Nothing you are hearing today is new. You have the power and the authority to force the system to change. Please use it." 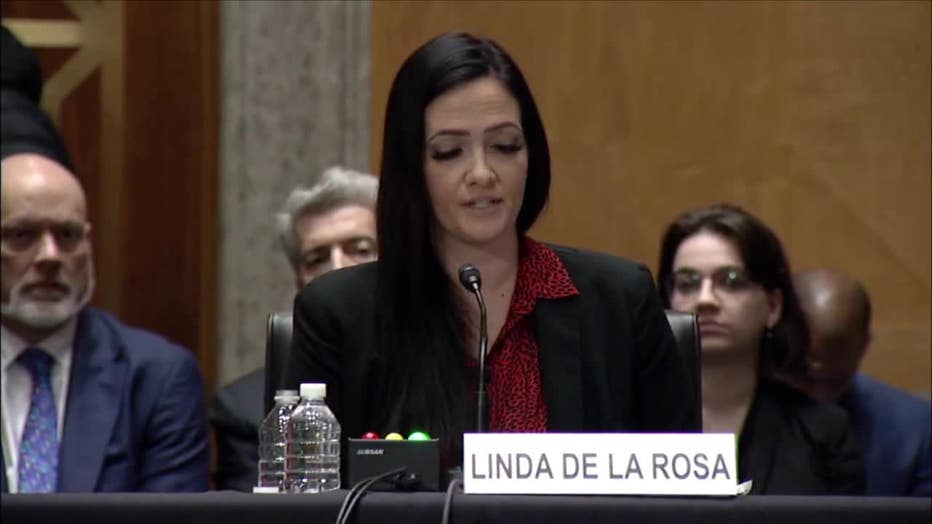 Linda De La Rosa testified that she was sexually assaulted and retaliated against at the prison in Lexington, Ky. Dec. 13, 2022

This story was reported in Oakland, Calif.

Lisa Fernandez is a reporter for KTVU. Email Lisa at lisa.fernandez@fox.com or call her at 510-874-0139. Or follow her on Twitter @ljfernandez