Kanye West has lost endorsement deals as a result of anti-Semitic comments made by the music star, known to most now as Ye." LiveNOW from FOX's Josh Breslow spoke with Pamela Nadell, the director of the Jewish studies department at American University about the impact on the Jewish community.

NAAMA Studios, located in London, extended the deal on social media after the rapper, now known as Ye, shared a series of anti-Semitic comments and racist remarks in recent weeks.

"When you have a tattoo inspired by someone you admire and they end up making headlines for all the wrong reasons… at NAAMA we offer an empowering, empathetic, high-tech tattoo clearing experience," the company wrote in an Instagram post. "If you want a change, we’re here to help."

The company also announced its free removal service last month, writing, "We’ll remove your Kanye tattoos for free." The posts have racked up hundreds of comments and likes.

The parlor told FOX Television Stations they are currently treating three people with tattoos of the rapper and have 10 people on their waiting list. They also have had around 50 additional people inquiring from the United States.

"One client, who we are currently treating has described how she really regretted her Kanye tattoo, and she is being trolled by people on social media because of her it," they told FOX.

"At NAAMA, we have a community-led initiative where we provide pro-bono treatment to people who need it most. From removing gang tattoos and hate symbols, reminders of radiotherapy, or even a relationship that belongs in the past, our SECOND CHANCES project empowers individuals to be free of the ink that triggers them the most," Briony Garbett, CEO of NAAMA Studios, explained to FOX. "We understand that tattoos can be triggering for some people and not everyone can afford to remove their tattoos. The Kanye tattoo removal offer is a natural extension of our Second Chances project." 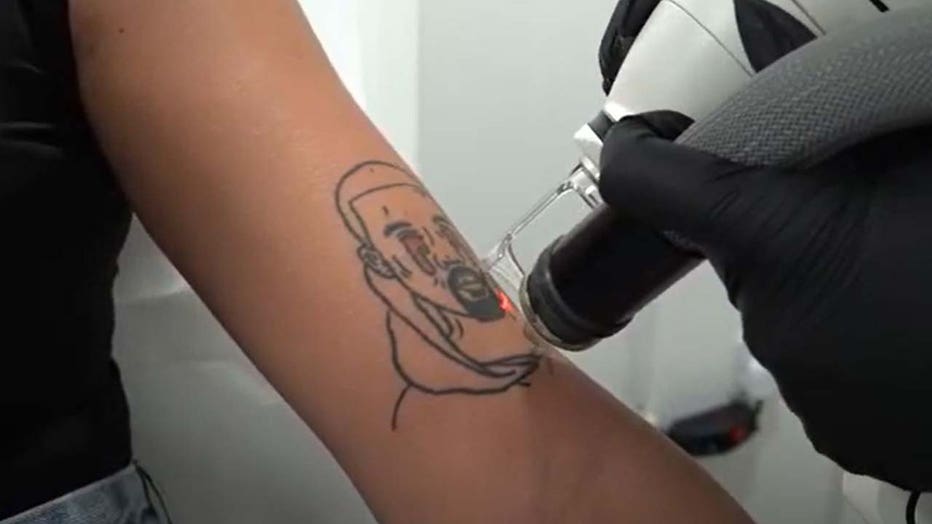 The rapper has been a popular celebrity in entertainment for decades, and hundreds of posts can be found on social media platforms with the hashtag #Kanyetattoo.

According to the studio, its tattoo removal treatment is the only tattoo removal service that safely removes dark ink on darker skin tones. The treatment usually costs around $2,400 depending on the size of the tattoo and the number of treatments.

Garbett added, "When you have a tattoo inspired by someone you admire and they start making headlines for all the wrong reasons, it’s not exactly something you want to wear on your sleeve that you are or were a fan. With that in mind, we wanted to come to the aid of those who are embarrassed about their Kayne West-inspired tattoos and are offering complimentary treatment for all UK fans that want them removed."

Recently, Ye has made a series of anti-Semitic comments, including praising Hitler in an interview with conspiracy theorist Alex Jones. Ye’s remarks led to his suspension from social media platforms, his talent agency dropping him, and companies like Adidas cutting ties with him. The sportswear manufacturer has also launched an investigation into his conduct.

Last week, Ye was suspended from Twitter after he posted a picture of a swastika merged with the Star of David. 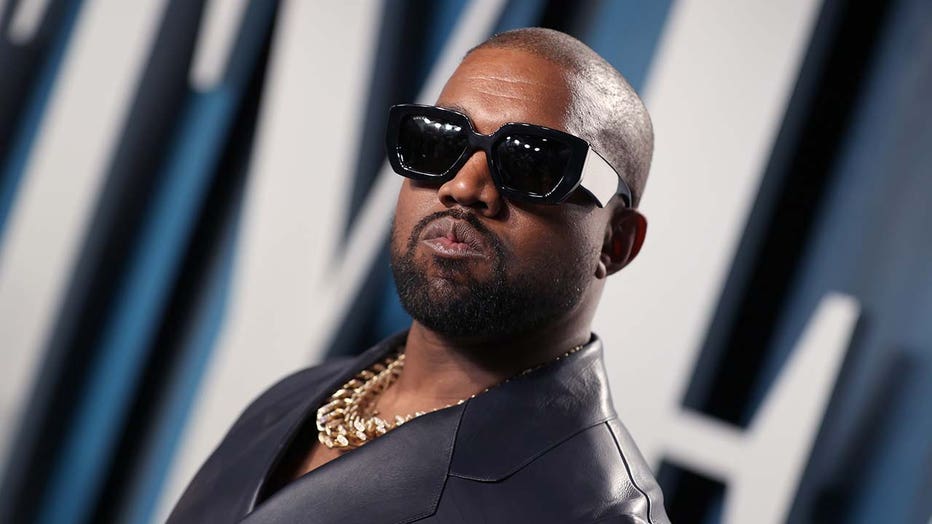 In 2020, Gallery X Art Collective, located in Murray, Kentucky, offered free appointments to cover up any hate or gang-related symbols, "no questions asked."

RELATED: Tattoo parlor gets hundreds of requests after offering to cover up hate and gang symbols for free

"Let’s get that s--- off your body," the post stated. "We have plenty of predawn designs and flash books, so if you feel it’s time to change your hate, or have been reformed but been too broke to cover your mistake of a tattoo, come see me you’ll get a class tattoo for free that can start your path to being the person you were meant to be."