Murder charges have been filed against a man accused in what prosecutors called an act of revenge, stemming from the death of the suspect's 16-year-old daughter.

NEWARK, Calif. - Murder charges have been filed against a man accused in what prosecutors called an act of revenge, stemming from the death of the suspect's 16-year-old daughter.

On Tuesday, the Alameda County district attorney announced the charges against 52-year-old Louie Sixto Lopez in the shooting death of 40-year-old Reynaldo Cantu in Newark. 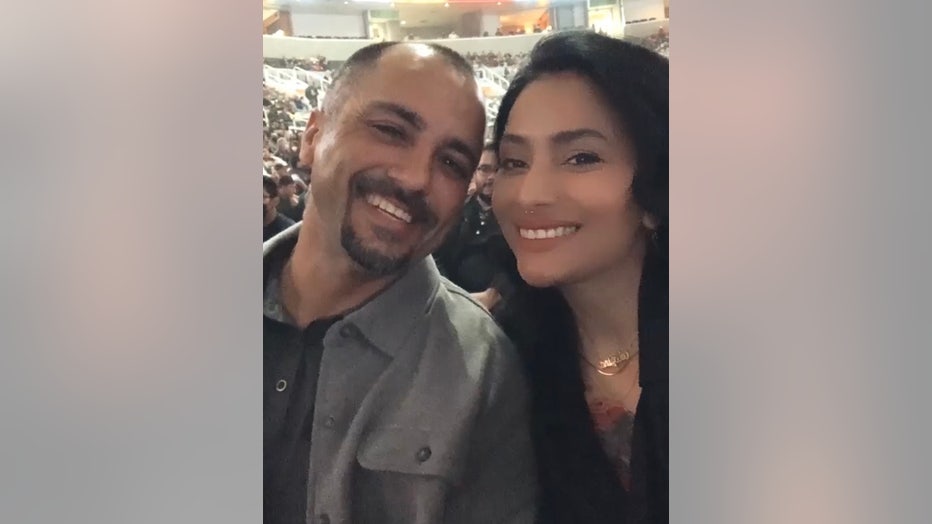 Newark husband and father, Reynaldo Cantu, seen here with his wife, Celestina Cantu, was killed in a shooting outside his home on Dec. 2, 2022.  (Celestina Cantu)

Investigators said Lopez carried out the killing last Friday afternoon, when the suspect, armed with a gun, went to the victim’s home, and as the victim got into his parked car in the driveway, Lopez confronted him while asking where his son was.

"The defendant stated that his son had killed his daughter, and shot the victim twice," District Attorney Nancy O’Malley’s office said in a news release.

In the probable cause declaration for the arrest warrant, investigators stated that prior calls to police, as well as previous investigations with the parties involved led them to identify Lopez as the suspect in Cantu’s death. They also noted that the killing was captured by a Ring camera on the property.

KTVU has learned that the killing stemmed from the death of 16-year-old Danielle Lopez, who was struck and killed while walking across Interstate 680 in San Jose on Oct. 3. 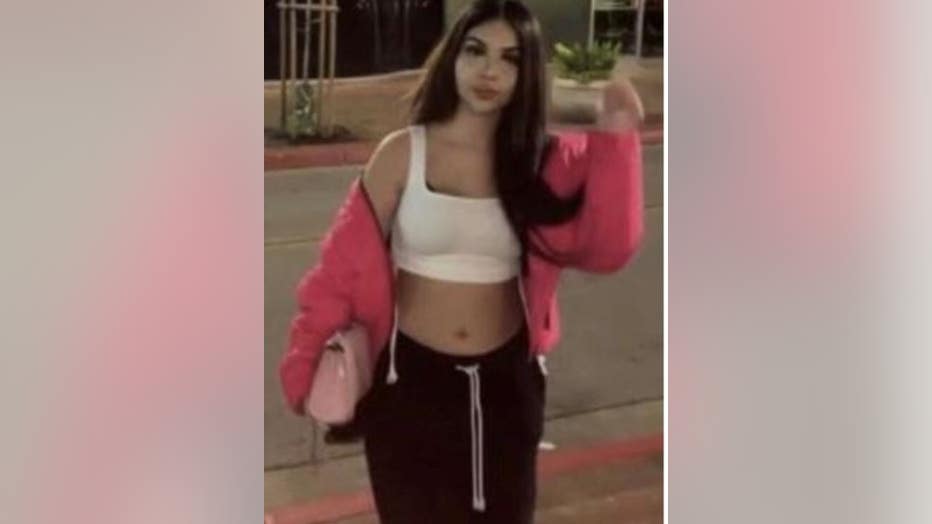 KTVU reported on that fatality as investigators and Danielle Lopez’s family sought answers to what led to her death. The family had said that she was with her boyfriend at some point during the night of the collision and that following an argument, she got out of the car a few exits from where her body was later located.

With that information, some made assertions that the boyfriend was involved in some way, a claim that was never validated.

The California Highway Patrol said investigators were aware of the allegations but denied that there was evidence from their investigation so far to believe her boyfriend was to blame.

"At this point we have a fatal traffic accident that happened on 680. We’re looking into the other claims, but we don't have any new information to suggest that those claims are factual," CHP Officer Ross Lee told KTVU on Tuesday.

Despite the lack of evidence to show that the boyfriend had anything to do with the death, Reynaldo Cantu’s wife, Celestina Cantu, said that her family became a target and victimized in a series of threats.

In a tearful and emotional interview with KTVU, Celestina Cantu said her husband’s killing could and should have been prevented, and she expressed anger over the fact that investigators were saying her husband was a victim of a "revenge murder."

She said calling it an act of revenge suggested that the killing was in retaliation for another act, which she said was not the case and that her son, Danielle’s boyfriend, had nothing to do with the teen's tragic death.

She said that if anything, the Cantu family was there for the teen when she was going through tough times in her life and that the child's own family failed to protect her.

Cantu said that in the face of the threats following the teen's death, she reported every incident to police and made desperate pleas for help but that the system failed her.

She told KTVU that the threatening acts included a drive-by shooting at her home on the evening of Oct. 20, which she said occurred all while her younger children were at home.

Cantu said she called 911 and reported the shooting. "Nothing was ever done," the mother said.

And the harassment continued, she said, describing how her 15-year-old daughter was even targeted at school, forcing the mother to pull the teen and her 10-year-old son out of school for homeschooling.

Cantu said she believes individuals with ties to Danielle would show up outside their home on various occasions, that her family was terrorized and anxiety-ridden by these acts of harassment, and that Newark police were warned and notified, but that they did not do enough to project them.

Newark police told KTVU on Tuesday that a 17-year-old suspect was arrested in connection with the drive-by shooting.

For Cantu, she said after all that trauma, now, with her husband gone, she was left completely broken and shattered. 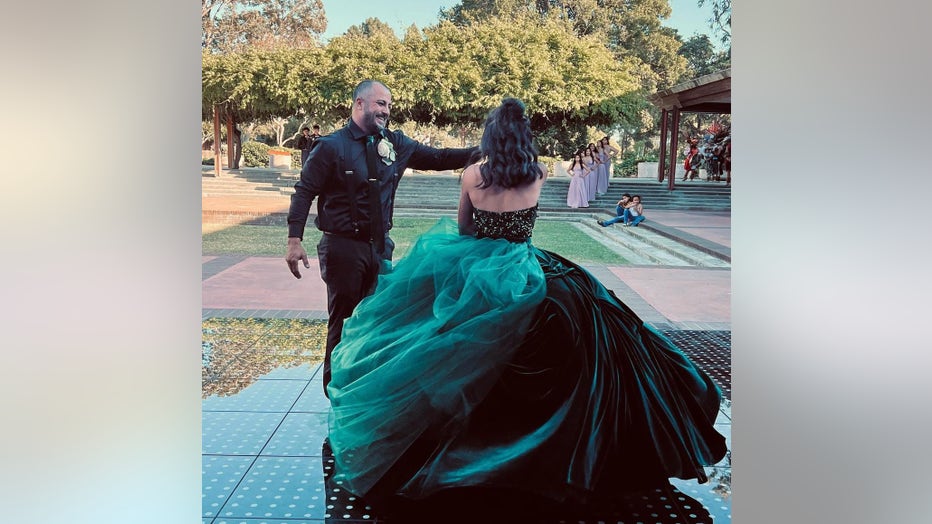 Reynaldo Cantu, seen here at his daughter's quinceañera, was shot and killed in front of his Newark, Calif. home on Dec. 2, 2022.  (Celestina Cantu)

"I’m so lost. I can't reiterate what he meant to me. There are no words. He was just perfection in our world," she told KTVU. "How am I going to do it with no husband who did everything?" she asked. 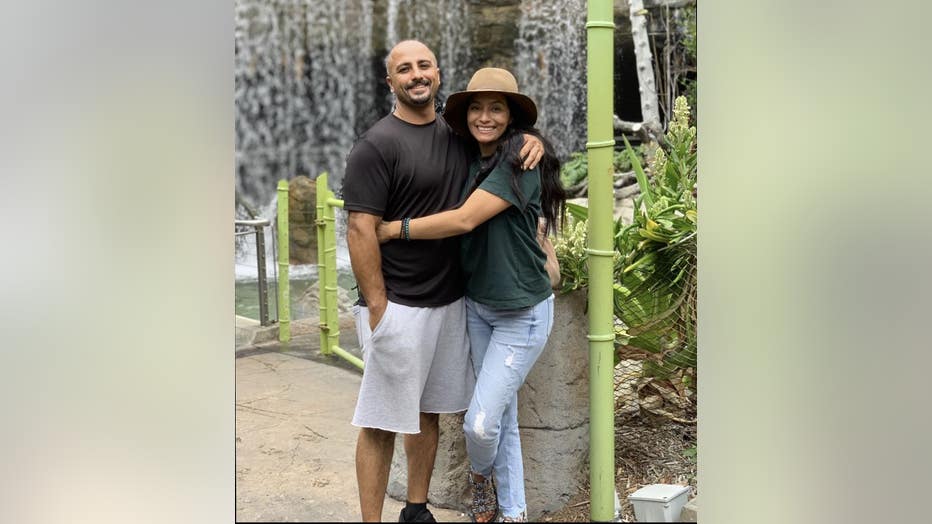 Reynaldo Cantu, seen here with his wife Celestina Cantu, was killed in a shooting outside his Newark, Calif. home on Dec. 2, 20 (Celestina Cantu)

Cantu said that she faced the Herculean task of caring for her family in the incredible way that he did. He was an amazing father, active and involved in his kids' lives. And to her, he was the love of her life.

In a GoFundMe set up for the Cantu family, she wrote, "Our love was something beyond words, immeasurable and if anyone has experienced this in life, you all know how I hurt now. I’m lying beside his 10-year-old son as I write this. His words: but how can I go on without my dad?"

Cantu said that beyond the loss for her family, the community lost a great man who dedicated so much of himself to others-- from coaching youth sports to caring for rescued animals and volunteering his time to help blind and deaf people. The wife said he's been in the newspaper for saving people, including a rescue he made in the ocean when a child was drowning.

She recounted how her husband, an avid fisherman, would go out once a year with a group from the deaf and blind community and help them experience the joy of fishing, as he would catch fish for them and help them win prizes for the largest fish.

"He took care of the community," she said.

Cantu also spoke of how much her husband loved his animals. She’d come home and find him rolling around the floor wrestling and playing with their rescue dogs.

In addition to the dogs, he had a bearded dragon, a plethora of fish and a bird.

She asked in desperation, how she would be able to take care of all of his beloved animals, including one of their dogs who was sick and needed medication.

"The day he passed away, he said that I needed to take him to the vet to get medicine," Cantu shared, as she put out a call for a veterinarian in the community who might be able to help.

Celestina Cantu said her husband was beloved and respected by the countless who called him friend as well as those with whom he worked as a fire sprinkler serviceman for Local 483.

Words of support left on the GoFundMe paid respect to "ReyRey" Cantu as a "good man and great union brother."

His wife said his loss was tremendous, leaving gaping holes throughout the community.

The GoFundMe for the Cantu family can be found here. 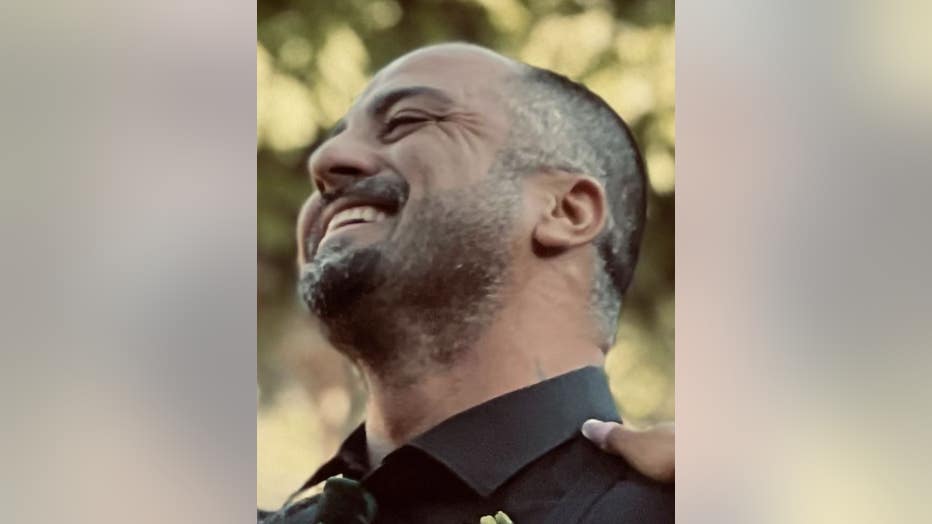 The family of Newark man Reynaldo Cantu mourned his death, remembering him as a beloved husband, father, and friend. The 40-year-old was shot and killed outside his home on Dec. 2, 2022. (Celestina Cantu)