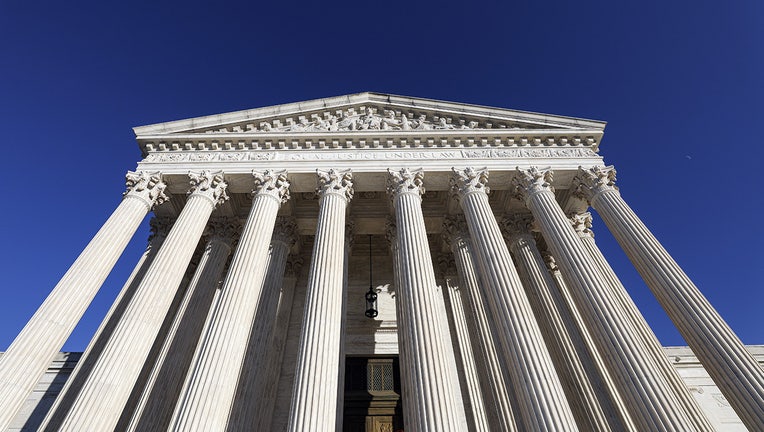 File: The Supreme Court of the United States building are seen in Washington D.C., United States on December 28, 2022. (Photo by Celal Gunes/Anadolu Agency via Getty Images)

WASHINGTON - The Supreme Court said Thursday it has not determined who leaked a draft of the court's opinion overturning abortion rights, but that the investigation continues.

Eight months after Politico published its explosive leak detailing the draft of Justice Samuel Alito’s opinion that overturned Roe v. Wade, the court said its investigative team "has to date been unable to identify a person responsible by a preponderance of the evidence."

Never before had an entire opinion made its way to the public before the court was ready to announce it.

Chief Justice John Roberts ordered an investigation the next day into what he termed an "egregious breach of trust."

Investigators "conducted 126 formal interviews of 97 employees, all of whom denied disclosing the opinion" in sworn statements, the court said in a 23-page document posted on its website.

Some employees had to amend their written statements after they "admitted to telling their spouses about the draft opinion or vote count," the report said.

The court said it could not rule out that the opinion was inadvertently disclosed, "for example, by being left in a public space either inside or outside the building."

Investigators looked closely at connections between court employees and reporters, and they found nothing to substantiate rampant speculation on social media about the identity of the leaker.

The investigation concluded that it "is unlikely that the Court’s information technology (IT) systems were improperly accessed by a person outside the Court," following an examination of the court’s computers, networks, printers, and available call and text logs.

The "risk of both deliberate and accidental disclosures of Court-sensitive information" grew with the coronavirus pandemic and shift to working from home, the report said. More people working from home, "as well as gaps in the Court’s security policies, created an environment where it was too easy to remove sensitive information from the building and the Court’s IT networks," the report said. 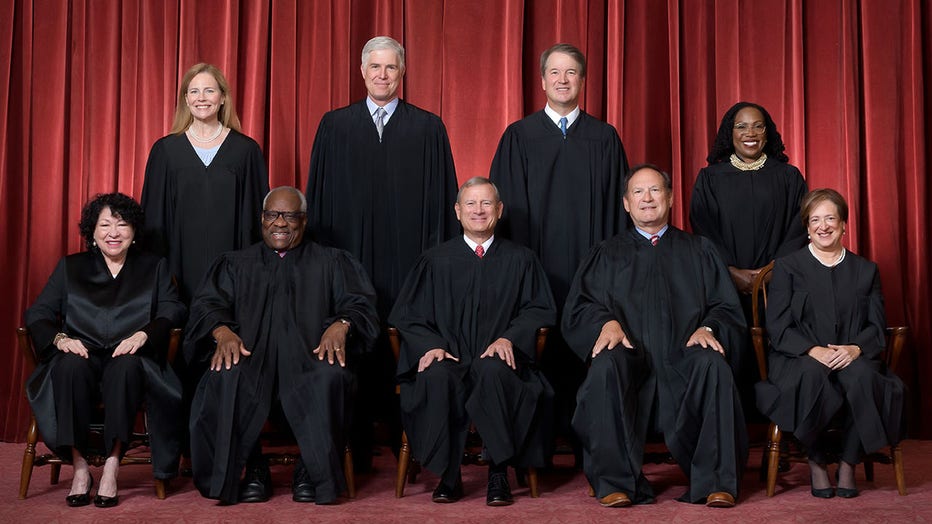 Formal group photograph of the Supreme Court as it was been comprised on June 30, 2022 after Justice Ketanji Brown Jackson joined the Court. The justices are posed in front of red velvet drapes and arranged by seniority, with five seated and four sta

Investigators are continuing to "review and process some electronic data that has been collected and a few other inquiries remain pending," the report said.

Roberts also asked former Homeland Security Secretary Michael Chertoff, himself a onetime federal judge, to assess the investigation. Chertoff, in a statement issued through the court, described it as thorough.

Politico published the draft decision on May 2. Less than 24 hours later, Roberts confirmed the draft’s authenticity and said he had directed the court’s marshal, former Army Col. Gail Curley, to lead the investigation.

Since then, there had been silence from the court — until Thursday.

The court had declined to say anything about the status of the investigation or whether an outside law firm or the FBI has been called in or whether it had taken steps to try to prevent a repeat. Speaking in Colorado in September, Justice Neil Gorsuch said he hoped a report was coming "soon" but he did not say whether it would be made public.

Gorsuch joined Roberts in condemning the breach of trust the leak engendered. Justice Clarence Thomas spoke in even starker terms about the leak’s effect on the justices.

"When you lose that trust, especially in the institution that I’m in, it changes the institution fundamentally. You begin to look over your shoulder. It’s like kind of an infidelity that you can explain it, but you can’t undo it," he said while speaking at a conference in Dallas less than two weeks after the leak became public.

The leak itself sparked protests and round-the-clock security at justices’ homes. Alito said it made the conservative justices who were thought to be in favor of overturning Roe v. Wade "targets for assassination" that "gave people a rational reason to think they could prevent that from happening by killing one of us."

In early June, a man carrying a gun, a knife and zip ties was arrested near Justice Brett Kavanaugh’s house in Maryland after threatening to kill the justice. The man told police he was upset by the leaked draft.

Responding to protests outside the court, officials ringed the building with hard-to-climb fencing, the same barrier that was in place for months following the Jan. 6, 2021, attack on the Capitol.

When the final decision was released on June 24, it was remarkably similar to the draft that was leaked. Alito, Thomas, Gorsuch, Kavanaugh and Justice Amy Coney Barrett voted to overturn Roe.

Speculation has swirled since the draft’s release about who might be the source. Only the justices, a small number of staff and the justices’ law clerks, young lawyers who spend a year at the court helping the justices with their work, would have had access to the document.

Conservatives pointed fingers at the liberal side of the court, speculating that the leaker was someone upset about the outcome. Liberals suggested it could be someone on the conservative side of the court who wanted to ensure a wavering justice didn’t switch sides.

It would have taken just one conservative justice to side with Roberts to alter the decision. Instead of overturning Roe entirely, Roberts favored weakening abortion rights.