A chimpanzee named Mahale, recently gave birth at the Sedgwick County Zoo in Wichita, Kansas, and was separated from her newborn following some complications.

WICHITA, Kan. - A Kansas chimpanzee who showed the world what a mother's love looks like is now mourning with millions after the unexpected death of her 5-week-old son.

An animal care team at the Sedgwick County Zoo in Wichita said the chimpanzee infant was found dead and cradled in his mother's arms when they arrived at the zoo Thursday morning.

Kucheza, which means "play" in Swahili, was born at 12:48 p.m. on November 15 via C-section at the zoo. The announcement of his birth came hours after the zoo posted a tear-jerker video of the newborn being welcomed back into his loving mother's arms following a two-day medical observation. 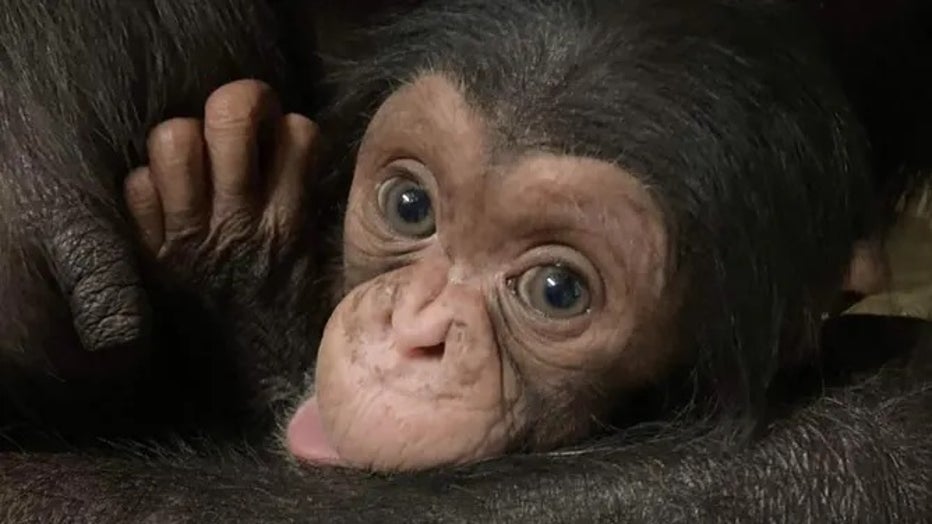 The infant's mother, Mahale, is not quite ready to part with her son, but when she is, the zoo team plans to perform a full medical assessment to determine the baby chimp's cause of death.

"Mahale’s love for Kucheza was and will continue to be felt by billions of people around the world," the zoo said in a statement to FOX Weather. "In his few short weeks of life, Kucheza brought joy and light to so many and sparked an opportunity to educate the world about chimpanzees, the dangers they face in the wild, and most importantly - why we should care."

This was the third offspring of the 28-year-old mother and was important birth for the species' population. Chimpanzees are listed as endangered, and wild populations are decreasing due to habitat loss and poaching for bushmeat.

LINK: Get updates and more on this story at foxweather.com.