FORT LAUDERDALE, Fla. - It started as a normal Tuesday night at the Fort Lauderdale City Commission meeting, with commissioners set to discuss solid waste management on the evening's agenda.

But when one citizen had signed up to speak on the matter, commissioners invited her to the podium — and likely did a double-take.

Three women, clad from head to toe in leather and latex, walked up. Their faces were completely covered by visors, except for the speaker, who had signed up to speak as "Mizz Tres Krave," according to WSVN. She had an opening on her mask so she could address the commission.

"Good evening, council peoples," she began. "You may call me mistress." 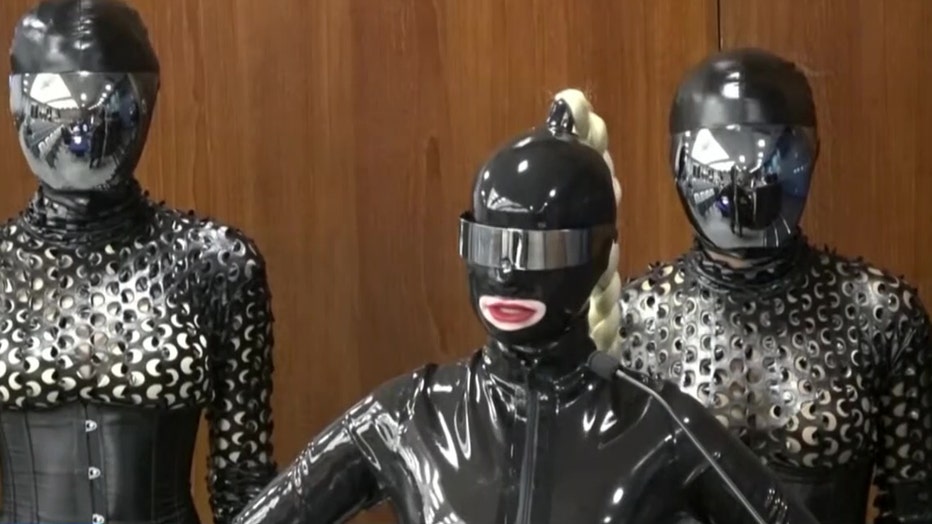 She then conceded that she was not, in fact, there to speak about the sanitation issue at hand on the agenda.

"I am here standing neutral to the motion approving an agreement for the proprietary purchase of yard waste processing and disposal," she said. "I do, however, find it interesting that you will spend almost $1 million to hide your secrets down the drain."

She then proposed that commissioners use that money elsewhere: to build a dungeon in the city of Fort Lauderdale, "created for us, by us, the taxpayers and voting citizens."

"In closing, do not let this glamorous look distract you from doing your duty to take my demand. I look forward to spanking each and every single one of you at the new esteemed dungeon," she said. "You are dismissed."

As the trio walked away, one of the commissioners said, "OK thank you, and happy holidays to you." 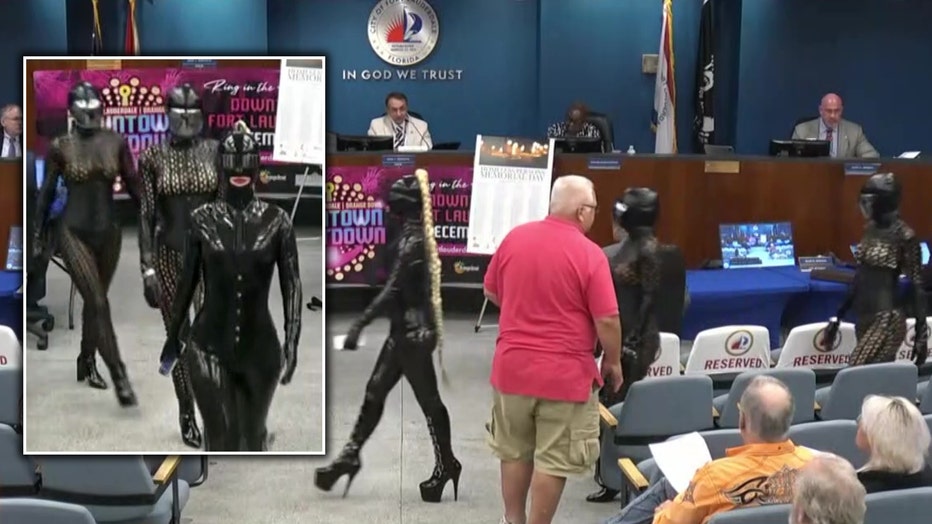 Before moving on, some felt compelled to briefly discuss what they had just witnessed.

One asked, "City manager, are there districts that have a dungeon?"

"Not that I know of," he replied, laughing.

Commissioner John Herbst then chimed in, "I know there are a couple of different proposed clubs of a variety of natures from a couple of years ago. I thought they were mostly in District 2, though."

Fort Lauderdale's District 2 comprises much of the downtown portion of the city.

"We have a lot of things going on in District 2, but I don't think we have any dungeons," said Commissioner Steven Glassman, who represents the district.

The unusual commission meeting got the attention of many on Twitter.

"Where is 'District 2'? Asking for a friend," one person tweeted.

Another wrote, "Did anyone even need her to mention Broward County to know this was in Florida? Classic."

WSVN reports that the women are connected to Krave Nightclub in Miami, and apparently handed out business cards for the club at the meeting.