While eight of the 10 counts in her election lawsuit were dismissed, a judge did allow defeated Republican gubernatorial candidate Kari Lake's legal team to prove their claims, in court, on ballot printer and ballot chain of custody problems. FOX 10's Steve Nielsen has more on what Lake's legal team needs to prove.

PHOENIX - A Maricopa County judge on Dec. 19 dismissed most, but not all of the counts mentioned in Republican gubernatorial candidate Kari Lake's election lawsuit.

During a hearing on Monday, Lake's attorney claimed Election Day was filled with chaos and mayhem, from printer errors to claims of fraud with signature verification and chain of custody.

"It should proceed to trial. The people should get to see," said Kurt Olden, who was representing Lake in court. "This is about restoring trust in our election system. The kind of debacle that happened on November 8 should never happen. There are processes in place to make sure it doesn’t, and the defendants did not follow those processes. That’s the point, Your Honor."

Governor-elect Katie Hobbs' attorney argued that Lake has no evidence to back up the claims.

In a 19-page motion filed last week, Hobbs' lawyers said the judge should not indulge Lake a minute longer than it takes to dismiss her lawsuit, and said Lake's suit points to no evidence of Election Day fraud and fails to point out any actual misconduct.

"In the end, Your Honor, if there is anything rotten in Arizona, it is what this contest represents," said Abha Khanna. "For the past several years our, democracy and its basic guiding principles have been under sustained assault from candidates who just cannot or will not accept the fact that they lost."

Specifically, court documents state that of the 10 counts listed in Lake's lawsuit, counts two and four were not dismissed.

Judge Thompson's ruling states that while the first allegation is not enough to state a claim, Lake is still entitled to try and prove her claims that the ballot printers were interfered with.

"Plaintiff must show at trial that the BOD [ballot-on-demand] printer malfunctions were intentional, and directed to affect the results of the election, and that such actions did actually affect the outcome," read a portion of the ruling with regard to count two.

Count four, meanwhile, deals with ballot chain of custody. Specifically, the count alleges that there are violations of the County Election Manual pertaining to a chain of custody for ballots.

"As presented, whether the county complied with its own manual and applicable statutes is a dispute of fact rather than one of law. This is true as to whether such lack of compliance was both intentional and did in fact result in a changed outcome. Consequently, Plaintiff has stated a claim," read a portion of the ruling with regard to count four.

A hearing for what's left of Lake's lawsuit is set to take place on Dec. 21. Officials with the Secretary of State's Office have confirmed that Hobbs will not have to testify.

During the hearing, Lake's attorneys will have to try to prove that printer issues on election day were intentional, and that there were chain of custody violations.

"They require evidence there was an actor who did this intentionally, and it had an adverse impact on the outcome of the voting, and they must prove it to one of the highest levels of civil litigation: clear and convincing evidence," said lawyer Tom Ryan.

Ryan said the judge wanted to give Lake's legal team an opportunity.

"The judge says ‘well, you’re making the allegation, and you're basically telling me because you verified your complaint that you're going to be able to prove it. Alright, I'll put you to your task,'" s aid Ryan.

For the two-day trial, Lake's team will get 5.5 hours to prove their case.

In the lawsuit, Lake had demanded Maricopa County hand over a variety of documents related to the election. In the ruling, Judge Thompson ruled that Lake should be given the opportunity to inspect:

In a ruling, Judge Thompson denied Lake's request, filed via a "motion to clarify," to allow her representatives to copy and photograph ballots. The same order, however, also grants Lake's request for Maricopa County to make available for inclusion tabulator-rejected "ballot-on-demand" left by voters at the vote center to be counted later.

A judge in Maricopa County has dismisses all but two counts in Kari Lake's lawsuit over her defeat in the 2022 election. 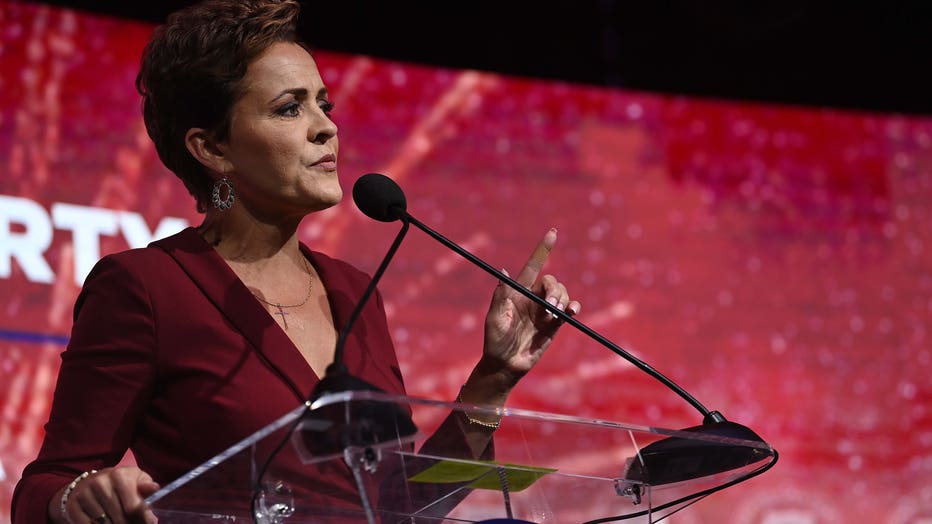