But some keep more of it than others.

Low temperatures increase the resistance inside batteries, which reduces their performance.

The effect varies widely from vehicle to vehicle and doesn't necessarily change in lockstep with falling temperatures, so it's tough to pin down. 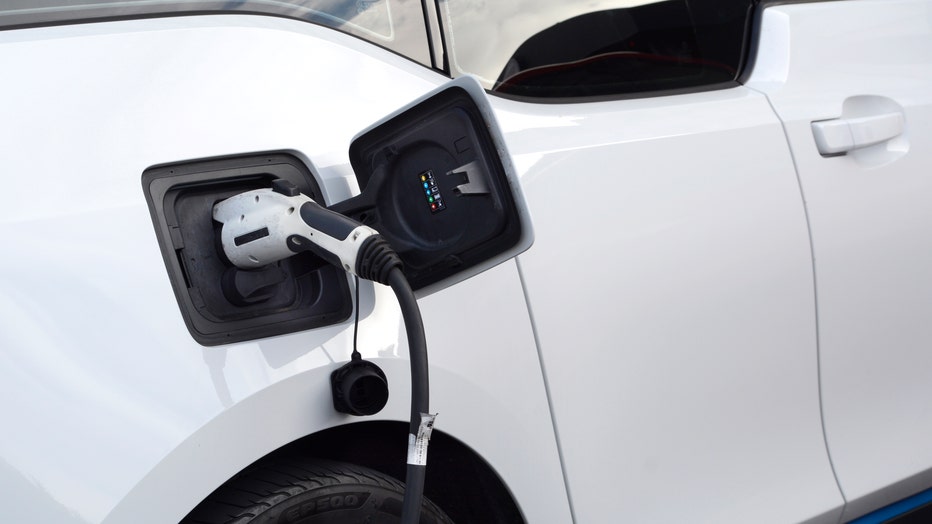 SAN FRANCISCO, CALIFORNIA - SEPTEMBER 14, 2018: An electric BMW vehicle gets its batteries charged in the parking lot of a hotel in San Francisco, California. (Photo by Robert Alexander/Getty Images)

Online battery health reporting company Recurrent gave it a shot by collecting data from EV owners and onboard vehicle systems to estimate how much range is lost between 70 degrees and freezing.

Of the 13 vehicles studied, the Jaguar I-Pace performed the best, losing just 3% of its 234-mile range in cold weather.

The Audi e-tron Premium Plus was second with an 8% drop, which is particularly good for its owners because the model looked at had a range of just 204 miles on a full charge. New models have longer ranges.

Both models benefited from using an efficient heat pump for their climate control systems, which redistributes heat being generated by the powertrain.

At the low end was the Chevrolet Bolt with a 32% drop, which was slightly outdone by the Ford Mustang Mach-E Premium AWD with Extended Range battery and the VW ID.4, both at 30%.

The Tesla Model 3, Y, S and X all ranked mid-pack between 13% and 19%, some of the cars included also relying on the heat pump technology.

Recurrent lists several ways to improve an EV's cold-weather performance. Key among them is utilizing the preconditioning feature when available, which typically draws on the home power to keep the battery warm while it's still plugged in.

Drivers are also advised to rely more on the heated seats and steering wheel than the cabin climate control.

Ford recently shared similar tips, adding a reminder to remove snow from the vehicle, which can create aerodynamic drag, and keeping the tires at the proper pressure.