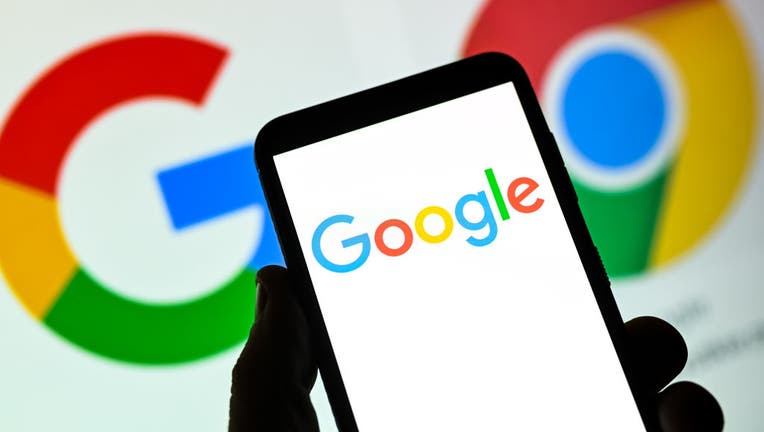 POLAND - 2022/12/02: In this photo illustration a Google logo seen displayed on a smartphone. (Photo Illustration by Mateusz Slodkowski/SOPA Images/LightRocket via Getty Images)

Google responded to controversy surrounding the definition of "Jew" that appeared as a result on the popular search engine on Tuesday, offering its apologies.

When the word "Jew" was searched on Google on Tuesday morning, the word was defined as an offensive verb, at least until about 1 p.m.

Specifically, the top definition that appeared in Google’s search results described the word "Jew" as to "Bargain with someone in a miserly or petty way," with the origin being "in reference to old stereotypes associating Jewish people with trading and money lending."

Google Search Liaison Danny Sullivan took to Twitter to say sorry on behalf of the search engine company, while also offering an explanation.

"Our apologies," Sullivan tweeted. "Google licenses definitions from third-party dictionary experts. We only display offensive definitions by default if they are the main meaning of a term. As this is not the case here, we have blocked this & passed along feedback to the partner for further review."

Fox News Digital sought a statement from Google as to why the search for the word "Jew" was listing an "offensive" verb as the top definition, before it recently was switched back to the noun definition.

In response, Google turned the attention to Sullivan’s tweet and a help center article about how Google sources definitions on Search.

According to the Google representative, dictionary boxes show definitions from third-party expert sources. The representative also said Google does not create, write or modify definitions, adding the results do not reflect the opinions of Google.

"We license definitions, which include examples, similar and opposite words, and origins, from third-party experts who compile dictionaries," the representative noted.

Read more on this story from FOX News.