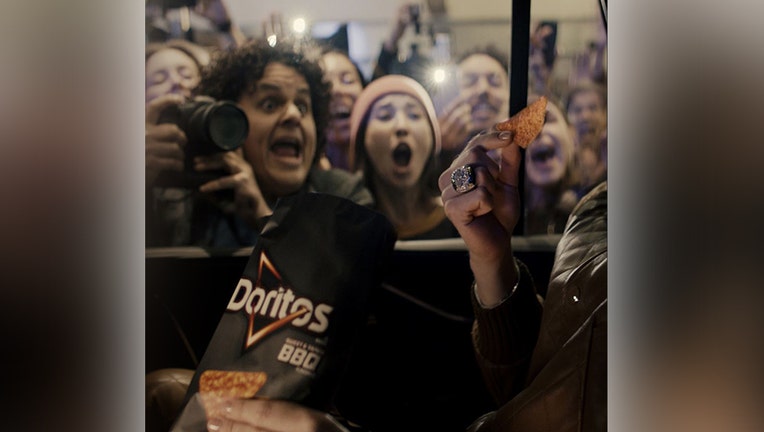 Doritos is giving a lucky fan the chance to star in their new Super Bowl 2023 commercial in February. (Photo courtesy of Doritos)

Super Bowl LVII kicks off in February, and Doritos is making a splash this year with their new commercial airing during the big game.

The flavored chip brand is giving one lucky fan an opportunity to appear in their new ad with a mystery celebrity to promote their new Doritos Sweet & Tangy BBQ chips that hit stores in January, Doritos shared.

Fans entering the contest are encouraged to check out a video posted by TikTok star @vibin.wit.tay to create their own "triangle-inspired" dance on the social media platform using the hashtags #DoritosTriangleTryout and #Entry.

The contest is open now for submissions, and Doritos says they will choose three finalists on Jan. 13, with the winner announced the following week.

Details about the contest are available on Doritos website and Twitter page. The company also posted a photo on social media teasing the commercial.

The image shows the date "2-12-23" with paparazzi gathered outside a car door as the mystery celebrity holds a bag of Doritos with a chip in the other hand complimented by a flashy ring.

Last year, Doritos aired a commercial during the Super Bowl starring rapper Megan Thee Stallion where she gets locked out of her trailer by a sloth.