A major winter storm that killed more than a dozen people, brought blizzard conditions to multiple states and knocked out power to over 1 million customers is still wreaking havoc on Christmas.

As the storm heads into Canada, the lake-effect snow will continue Sunday. Strong winds within the lake bands continue to cause blizzard conditions in western New York and Michigan as Winter Storm and Blizzard warnings are scattered across the region.

Nearly 94 million are under Wind Chill advisories on Christmas morning from North Dakota to Miami. 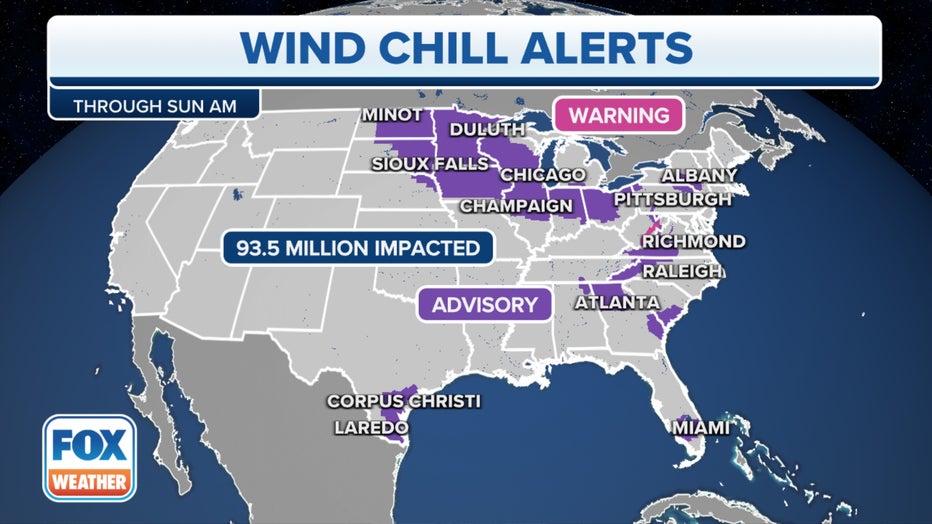 Dangerously cold temperatures will now spread into the Great Lakes and Northeast for Christmas weekend, freezing areas in the wake of a crippling winter storm. Sunday will be the coldest day along the Eastern Seaboard down to the Southeast.

Temperatures will begin to warm gradually starting Monday with most of the country returning to above-average temperatures by the middle of the week.

WHITE CHRISTMAS FORECAST: BLIZZARD TO LEAVE MUCH OF NATION COVERED IN SNOW FOR HOLIDAY WEEKEND

It isn't just this arctic blast causing a holiday disaster. Multiple feet of snow have jeopardized Christmas travel plans for the once 150 million Americans under some winter weather alert. 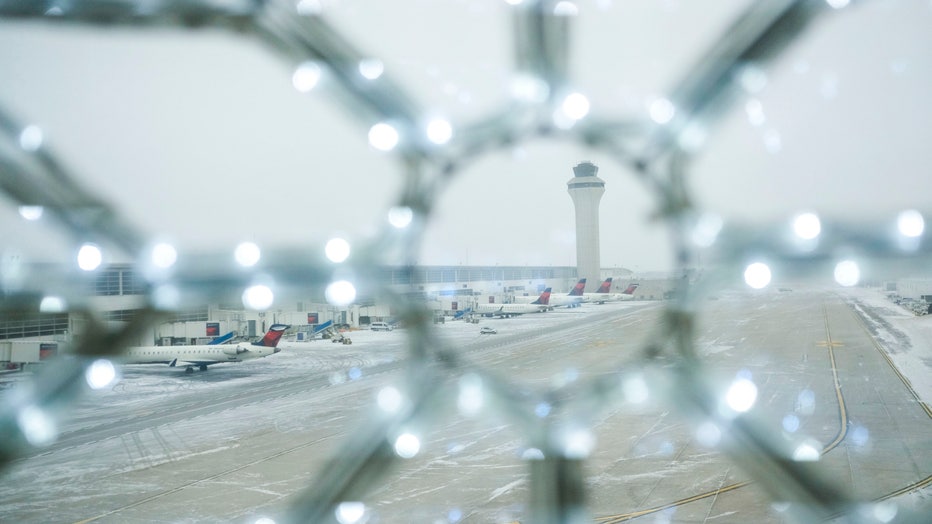 The Christmas week storm also proved deadly, with as many as 17 deaths reported due to the combination of dangerous driving conditions and frigid temperatures.

At least four people were killed after a massive pileup in Ohio on Friday. It happened along eastbound Interstate 80 between Route 53 and State Route 4 in Sandusky County. At least 46 cars were involved.

The snow event is far from over on Sunday for parts of the Great Lakes.

Intense low pressure, which became a bomb cyclone early Friday, will continue to produce strong winds and lake-effect snow from the Great Lakes to the Northeast, weakening by Christmas evening.

The strong winds and snow will continue to produce blizzard conditions with visibility as low as a few hundred feet. 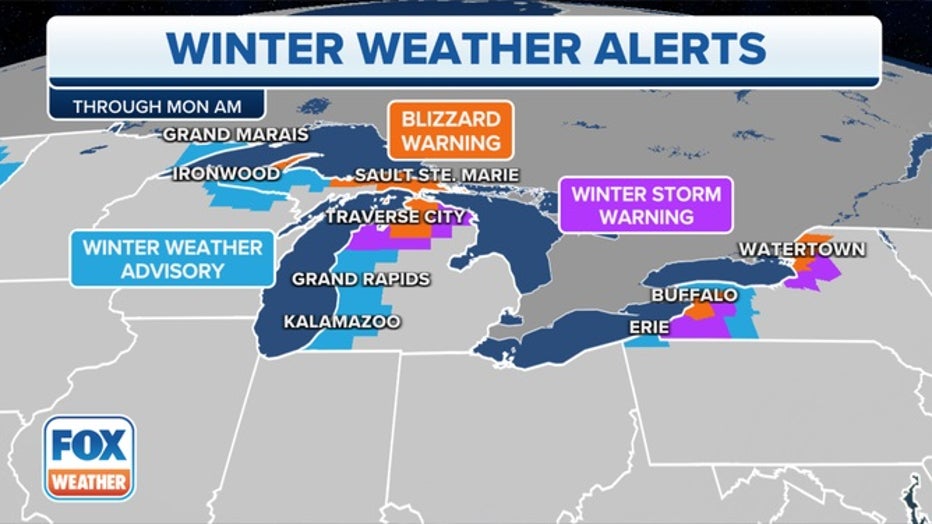 The FOX Forecast Center said snowfall rates would sometimes exceed 2 inches an hour. More than 2-4 feet of snow is likely across much of Michigan and western New York. Some locations near Lake Eerie in New York have already received between 5-6 feet of snow.

Orchard Park, New York has picked up more than 6.5 feet throughout the weather even and Hamburg has received 71 inches.

Footage taken by Sean Mcgillivray shows a portion of the pileup, which occurred at the Sandusky-Erie county line, south of Sandusky.

Wind gusts, which have been as high as 75 mph in Ohio and New York, will continue to be gusty as high as 40-plus mph all across the Midwest and Northeast on Saturday. Gusts will continue in the 50-70 mph range along and near the Great Lakes.

These winds atop existing snow cover will produce ground blizzards. The gusty winds will also continue to result in damage and power outages.

Wind gusts that were tropical storm-force and even hurricane-force in some areas knocked power out to more than 1.4 million customers from Texas to Maine this week, with a separate ice storm causing outages in the Pacific Northwest.

The lake-effect snow will finally begin to wind down on Christmas evening, and only a few lingering snow showers will remain Monday.

LINK: Get updates and more on winter weather at foxweather.com.