Footage taken by Sean Mcgillivray shows a portion of the pileup, which occurred at the Sandusky-Erie county line, south of Sandusky.

SANDUSKY, Ohio - At least one person is reportedly dead and several others injured after a multi-vehicle pile-up amidst a blizzard in Ohio.

According to local officials, the scene of the crash is on Interstate 80, which is also the Ohio Turnpike, at the Sandusky-Erie county border. That’s south of Sandusky in the northwestern part of the state.

Footage taken by Sean Mcgillivray shows a portion of the pileup, showing a many vehicles involved, including multiple tractor-trailers. One pickup truck appeared to be nose-down with its bed in the air. 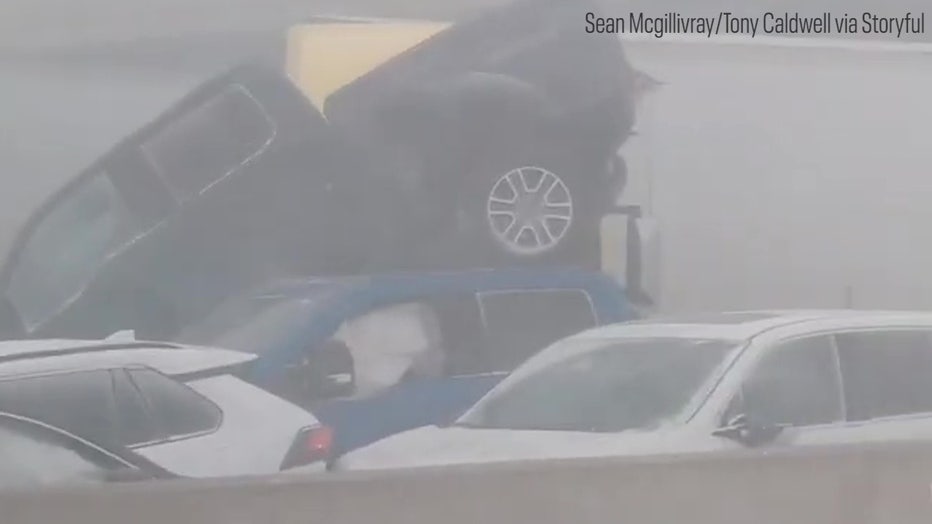 Troopers, deputies, and firefighters are on the scene. The Ohio Highway Patrol says traffic is being diverted around the area and the turnpike is closed.

There was not an immediate word on the exact number of vehicles or status of those injured, though FOX 8 in Cleveland reported 50 vehicles were involved and one person had been killed.

Troopers say weather was to blame. 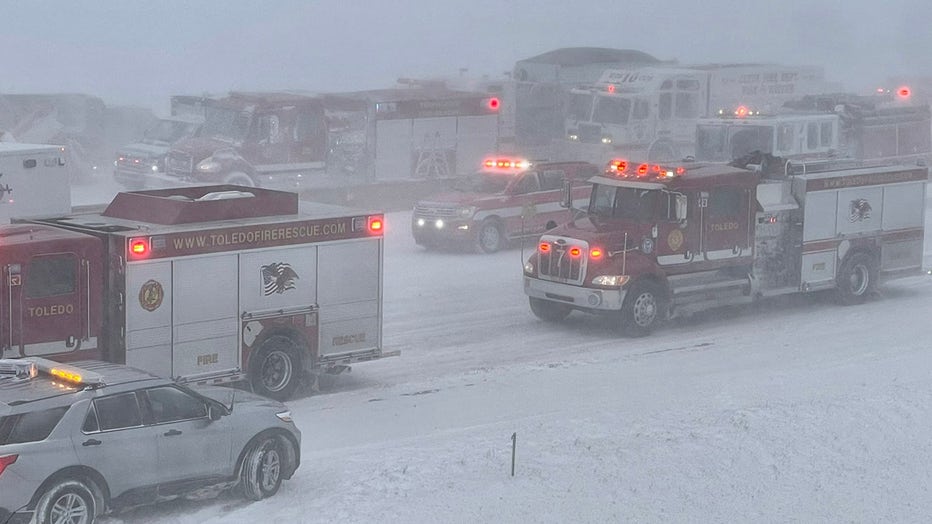 Drivers had been asked to stay off the roads on this busy travel day because of the major winter storm slamming much of the country.

In total, more than 200 million people were under an advisory or warning on Friday, the National Weather Service said. The weather service's map "depicts one of the greatest extents of winter weather warnings and advisories ever," forecasters said.

RELATED: Blizzard in Buffalo: Here's what 'zero-mile visibility' looks like

Power outages have left about 1.4 million homes and businesses in the dark, according to the website PowerOutage, which tracks utility reports. Utilities in Nashville, Memphis and throughout the Tennessee Valley said they were implementing rolling blackouts Friday to conserve power.

And more than 4,600 flights within, into or out of the U.S. were canceled Friday, according to the tracking site FlightAware, causing more mayhem as travelers try to make it home for the holidays.

RELATED: Warming up your car in cold weather can damage your engine. Here's what to do instead

Information from the Associated Press was used in this report.