Why the U.S. is sending tanks to Ukraine

Watch: President Biden discusses why the U.S. and its allies have reversed their previous stance and decided to send tanks to help Ukraine in its fight against Russia.

WASHINGTON - The U.S. will send 31 M1 Abrams battle tanks to Ukraine, reversing months of persistent arguments by the Biden administration that the tanks were too difficult for Ukrainian troops to operate and maintain.

The U.S. decision came on the heels of Germany agreeing to send 14 Leopard 2 A6 tanks from its own stocks. Germany had said the Leopards would not be sent unless the U.S. put its Abrams on the table, not wanting to incur Russia's wrath without the U.S. similarly committing its own tanks.

Since then, both sides had participated in "good diplomatic conversations" that had made the difference and were part of the "extraordinary shift in Germany’s security policy" over providing weapons to Ukraine since Russia invaded 11 months ago. 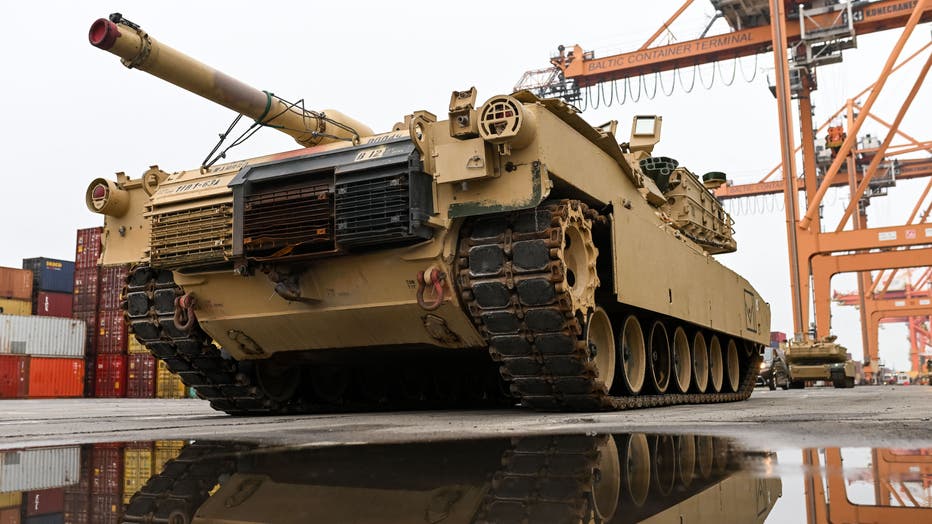 A M1A2 Abrams battle tank of the US army that will be used for military exercises by the 2nd Armored Brigade Combat Team, is pictured at the Baltic Container Terminal in Gdynia on December 3, 2022.(Photo by MATEUSZ SLODKOWSKI/AFP via Getty Images)

The $400 million package announced Wednesday also includes eight M88 recovery vehicles — tank-like tracked vehicles that can tow the Abrams if it gets stuck.

Altogether, France, the U.K., the U.S., Poland, Germany, the Netherlands and Sweden will send hundreds of tanks and heavy armored vehicles to fortify Ukraine as it enters a new phase of the war and attempts to break through entrenched Russian lines.

But there were few answers about what U.S. tanks would be sent — whether they would be pulled from the existing stockpile of more than 4,000 Abrams and retrofitted, or whether the U.S. would use the Ukraine Security Assistance Initiative to buy new systems to possibly backfill allies who send their own or buy new systems outright for Ukraine.

Either way, using the assistance initiative funding route means that while Abrams have now been promised to Ukraine, it will likely be many months before the tanks are actually on the battlefield, and not in time for Russia's anticipated Spring offensive. 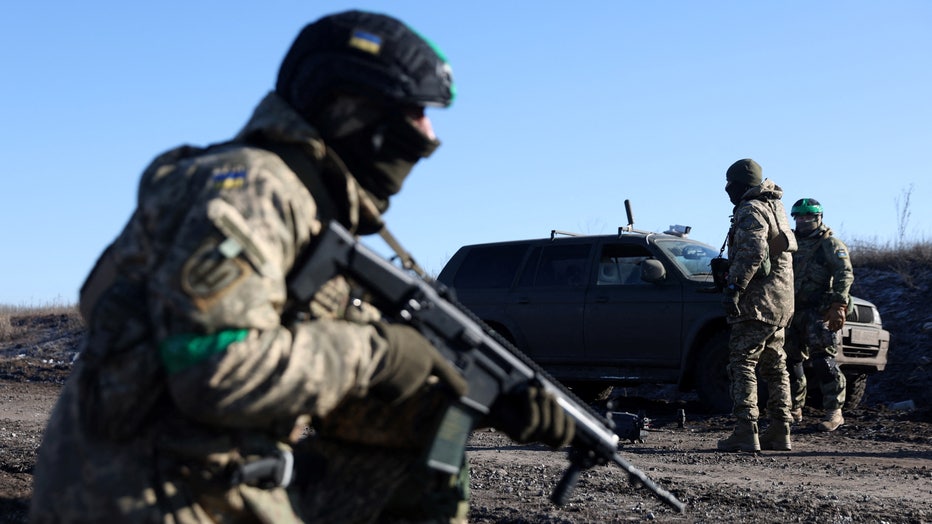 Ukrainian servicemen launch a drone not far from the Ukrainian town of Bakhmut, Donetsk region on January 25, 2023, amid the Russian invasion of Ukraine. (Photo by Anatolii Stepanov / AFP) (Photo by ANATOLII STEPANOV/AFP via Getty Images)

Nechayev said in an online statement that the move "shifts the conflict to a new level of confrontation and contradicts the statements of German politicians about their reluctance to get involved in it."

"We’re seeing yet again that Germany, as well as its closest allies, is not interested in a diplomatic resolution of the Ukraine crisis, it is determined to permanently escalate it and to indefinitely pump the Kyiv regime full of new lethal weapons," the statement read.

Until now, the U.S. has resisted providing its own M1 Abrams tanks to Ukraine, citing extensive and complex maintenance and logistical challenges with the high-tech vehicles. Washington believes it would be more productive to send German Leopards since many allies have them and Ukrainian troops would need less training than on the more difficult Abrams. 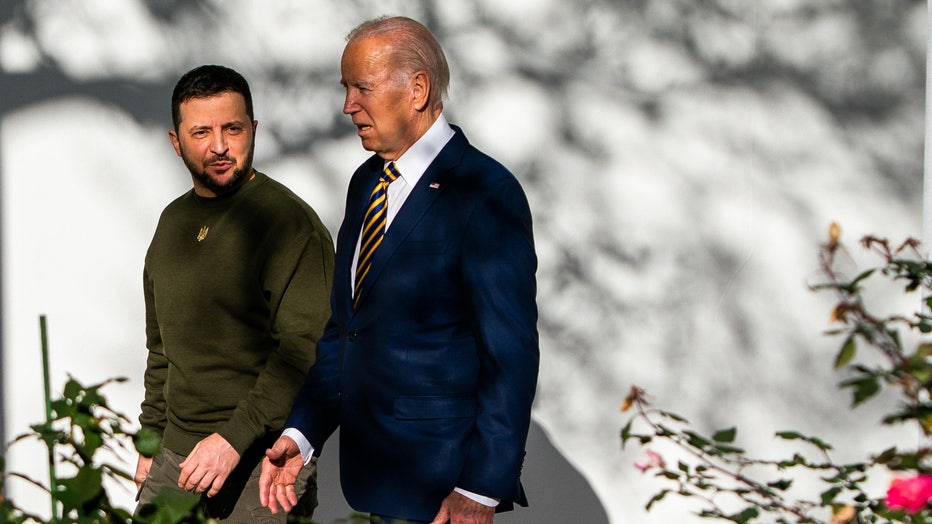 US President Joe Biden and President of Ukraine Volodymyr Zelensky walk to the Oval Office of the White House on Wednesday December 21, 2022. (Photo by Demetrius Freeman/The Washington Post via Getty Images)

Just last week, Under Secretary of Defense for Policy Colin Kahl told reporters that the Abrams is a complicated, expensive, difficult to maintain and hard to train on piece of equipment. One thing Defense Secretary Lloyd Austin has been very focused on, he said, "is that we should not be providing the Ukrainians systems they can’t repair, they can’t sustain, and that they, over the long term, can’t afford, because it’s not helpful."

For the Abrams to be effective in Ukraine, its forces will require extensive training on combined arms manuevuer — how the tanks operate together on the battlefield, and on how to maintain and support the complex, 70-ton weapon. The Abrams tanks use a turbine jet engine to propel themselves that burns through at least two gallons a mile regardless of whether they are moving or idling, which means that a network of fuel trucks is needed to keep the line moving.