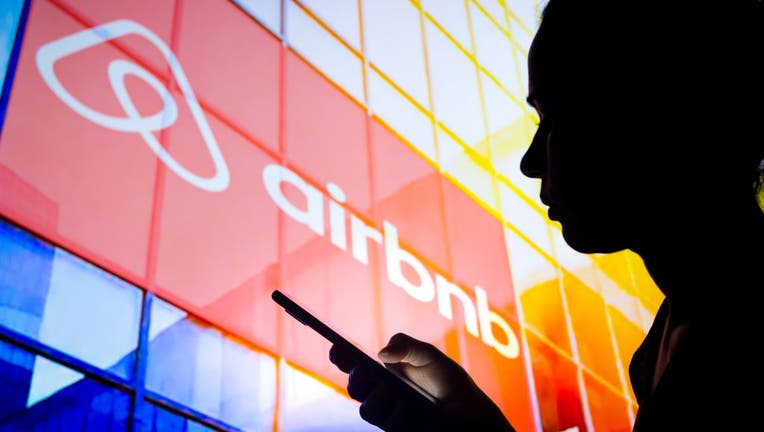 BRAZIL - 2022/03/30: In this photo illustration, a woman's silhouette holds a smartphone with the Airbnb logo in the background. (Photo Illustration by Rafael Henrique/SOPA Images/LightRocket via Getty Images)

Airbnb will no longer allow people to rent out houses where enslaved people formerly lived or worked, according to the company's new anti-discrimination policy.

The platform's policy, which provided an update on its "Work to fight Discrimination and Build Inclusion," follows backlash Airbnb received in July over a "1830s slave cabin" listing that went viral on TikTok.

In a section labeled "Prohibiting the Glorification and Marketing of Slavery," the company states that in July 2022 it "took a series of steps to address the listing of properties in the US that were known to include former slave houses" which "have no place on Airbnb."

WHAT YEAR WAS SLAVERY ABOLISHED IN THE US?

The online marketplace, which facilitates short-term housing and apartment rentals, immediately removed listings that included former slave houses and started working with experts such as historic preservation architect Jobie Hill "to address other US-based properties and Experiences associated with slavery."

Airbnb said it is in the process of implementing the new policies and assessing listings that may be impacted.

"We also recognize that Experiences on our platform can provide important educational context, and when undertaken with reputable partners and experts, we will permit the listing of certain educational tours of slave houses, former slave plantations, and other slavery-related sites in the US," the policy added. "We continue to work with established experts to develop the necessary criteria for slavery-related educational Experiences."

The viral TikTok, posted by lawyer Wynton Yates, described the listing as "not OK in the least bit," asking how it's okay to rent out "a place where human beings were kept as slaves" as a bed and breakfast.

The property, called the "Panther Burn Cottage" on the Belmont Plantation, was described in the listing as "an 1830s slave cabin" that "has also been used as a tenant sharecroppers cabin," according to the TikTok.