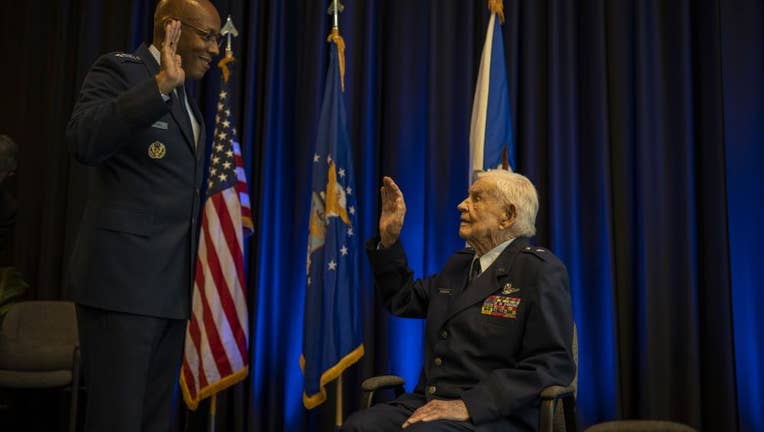 MCCLELLAN, Calif. - A 100-year-old World War II triple ace has been promoted more than 77 years after the war ended.

Retired Col. Clarence E. "Bud" Anderson was given the honorary rank of brigadier general on Dec. 2 at the Aerospace Museum of California in McClellan, California.

Air Force Chief of Staff Gen. CQ Brown, Jr. presided over the ceremony, which coincided with the 75th anniversary of the U.S. Air Force’s establishment as a military service. Local and state leaders were also in attendance.

"It is a real, real pleasure and honor to be here today with you," Brown said during the ceremony. "As you might imagine, I get to do some pretty neat things, and this is one of them. This is the second opportunity I've had to promote someone from our Greatest Generation." 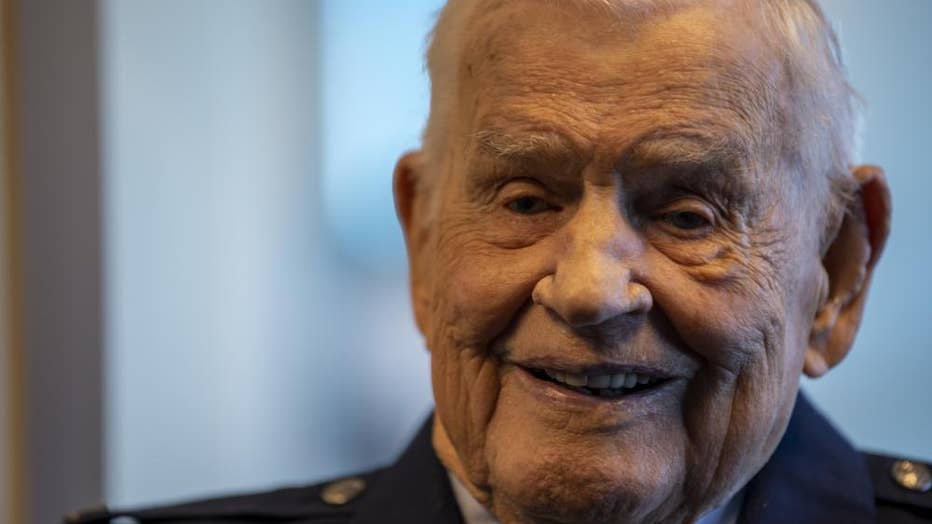 According to the military, Anderson flew 116 combat missions as a fighter pilot and leader with the 357th Fighter Group during WWII. He also shot down 16 ¼ enemy aircraft during combat in his P-51 Mustang, earning the title "triple ace."

"Ace" describes a fighter pilot who has been credited with shooting down five enemy aircraft, according to the military.

"To all the young people that have the ambition to join the Air Force," Anderson said. "Have at it! You can be what you want to be and you should know that when you like what you do, you can excel, be a better person at your job to do it better."

Anderson, a native of California, is the last WWII triple ace and the oldest living American fighter ace. He served from 1942 to 1972. His awards include two Legions of Merit, five Distinguished Flying Crosses, 16 Air Medals and the Bronze Star. When he retired from active duty, he worked at the F-15 test facility at Edwards Air Force Base, California.

"For me, he represents all the guys he flew with," his son, retired Lt. Col. Jim Anderson, said. "He's the last of them."

"[Bud’s] kind of a wrecking ball of a guy and I think for many of us, probably wouldn't want to have him behind us shooting us down—he had a distinguished career," Brown said. "It was really good to have a chance just to read through [some of Bud’s service records] and for me personally to reflect on the impact you had on our history of our Air Force."

Before the ceremony started, Anderson was asked how it feels to receive this honor; he said he was too overwhelmed to answer that question.