Want to own a piece of history? An abandoned mining town in southwestern Colorado has landed on the real estate market and the photos highlight its storied past.

Investigators in Colorado say the man was hospitalized after eating rat poison but “can not account for how it got in the food.”

The 21-year-old experienced a medical emergency as he left his dorm for class earlier this week, the academy said.

Using meth indoors can virtually allow anything to become contaminated, including carpets, furniture, walls and surfaces.

The EPA is probing Colorado’s oversight of the state’s biggest polluters and whether the effect of that pollution on Hispanic residents and other racial minorities is discriminatory.

Police in Thornton, Colorado, have confirmed that two people died in a shooting at a Jehovah's Witness temple on Christmas morning.

Five people were killed and 17 wounded in the Nov. 19 attack at Club Q in Colorado Springs.

The two largest reservoirs on the river, Lake Mead and Lake Powell, are at unprecedented low levels.

Democrat challenger Adam Frisch netted a total of four votes in the recount, far from enough to close a 500-plus vote gap with Republican Rep. Lauren Boebert.

The man accused of killing five people at a gay club in Colorado Springs was arrested for felony menacing and kidnapping in 2021, but the charges were later dropped.

Anderson Lee Aldrich, 22, has been formally charged with hate crimes after five people were killed and 17 others wounded in a shooting last month at a gay nightclub.

Colorado photographer Dr. Jason Persoff spends time during Denver's snowy winters photographing snowflakes and got a rare treat when he spotted a snowflake that appeared to have 12 sides instead of the usual six.

Colorado doctor and photographer Jason Persoff is taking the time to make sure the hidden beauty of snowflakes don't go unnoticed, including a rare 12-sided snowflake he captured last week. 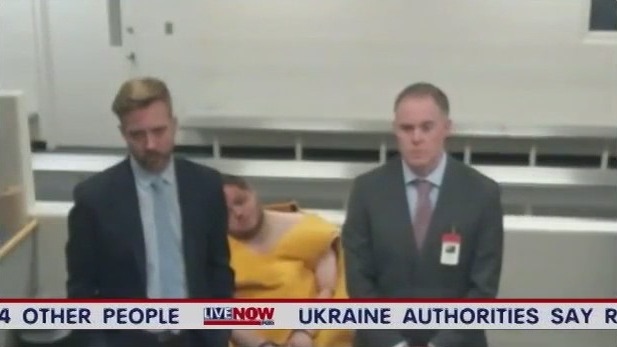 The suspect in the deadly LGBTQ nightclub shooting in Colorado Springs, Colorado, made an initial appearance in court by video and was held without bail. In a brief video appearance from jail, 22-year-old Anderson Lee Aldrich could be seen slumped in a chair, with visible injuries on the side of their face.

Anderson Lee Aldrich, appearing in court via video conference for the first time since the attack that left five dead and more than a dozen injured, answered a few questions in a barely audible voice. Video courtesy El Paso County Court via FOX.

Investigators have not revealed a possible motive after a gunman opened fire inside of a Colorado Springs LGBTQ nightclub over the weekend, killing 5 people and wounding more than a dozen others. FOX News' Claudia Cowan spoke with LiveNOW from FOX's Josh Breslow about the man .deemed a hero, for tackling the shooter, and stopping the rampage.

Army veteran Rich Fierro talked to reporters about the night of the shooting at a Colorado nightclub. (Courtesy of FOX Extreme Reach)

Watch: Authorities give an update after a mass shooting at a Colorado Springs, Colorado nightclub left 5 people dead and 18 others wounded.