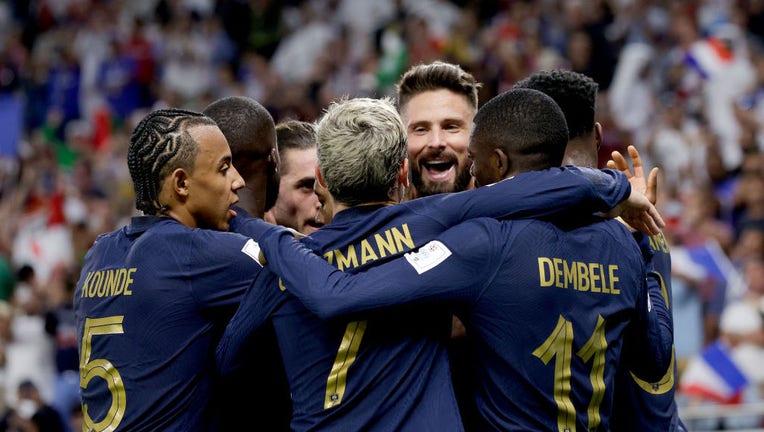 DOHA, Qatar - A cold virus is running through the France squad ahead of the World Cup final against Argentina on Sunday, affecting at least three players in the squad.

Rabiot wasn't in the lineup in Wednesday's match at Al Bayt stadium. Upamecano was in the lineup as a substitute but didn't play. Deschamps said Upamecano was recovering from "three difficult days" since playing in the quarterfinals against England on Saturday.

"However, we have four days until the next game, so he should be available for Sunday," the coach said, adding back-up winger Kingsley Coman had also felt feverish. 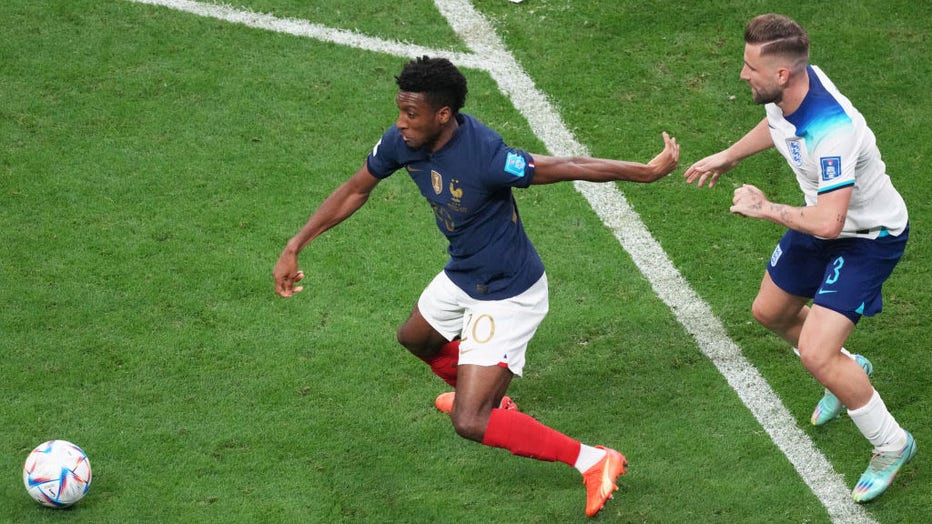 FILE - Kingsley Coman of France in action under pressure from Luke Shaw of England during the FIFA World Cup Qatar 2022 quarter-final match between England and France at Al Bayt Stadium on Dec. 10, 2022, in Al Khor, Qatar. (Photo by Etsuo Hara/Getty

He insisted he expects all his players to be healthy for the final against Argentina.

"It’s ’flu season now, and in that sense, we have to be careful," he said. "And also, the players have put in a huge shift and their immune system might be a little run down."

RELATED: For Lionel Messi, France is perfect challenge as he chases immortality

France has been training outdoors in Qatar and Deschamps noted the "use of air conditioners may also affect" how the virus is circulating, echoing comments earlier in the tournament from the Brazil camp.

Seven of the eight World Cup stadiums cool the air at field level while interiors of buildings and transport in Qatar are routinely air-conditioned.

Switzerland also had an outbreak of heavy colds and had two starters missing for a decisive group-stage game against Serbia.

History of the World Cup

How the World Cup became the world's most popular sporting event.

The daytime heat has settled at around 25-27 Celsius (77-81 Fahrenheit) for the final week of the month-long tournament which started with temperatures in the low-30s (high 80s).

"The temperatures have dropped in the last few days, and you always need to be careful," Deschamps said. "Regarding the virus, we’re not worried, really."