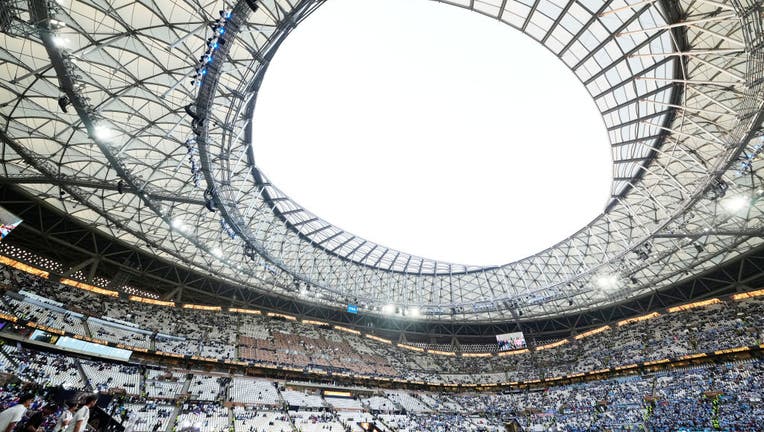 General view inside the Lusail stadium prior to the FIFA World Cup Qatar 2022 Final match between Argentina and France at Lusail Stadium on December 18, 2022 in Lusail City, Qatar. (Photo by Jose Breton/Pics Action/NurPhoto via Getty Images)

The World Cup champions will earn $42 million in prize money for their soccer federation.

The losing team in Sunday's final between France and Argentina will get $30 million from a FIFA prize fund of $440 million.

When France won the World Cup in 2018, the country's federation got $38 million from FIFA’s $400 million prize fund.

Not all the money goes to players, but they are expected to get a good chunk of it. France players such as Kylian Mbappé are in line to be paid a bonus of 554,000 euros ($586,000) by their federation for winning the final, French sports daily L’Equipe reported.

Every national soccer federation gets at least $9 million in prize money for playing at this year's World Cup, plus $1.5 million for each toward costs of preparing for the tournament.

Third-place team Croatia earned $27 million in prize money. Morocco, which ended up in fourth, will be paid $25 million.

FIFA’s total revenue for the past four years was $7.5 billion, with most from broadcast and sponsorship deals, plus ticket and hospitality sales.