A six-year-old shot a teacher at an elementary school in Newport News, Va. on Friday, according to the city's police department. Newly-elected Mayor Phillip Jones joined LiveNOW from FOX's Josh Breslow to share his thoughts on the way the situation was handled.

He was 6, in his first-grade class in Newport News, Virginia. He pointed a handgun at his teacher, police say, and then he pulled the trigger. And across the nation, people ... didn't quite know how to react.

Even in a country where gun violence is sadly commonplace, the story of a small boy with a gun is reverberating in a big way. There has been finger-pointing. Confusion. Floundering for answers. Mass grappling with deeply uncomfortable feelings. And questions: How could something like this possibly happen? Where in the national consciousness do we put it?

"It is almost impossible to wrap our minds around the fact that a 6-year-old first-grader brought a loaded handgun to school and shot a teacher," Mayor Phillip Jones said that day, Jan. 6. "However, this is exactly what our community is grappling with today."

It’s not just his community, though, and it wasn’t just that day. This is a country full of people who know exactly what they think about everything, and say so. Yet many are throwing their hands up at this. In a land awash in hot takes, it’s a head-scratcher. A heart-scratcher, even.

"I never thought elementary students being the shooter was a possibility we would ever see," says Kendra Newton, a first-grade teacher in Florida. 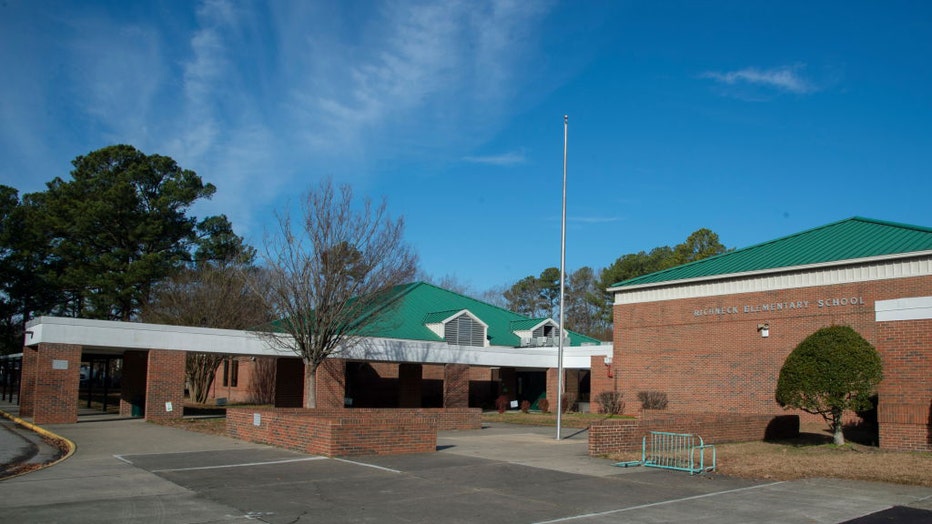 That may be because it sits outside what people are accustomed to. Jennifer Talarico, a psychology professor at Lafayette College in Easton, Pennsylvania, believes the case hits differently in part because it violates society’s expectations for both school shootings (of which there were two others elsewhere in the country that day) and childhood itself.

"Sadly, we have schemas, we have rubrics, we have archetypes for school shootings in this country. We have a sort of script for these things," said Talarico, who has studied how people remember indirectly experienced events. "Using the phrase ‘school shooting’ as a shorthand leads us to develop that story in our heads, and when the facts of the case are so different ... that is what is surprising."

Americans typically view childhood as an encapsulation of the best of our society and values, Talarico says — innocence, fun, joy, love. Anything that challenges that deep-seated view unearths complicated questions about the culture and community in which a child is being raised — whether it be local culture and community or the entire nation.

"That’s some hard self-reflection," she says. "That is why the story is resonating with people."

Americans are left struggling with a scenario that doesn’t fit into any bucket. But as jarring as that may feel, there’s a danger in trying to force the incident into a familiar framework, says Marsha Levick, chief legal officer and co-founder of the Juvenile Law Center.

She believes Americans have become "so stuck in a place of punishment" that they have lost the ability to have conversations outside those boundaries. By labeling the shooting with the loaded word "intentional," Newport News Police Chief Steve Drew is inviting people to view it as a criminal act, Levick asserts.

"That is ludicrous. It is absurd. It is utterly inconsistent with science and what we know about human development and child development," she says. "Let’s own that. This was not a criminal act."

Levick would like law enforcement to acknowledge that "this is not our lane," as it did more than two decades ago in one of the few cases from the recent past that bears some resemblance to the Virginia shooting. When a 6-year-old boy shot and killed a classmate in Michigan in 2000, Genesee County Prosecuting Attorney Arthur Busch didn't go after the boy, but after those who provided access to the gun.

In an interview last week, Busch said he’s been surprised by the repeated use of "intentional" by Newport News police.

"It was like fingernails on a chalkboard when I heard the police say it was intentional," he said. "We don’t call it intentional when it’s a 6-year-old. ... He’s not old enough to have intent."

Busch, who later became a defense attorney and retired in 2018, remembers visiting the boy at a group home and squeezing into a child-sized chair to chat. The boy proudly showed him pictures he had colored and his favorite toys. A smile revealed two missing front teeth, and they talked about the tooth fairy and the Easter Bunny.

"He was excited because he knew he was going to get candy," Busch said. "It was quite clear that he was not hatching any diabolical plots. He was just a typical little kid. He was a baby, pretty much."

Busch remembers being dumbfounded when notified of the 2000 shooting. "I just couldn’t wrap my head around that," he said. But he knew immediately he wouldn’t bring any charges.

"The only thing to do with that boy is get him out of that situation, find the best place for him," Busch said. "This kid had probably never seen love in his life. We needed to wrap our arms around him as a community, and love and protect him."

The Virginia case is sure to stir debate about gun control and school safety. But Moira O’Neill, who led New Hampshire’s Office of the Child Advocate for five years, says anyone feeling shaken by the incident can take a few simple steps. She says an abundance of research shows that the best way to support child development and promote resilience is to offer children a sense of belonging.

In short: Don't let your shock paralyze you. Take steps to value children in your own community.

"This is not a big commitment. This is simply knowing the kids, knowing their names, and giving the impression if they need help they can ask," she said. "If neighbors choose to settle with being shocked, without thinking through ways they can contribute to child well-being and safety, they are sending the message that the children are not valued."

Whether all the reflection around the Virginia shooting leads to change remains to be seen. Talarico, whose work includes studying the "memory-laden language" that often surrounds big events, says imperatives like "Never Forget" don’t always lead to sweeping action — particularly when it comes to guns.