What travelers need to know if flight is delayed or canceled

The 'Bomb Cyclone' winter storm will impact millions of Americans, leaving many stuck at airports across the U.S. Former airline executive, Kurt Ebenhoch gave LiveNOW from FOX's Josh Breslow some little-known tips about what to do if your flight is delayed or cancelled.

According to the Transportation Security Administration, the gun parts were wrapped in plastic and stashed inside two JIF peanut butter containers. They were found in his checked luggage.

He was arrested by Port Authority police and "guaranteed to get a lump of coal from Santa," a TSA spokesperson said. 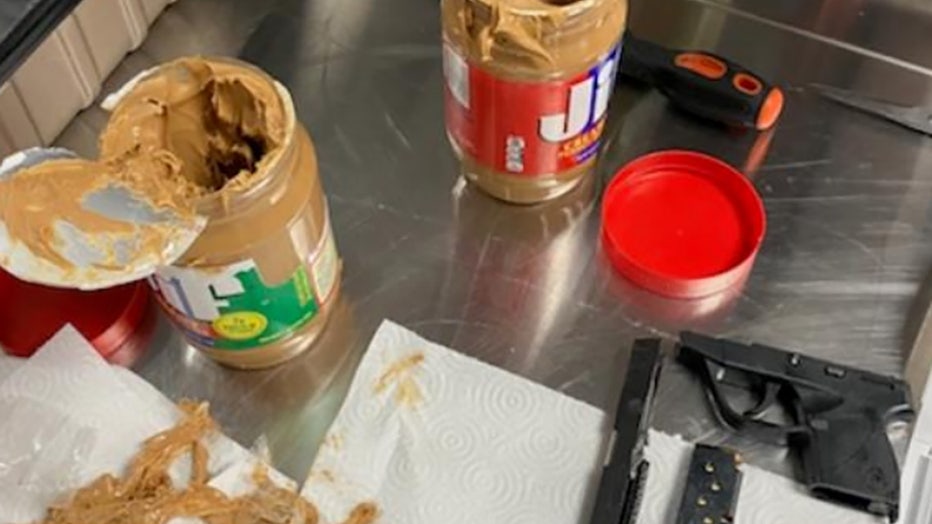 TSA has recorded a record number of firearms found at airport security checkpoints throughout the country in 2022.

As of Dec. 16, the agency has stopped 6,301 firearms from getting past security checkpoints this year. More than 88% of them were loaded, according to a TSA press release.

In 2021, 5,972 firearms were detected at security checkpoints, according to the agency.

TSA said it is increasing the maximum civil penalty for a firearms violation to $14,950, which is determined on a case-by-case basis "based on the circumstances in each case."