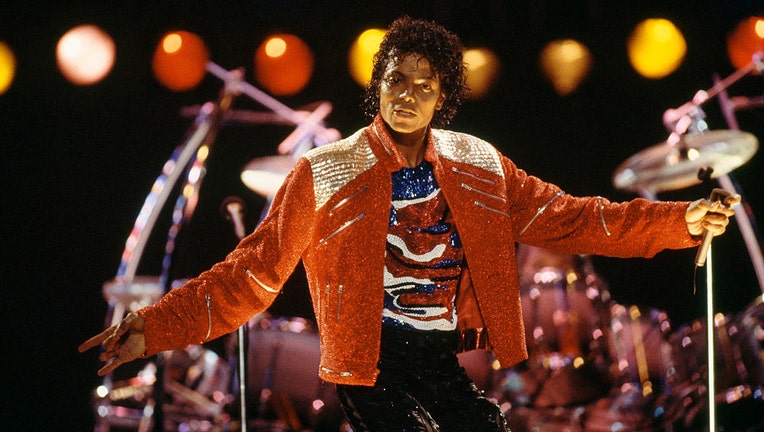 One of the most iconic music albums and videos ever made still has fans singing and dancing decades after both took the music world by storm.

The album debuted on Nov. 30, 1982, and the nine-track masterpiece featured hits like "Billie Jean," "Thriller," "Beat It," and "Wanna Be Startin' Somethin'."

Nearly a year later on Dec. 2, 1983, Jackson debuted the music video "Thriller" which was historic because it changed how music companies promoted and marketed a musician’s album release, according to Billboard.

RELATED: Ola Ray on the thrill of working with Michael Jackson in iconic music video

"Thriller" became one of the best-selling albums ever and was certified 34x platinum by the RIAA in 2021, and it was added to the Grammy Hall of Fame and Library of Congress in 2008.

The music video premiered on MTV in 1983. In the video, Jackson and his date, played by actress Ola Ray, are watching a movie. The duo leaves the theater and they take a detour through a graveyard on the way home. "The King of Pop" turned into a monster and then a zombie and performs a classic dance routine with other zombies that rose from the dead.

Rolling Stone noted that CBS Records didn't want to cover the cost of the video, and MTV had a policy of not paying for clips. Jackson and Landis funded their budget for the video by getting MTV and Showtime to pay $250,000 each for the rights to show a 45-minute documentary titled "The Making of Thriller."

An annual tradition among many worldwide is gathering in a random space to perform the "Thriller" zombie dance in a flash mob performance.

The Guinness Book of World Records recorded the largest number of people to take part in the dance. On Aug. 29, 2009, a staggering 13,597 participated in an event organized by the Instituto de la Juventud del Gobierno del Distrito Federal at the Monumento a la Revolucion, in Mexico City, Mexico.

Jackson, who died at 50 years old in 2009, has left a legacy that has influenced some of the biggest names in music, including Chris Brown and Ciara. The two entertainers celebrated "Thriller’s" anniversary with a video of them choreographing some of Jackson’s signature moves.