ANCHORAGE, Alaska - Summer Myomick bundled her baby against the freezing winds whipping off the Bering Sea and stepped outside into a blur of blowing snow. It was a short walk from the school where she had visited relatives to the health clinic about 150 yards away, but the young mother could hardly have seen where she was going — or the terror that was approaching.

Myomick, 24, and her son, 1-year-old Clyde Ongtowasruk, made it just beyond the front of the Kingikmiut School in Wales, Alaska, just below the Arctic Circle, when a polar bear emerged from the impenetrable snow squall and mauled them Tuesday. It was the first fatal polar bear attack in 30 years in Alaska, the only U.S. state that is home to the animals.

As the attack unfolded, the principal ordered a lockdown and closed the blinds so the children couldn’t see what was happening outside the entrance. Several employees and community members left the safety of the building and tried to scare away the bear with shovels.

The mauling stopped temporarily, but only when the animal turned on them, and they rushed back inside. Principal Dawn Hendrickson slammed the door in the face of the charging bear, possibly saving lives, according to Susan Nedza, chief administrator of the Bering Strait School District. 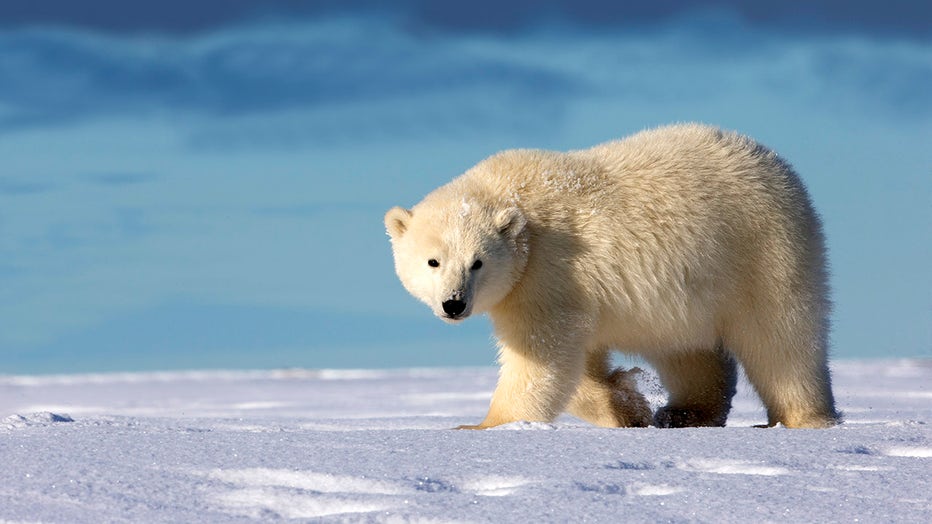 "The polar bear was chasing them and tried to get in as well," said Nedza, who received frantic calls about the attack in Unalakleet, about 250 miles away. "Just horrific. ... Something you never think you would ever experience."

There is no law enforcement in Wales, so with the bear still outside, a call went out to community members for help. A person who has not been identified showed up with a gun and killed the bear as it continued to maul Myomick and her son.

It appears the mother and toddler had no idea what was coming because of low visibility, Alaska State Troopers spokesperson Austin McDaniel told The Associated Press on Thursday.

The immediate family was living at the school temporarily while they were fixing electrical issues in their home, according to a post on a GoFundMe fundraising site established to help the family "in the face of unfathomable tragedy and heartbreak." 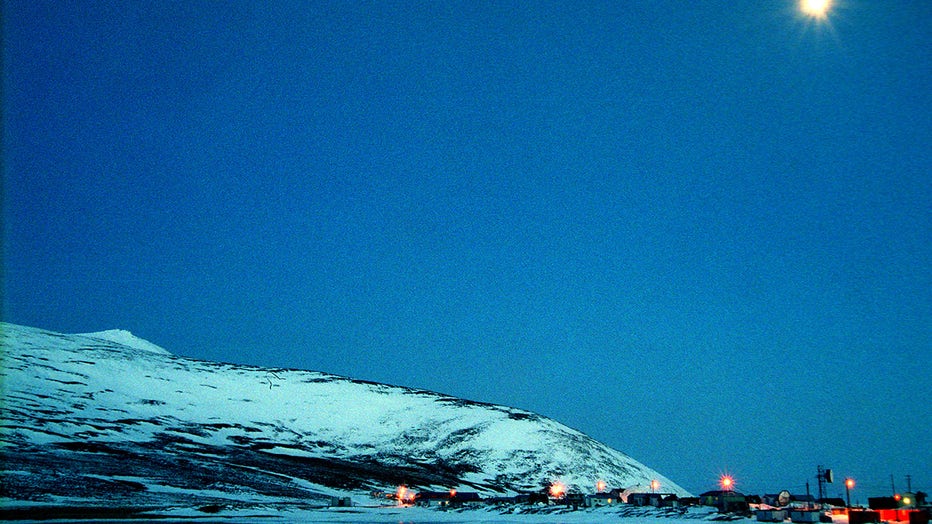 File: The town of Wales, Alaska, is the western-most settlement on the mainland U.S. (Photo by Essdras M Suarez/The Boston Globe via Getty Images)

Wales, a whaling community, is the westernmost point on the North American mainland — just 50 miles from Russia across the Bering Strait — and is home to about 150 people, almost all of them Inupiat. It's accessible by plane and boat, including barges that deliver household goods. Winter trails provide snowmobile access to other communities and subsistence hunting grounds.

Kingikmiut School, like other schools in many rural Alaska Native communities, doubles as a community center. The view from its front, where the attack occurred, is an endless expanse of frozen snow and ice to the horizon.

Nedza, the school district chief administrator, said she received a call from a distraught Hendrickson just after 2 p.m. Tuesday. She said the students were locked down and safe.

The snowstorm that camouflaged the bear, along with a lack of runway lights at Wales’ gravel air strip, prevented Alaska State Troopers from flying in an officer and a state wildlife official from Nome to investigate until Wednesday. 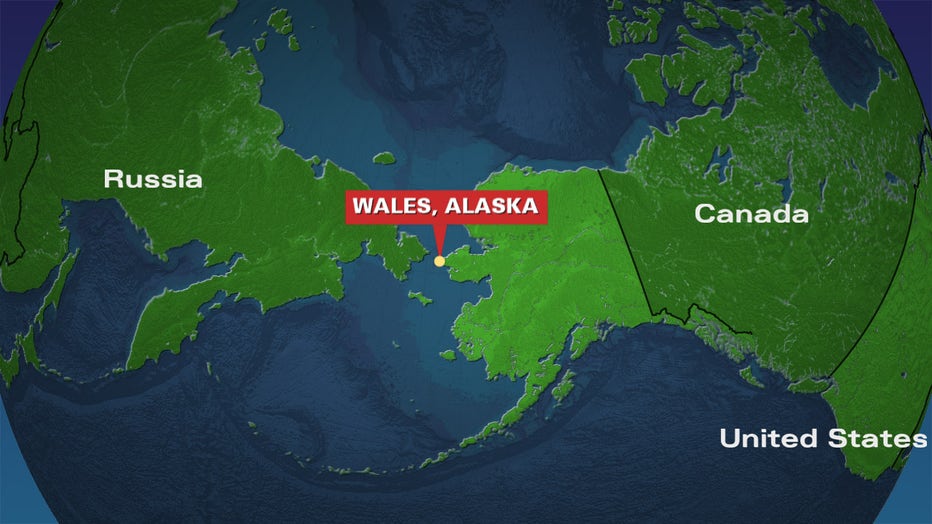 It's not known what prompted the attack. However, polar bears see humans as prey, said Geoff York, the senior director of conservation at Polar Bear International.

Samples from the bear were taken for the state veterinarian, and the bodies of Myomick and her son were flown to Nome for eventual transport to the State Medical Examiner’s Office in Anchorage.

School was cancelled Wednesday so students could be with their families, and the school district flew counselors to Wales. The school planned soft openings Thursday and Friday with no classes but opportunities for students to meet with counselors, get a meal or play a game, Nedza said.

Alaska scientists at the U.S. Geological Survey in 2019 found changes in sea ice habitat had coincided with evidence that polar bears’ use of land was increasing and that the chances of a polar bear encounter had risen.

As world leaders continue to ramp up efforts to curb climate change, the specter of polar bears looms over them.

Polar bears are the largest bear species, according to the U.S. Fish and Wildlife Service. Males typically weigh 600 to 1,200 pounds but can reach more than 1,700 pounds and as many as 10 feet in length. Females weigh 400 to 700 pounds. Polar bears generally feed on seals, but also walruses and beluga whales.

They were listed as threatened under the Endangered Species Act in 2008 and are also protected under the Marine Mammal Protection Act. Both laws prohibit harming the animals without authorization, unless necessary for human safety.