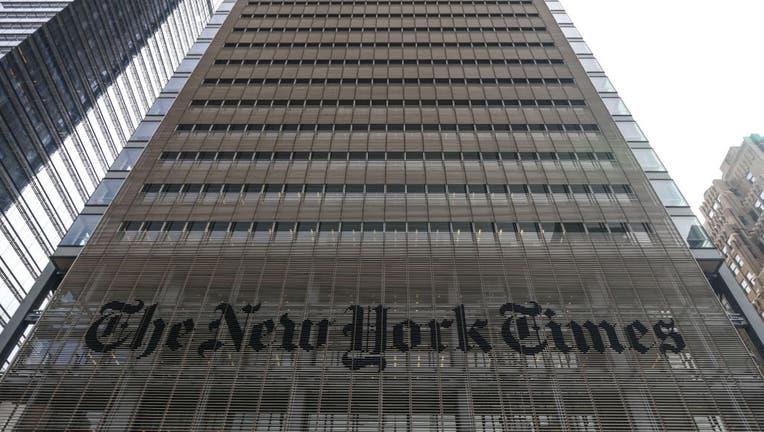 The New York Times published a crossword puzzle on Sunday, the first day of the Jewish holiday Hanukkah, that many readers thought was shaped like a Nazi Swastika.

No one involved with the puzzle seemed to notice. In a Times column about the Sunday crossword, Caitlin Lovinger wrote, "I love the geometry in this puzzle — so many stair steps! — and feel that it contributes to a certain evenness in the solve." Ryan McCarty, the puzzle’s constructor, described the design as a "fun whirlpool shape."

But The Times was criticized heavily on Twitter by people across the political spectrum for what they thought what was clear to see.

Keith Edwards, a Democratic strategist and Lincoln Project alum, tweeted, "This is the NYTimes crossword puzzle today on the first day of Hanukkah. What the hell, @nytimes?"

"I personally believe swastikas shouldn’t appear in the New York Times, intentionally or otherwise. Didn’t think that would be a controversial take," he continued.

"I know that the @nytimes crossword wasn’t intentionally laid out as a swastika so I guess the sin here is bad editing. How did this get approved without somebody noticing?" Sam Sokol, a reporter at Haaretz.com, tweeted.

Sara Luterman, a reporter with the left-wing 19th News, asked, "Is it just me or does the @nytimes crossword look kind of swastika-y today?"

"It’s the first night of Hanukkah, so the NYT gives us a swastika crossword puzzle…," Aaron Lavinsky, a photojournalist with the Star Tribune, tweeted.

BIDEN ADVISER DODGES ON WHY PRESIDENT DID NOT VISIT BORDER: ‘IS THAT THE BEST USE OF HIS RESOURCES?'

"Intentional swastika or not, the fact that the @nytimes @NYTGames would have a staff so insensitive to not catch it, is worthy of discussion & action. This is not getting the attention it deserves. #NeverAgain," said former Obama and Biden fundraiser Eric Ortner.

Brian Robinson, a former New York Congressional candidate, tweeted ,"I know the @nytimes is not, how do I say it, the friendliness paper to Jewish folk (outside of the nutty far left self haters), but this subliminal crossword puzzle is NEXT LEVEL."

On the same weekend the Times published the disturbing crossword puzzle, its editorial board published a piece slamming Israeli Prime Minister Benjamin Netanyahu as an extremist and warning that Israeli democracy is at risk. They described the incoming leader's return to power as "a significant threat to the future of Israel — its direction, its security and even the idea of a Jewish homeland."

Antisemitic hate crimes are up this year substantially - January 2022 saw a 300% increase over January 2021.