Scientists Down Under went to new depths to see a world never-before explored with human eyes.

Australian researchers searched deeper than scuba divers and submarines could go. Cameras explored the frigid sea bottom, under enormous pressure, down to 3.6 miles under the surface.

And look what they found… 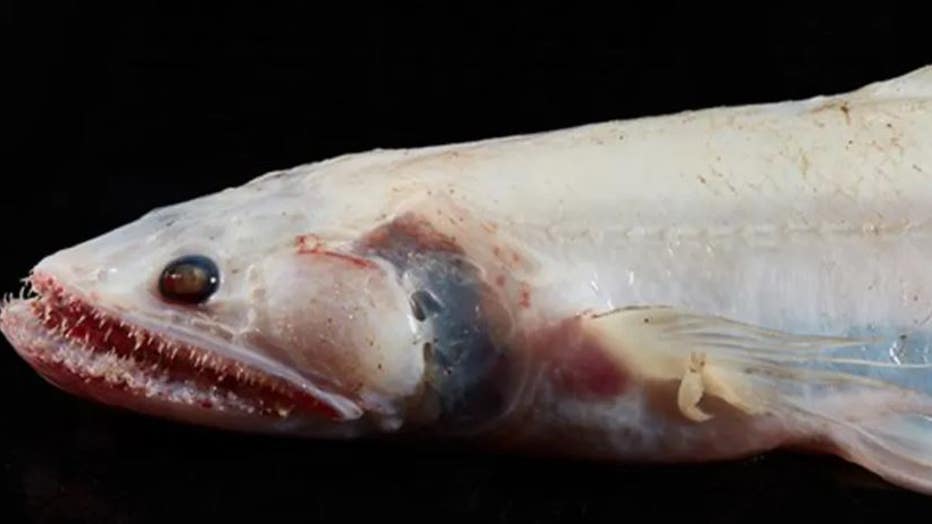 "There are wonderful things that live in the Twilight Zone with bioluminescence, lights and big fangs," Dianne Bray, Senior Collections Manager at the Museums Victoria Research Institute in Australia, told FOX Weather. "The deep sea is our least known environment, and we captured just a tiny amount."

The "Twilight Zone" sits on massive, ancient volcanoes, now seamounts, that are 40 to 120 million years old. The largest mountains in Australia, above or below water, can be 42 miles across, and the only surface evidence of them is the tiny, tippy-tops that we know as Christmas and Cocos (Keeling) Islands. The area is Australia’s newest Marine Parks, designated in March. 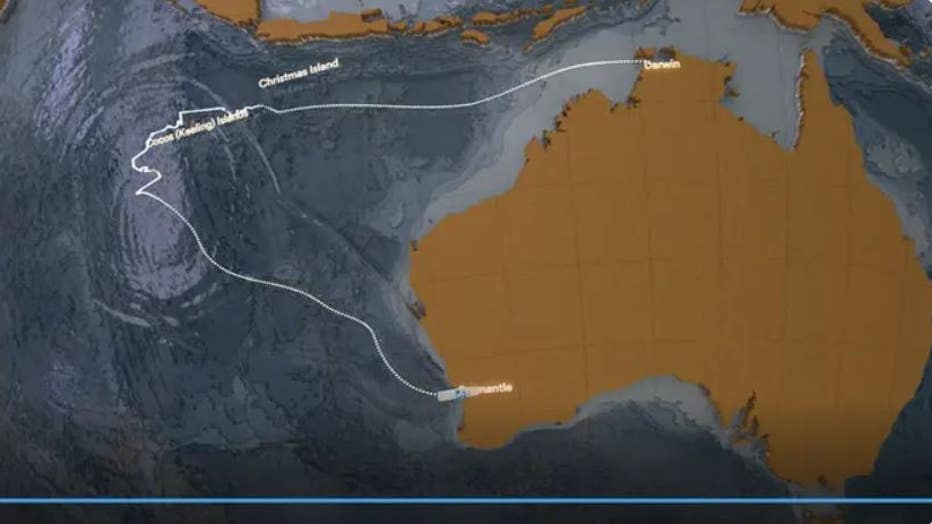 The ship started in Darwin, Australia and motored 3,000 miles west to the area around Cocos Keeling Islands. Cocos is only 1,692 miles southwest of Jakarta. The trip terminated in Freemantle, Australia. The 8,000-mile journey took 35 days. (FOX Weath

"And the seamounts get studded with these enormous monsters, and yet we know nothing about them," explained Tim O’Hara, chief scientist of the mission, before his 35-day journey to the unknown. "No scientific expedition has been there to look at the biology or the fauna down there. So we'll be the first."

They welcomed the never-before-seen blind eel. It is covered in loose, transparent and gelatinous skin. 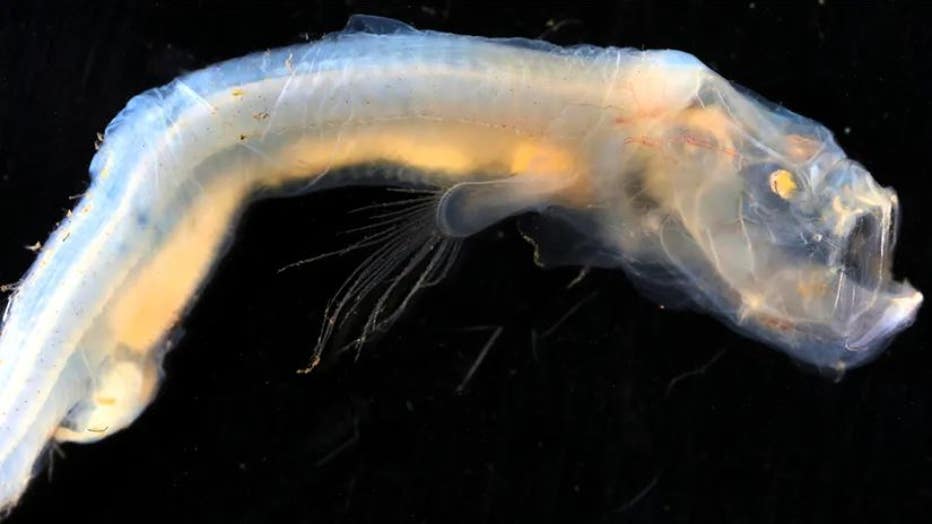 "They're also livebearers. So the females give birth to live young," Bray marveled at the oddity in fish. "So they really don't have any dispersal mechanisms. They don't have larvae that get carried around in the current."

The blind eel was just one of the hundreds of specimens that O’Hara and his team brought back to the Institute.

"We expect maybe a third of all the animals that will bring back will be new species," said O’Hara.

"Those amazing deep-sea fishes that stand high up off the seafloor on their long, thin fin rays and face into the current to feed," said Bray.

"They're not only just hermaphrodites, they're simultaneous hermaphrodites. So they have a functional ovotestis, which is a pretty interesting reproductive strategy and a great one for life in the deep sea where animals are rare," continued Bray. "So maybe they only have to meet one other fish to mate."

The fish have fully formed ovaries and testes complete with sperm. They can not inseminate themselves, but they can inseminate any other tripod fish.

The unique oceanography of the area evolved creatures with wholly specialized features. 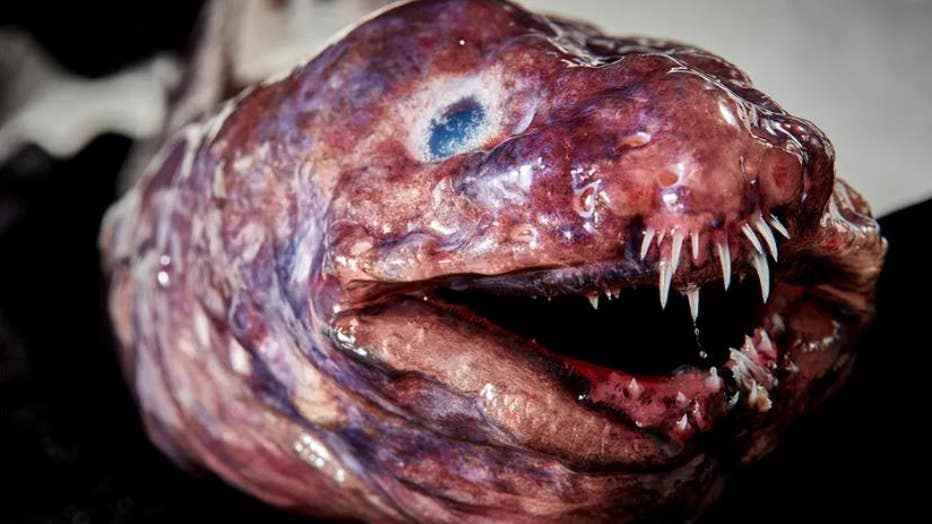 "The Cocos Keeling Islands area is a really interesting area because it receives currents from Africa, from the western Indian Ocean and also from the Pacific," Bray explained. "We were trying to work out what kinds of animals live there that are unique to this region and what animals are fairly widespread."

Take a look at the Sloan’s Viperfish with huge fangs that are visible even when its mouth is closed. They sport rows of light organs along with one at the tip of their long upper fin with which to attract prey. 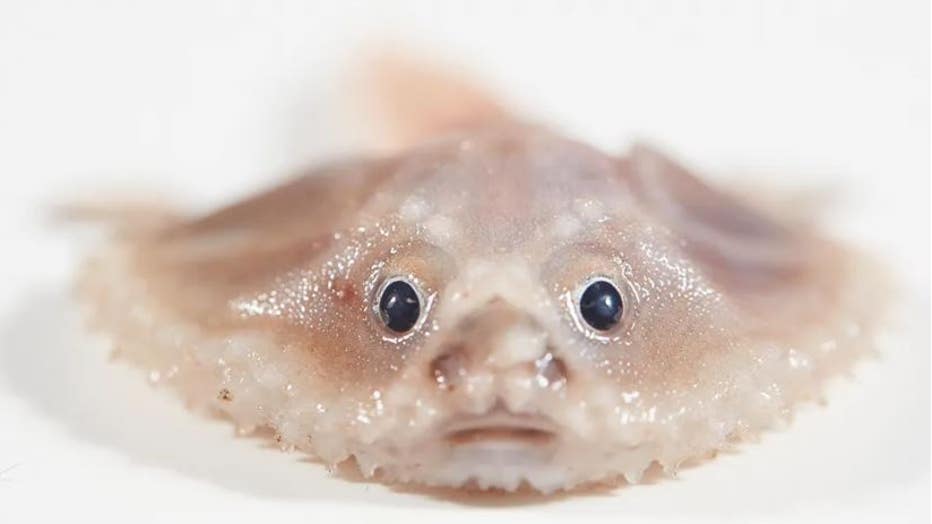 Among pumice stones that are likely from Krakatoa’s 1883 eruption in Indonesia, you can also find the Slender Snipe Eel. It has a long tail that can stretch over 3 feet in length. The tail is similar to a thread, though. The entire animal weighs under 2 ounces.

‘BUCKY’ THE LUCKY KOALA RESCUED FROM FLOOD BY KAYAKER

The pancake sea urchin, with its poison-tipped spines, flattens out, like a pancake when out of water. 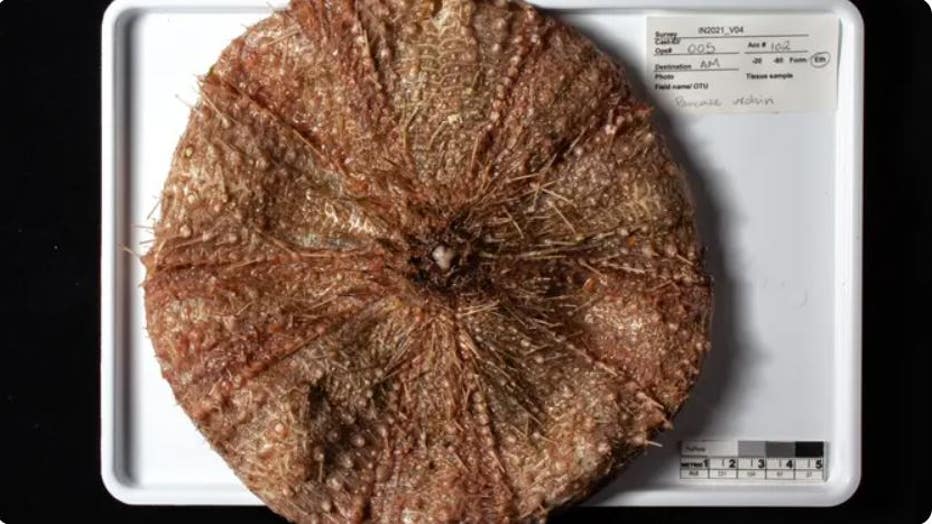 This pancake urchin flattens like a pancake when out of water. (FOX Weather)

The institute collects DNA and then maps and traces the species’ biogeography and evolution to not only learn about the world humans share with animals but learn how to better coexist with nature.

"So it's a really important role that something that museums alone are capable of doing. There's still parts of the world that are completely unknown," said O’Hara. "This is like the wild west of Australia, it's just it's an unknown territory. And so, to be the first person or the first group of people to go there and explore this area in detail is a privilege. And it's a very exciting endeavor." 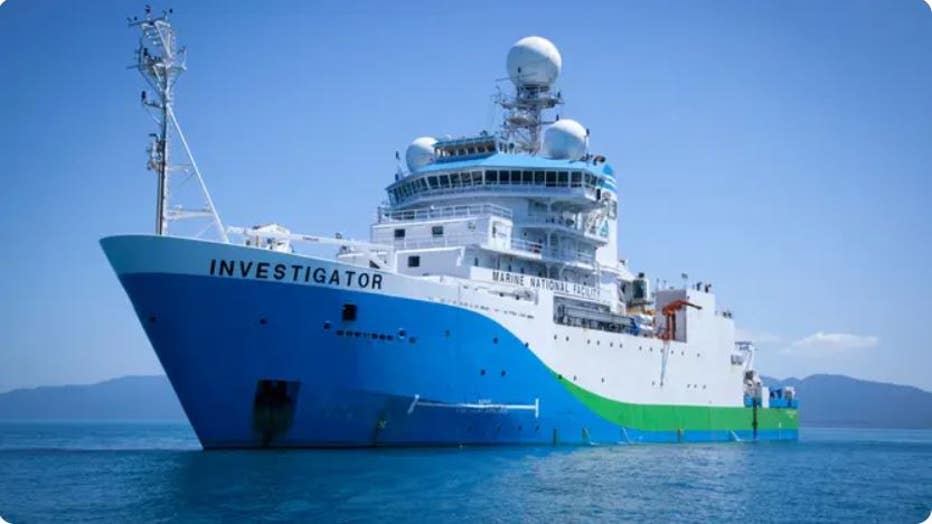 The research vessel Investigator travelled to Australia's Indian Territories with a team of scientists from the Museums Victoria Research Institute in Australia. (FOX Weather)

The team mapped the ocean floor with high-tech multibeam sonar and cameras. Nets and sleds collected samples that are now being studied.